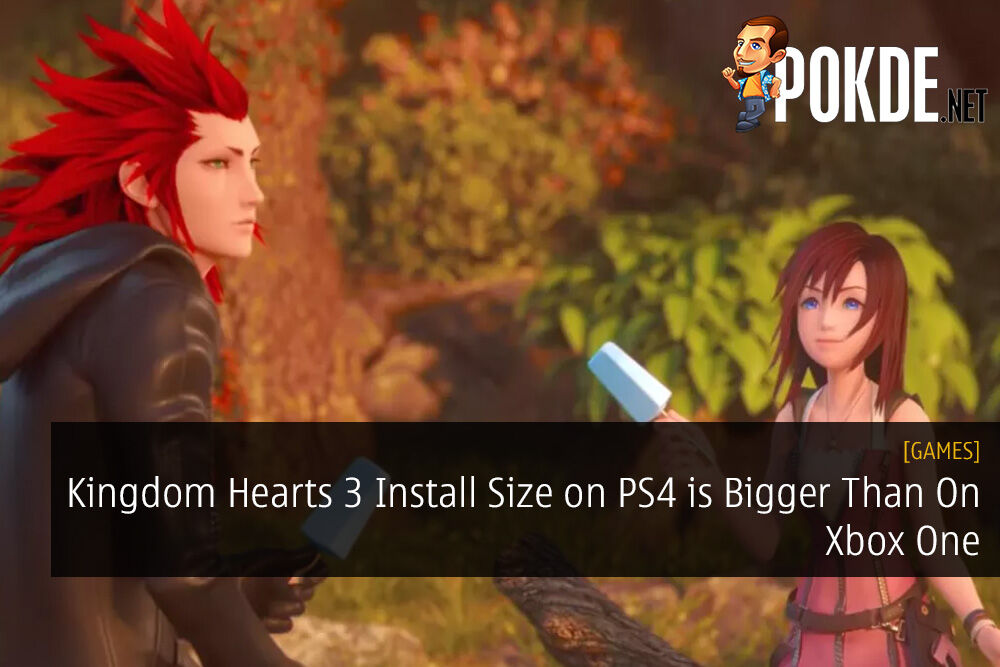 It appears that images of the Kingdom Hearts 3 PS4 cover has surfaced on Twitter. While it is in Japanese, we do get to see some valuable information, including the install size for the PlayStation 4 version of the game.

While no one knows for sure why there’s a somewhat noticeable difference in the Kingdom Hearts 3 install size for both versions, the game is expected to play the same on both platforms. There should not be any exclusive plot-related content that is exclusive to just one platform.

It’s also worth noting that the 40 GBs mentioned for it may just be a safe indication as to how much free space you should have at least, and the final count could actually be essentially the same.

Kingdom Hearts 3 will be coming to the PlayStation 4 and Xbox One on 29th January 2019. Japan will be getting the game a few days earlier, on 25th January 2019 instead.

Pokdepinion: We’re essentially a month away from the game’s release and I cannot be anymore excited than I am now. I’m just hoping there would not be any sudden delays or anything like that.

Aiman Maulana
Jack of all trades, master of none, but oftentimes better than a master of one. YouTuber, video editor, tech head, and a wizard of gaming. What's up? :)
Pokde Recommends
consoleJRPGkingdom heartsKingdom Hearts 3MalaysiaSquare EnixstorageGamingNewsPS 4XBOX One
MORE
Read More
637