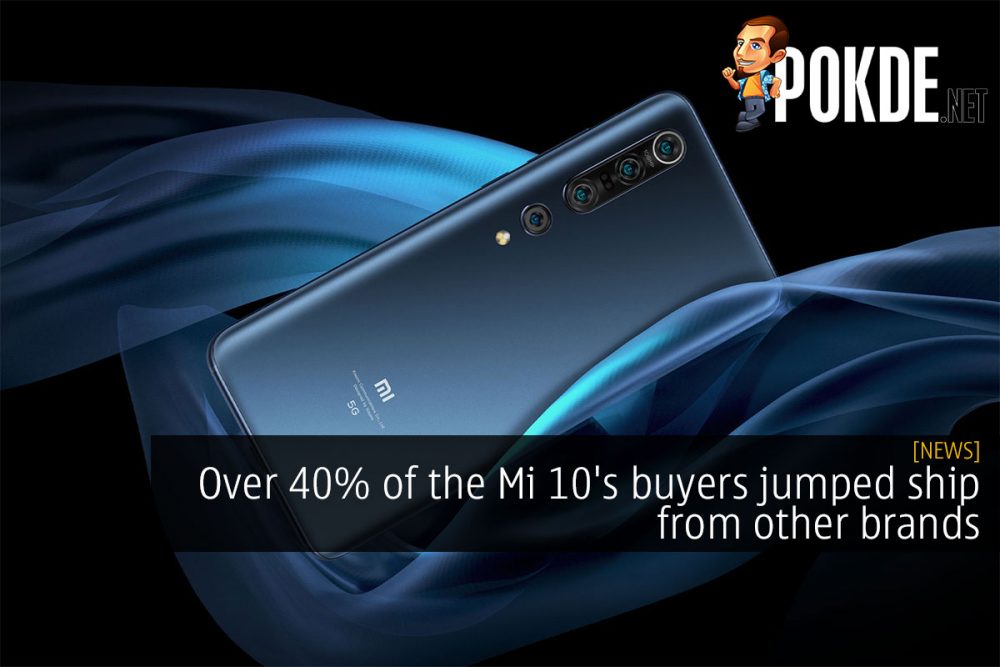 After an impressive first sale which generated over 200 million CNY (~RM118 547 033) in under a minute, Xiaomi has stepped up to announce another tidbit about the Xiaomi Mi 10’s debut sales. Over 40% of the buyers were users of other smartphone brands. 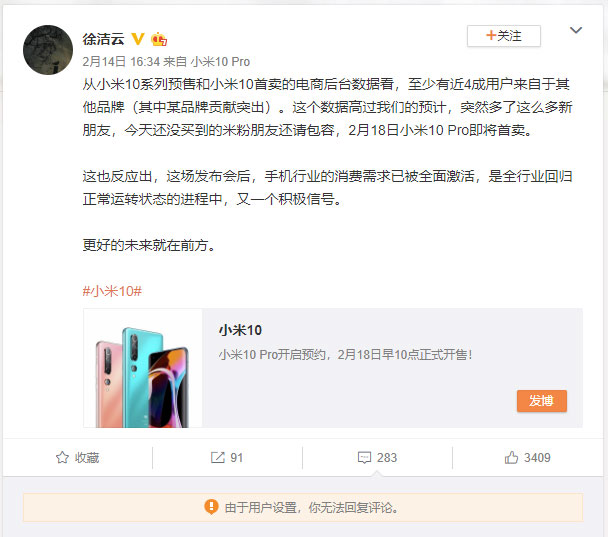 Xu Jieyun, general manager of Xiaomi’s PR department shared this information on Weibo. He then hinted that a certain brand’s users contributed the highest amount of sales, expressing surprise that there are so many new Xiaomi fans. He also apologized to Xiaomi fans who didn’t manage to snag a Mi 10 for themselves and that the Mi 10 will be available again on 18th February. 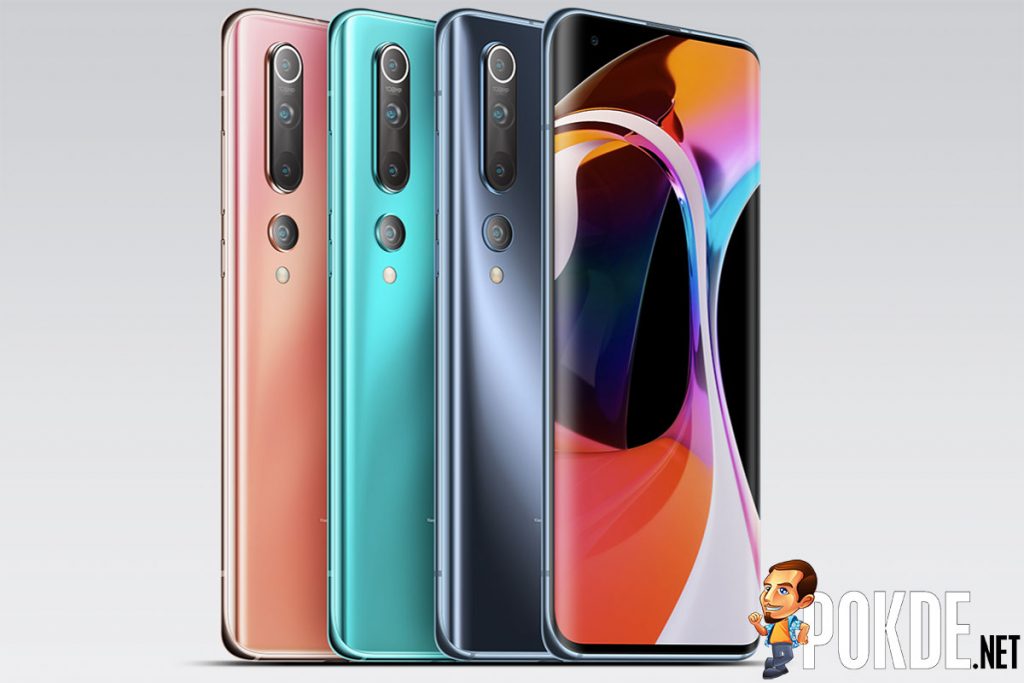 The Xiaomi Mi 10 treads into a new price bracket for Xiaomi flagships but given the prices of recent flagships, they are still relatively affordable. It does come with a much more sumptuous feature set than many smartphones in its price range though, which may have contributed to its popularity.

Which brand do you think was Xu Jieyun referring to when he mentioned that their users were the largest group that jumped ship over to Xiaomi? Regardless, it shows that the smartphone industry is still very much active, and consumers are still always on the lookout for the next big thing, even if it doesn’t come from the biggest players.

Pokdepinion: The Xiaomi Mi 10 looks like a pretty sweet device, but I am still waiting on its international launch…