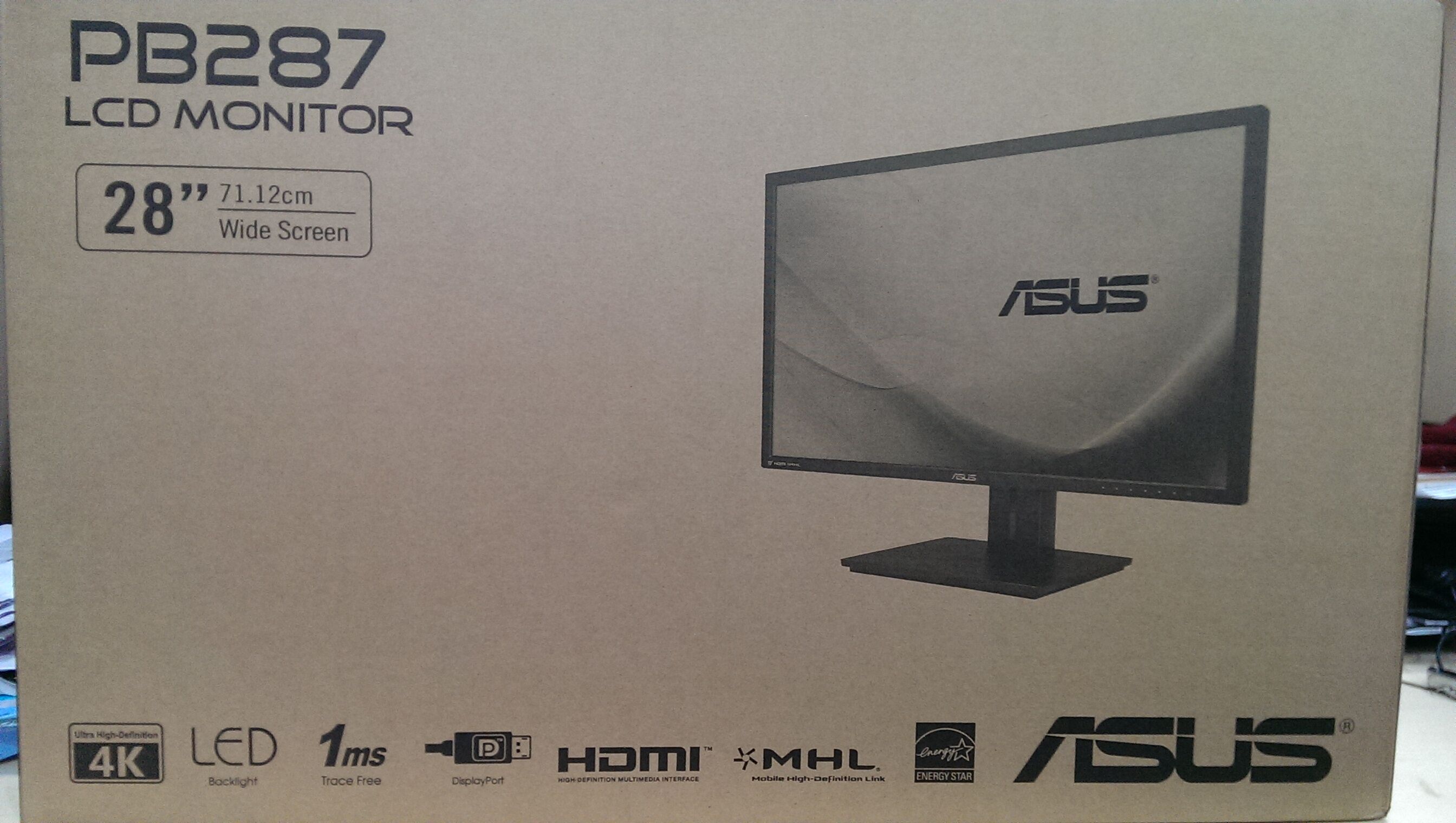 I'm thinking of a nice solid reason to tell the world that this display has vanished so that no one can take it away from me. Any gamer that has experienced 4K will have a hard time going back to anything lower really!

When I was in high school, one of the toughest lesson that I taught to myself (proudly without Google coz’ it didn’t exist back then) was to understand display resolutions. It took me about 30 minutes of repeating “1024 x 768” to memorize my desktop’s resolution back then – just so that I could look smart when someone asks me about my desktop. Little did I knew back then of what the future was carrying in this field. There is nothing to be denied here, by the time my house had a HDTV, people around me were already talking jargons like 720p and 1080p and I told myself, “Here we go again, another round of memory intensive procedure”. Now, all that seems so yesterday to me really but we have actually came a long way in high-definition era. The future is here and it’s called “4K”. Basically, multiply your HD resolution by 4 and you get 4K. Yes, we are now entering a totally different world that is about to create a stir of awe and awkward. I couldn’t be happier to obtain the first-hand privilege in Malaysia really. 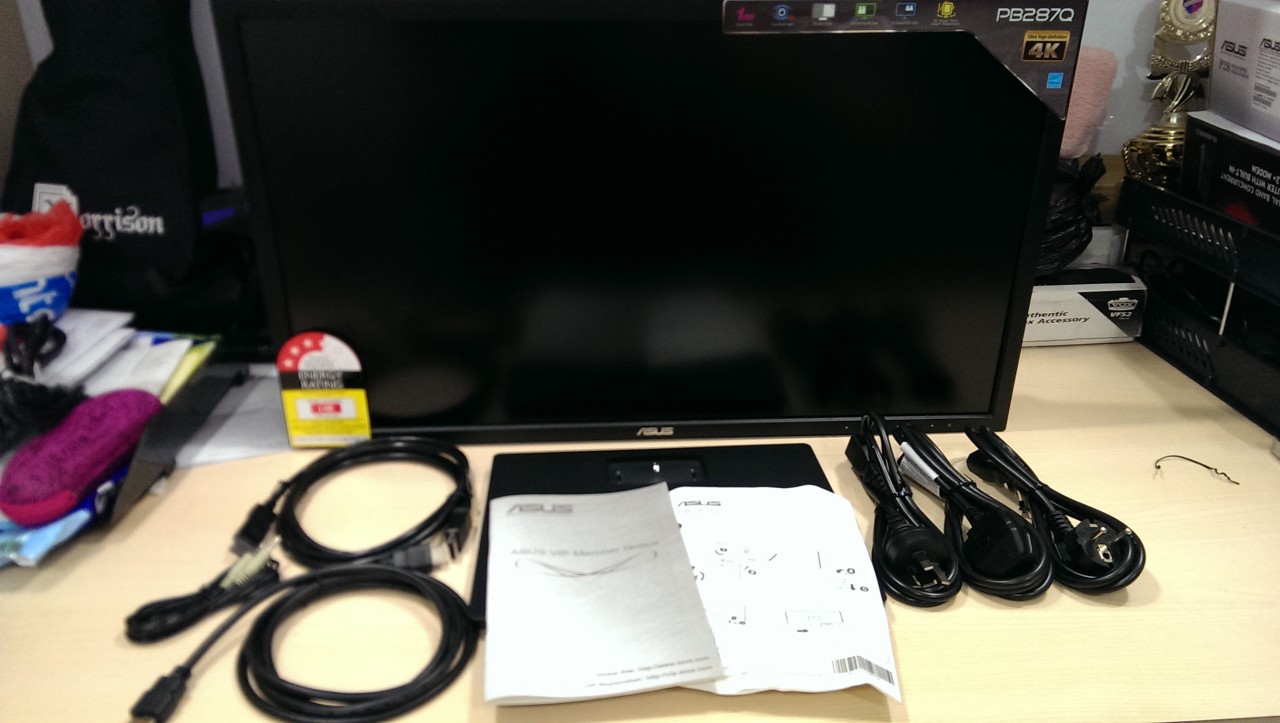 The package is unboxed to a couple of goodies.

I’ve been planning to replace my existing Philips displays with the ASUS’ MX239 Borderless displays. Plurals because I’m used to two monitors now and it’s just too hard to get rid of the habit. Then something landed in our mini lab – The ASUS PB287Q LED display. And it’s not tough to identify the supremacy of this product really. That 4K badge is powerful enough to get you all excited and hyped up. Under the box, is a panel possessing a whopping 3840 x 2160 resolution flickering at 60Hz. The only computer display that I have seen that has higher frequency than this is the one on my Alienware MX17R3 which is 120Hz because of its 3D capabilities. Packing a WLED with pixel density of 157ppi and 100,000,000:1 Contrast Ratio along with a 1ms gray-to-gray response time, this beast is not going to be easy on your pocket. That is expected though, because 4K is a luxury for now. Follow along.

A Beast for a Beast 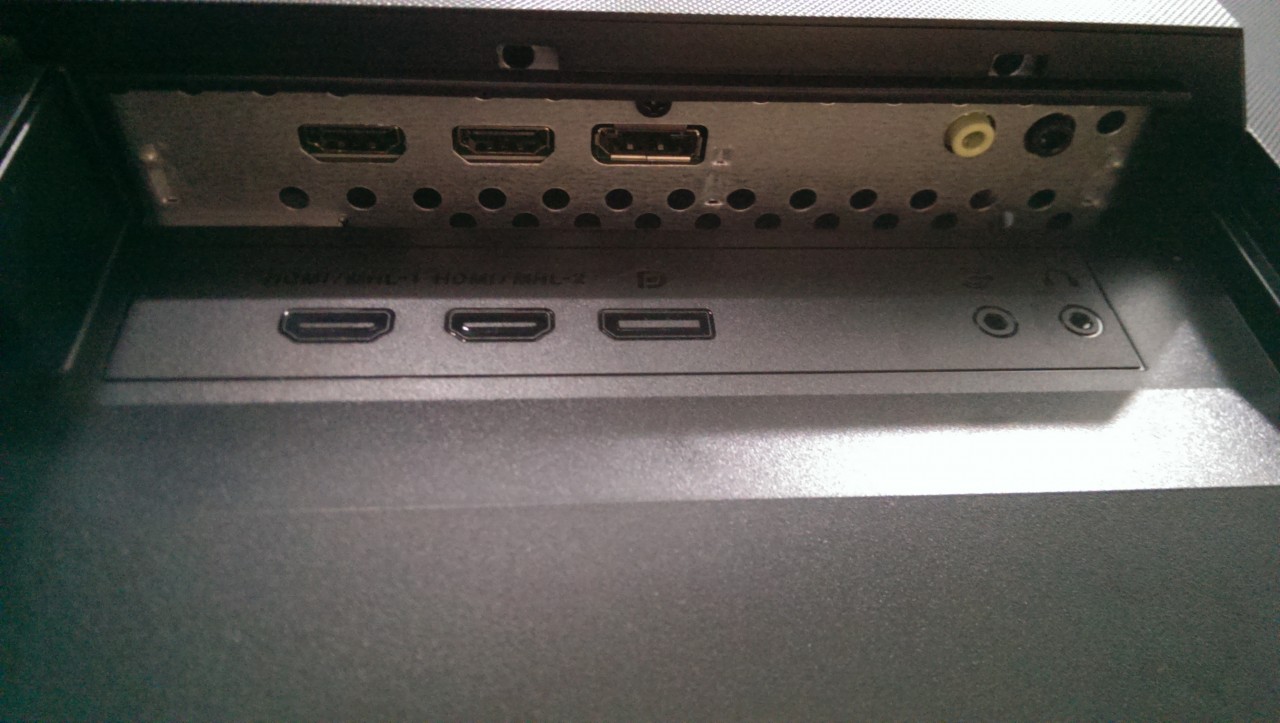 Before you close this window and head down to your local store to get one of these, I suggest you stop right there and continue reading. Just because your pocket allows you to buy a display that is almost the same price of a conventional desktop, does not mean this is for you yet. Most conventional desktops today can’t even render 1080p projections without stutters, let alone 4K. To fire up this display at its maximum potential, daddy had to fully utilize 2 units of ASUS 780GTX Direct-Cu2 on SLI with one of them just dedicated for PhysX! This was along with an i7 4770K at 3.5GHz (non-OCed) fed with 16GBs of 2400MHz DRAMs churning data on a 240GB Kingston HyperX SSD with all this nicely mounted on a Maximus VI Formula motherboard. Yes kids, daddy was gaming on a setup worth more than RM15,000.00 literally. With all that horsepower, I fired up Battlefield 4 at 4K resolution with Ultra settings. The outcome? I was immersed in one of the best gaming experience a human could ever experience – except the fact that there were minor stutters. Stutters? YES! 4K is not a joke. If you are only going to utilize it for 1080p gaming, you might as well just resort to the MX239 instead. Or your 4K display is just going to look like a power-induced photoframe only. I am going to wait until someone appears out of the blue and sponsors me two units of GTX Titans. I told you, I can’t live without two displays, so I will need 2 units of these PB287Q displays to satisfy my thirst. 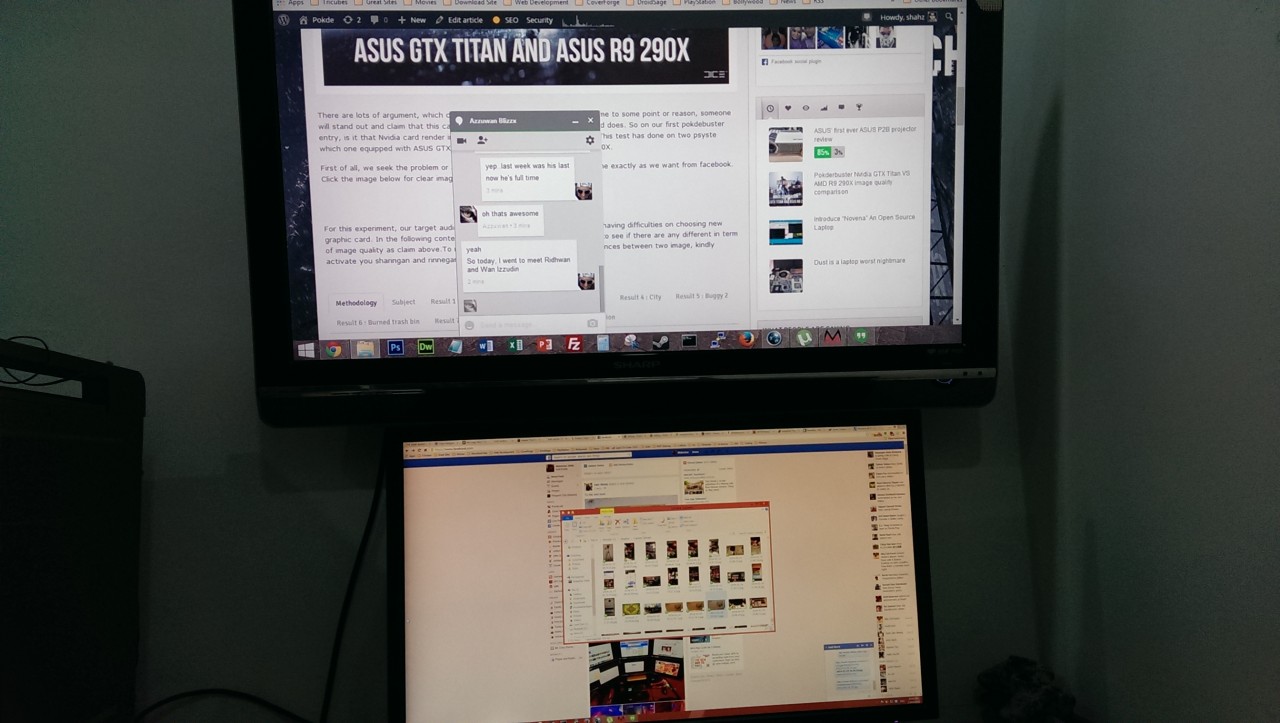 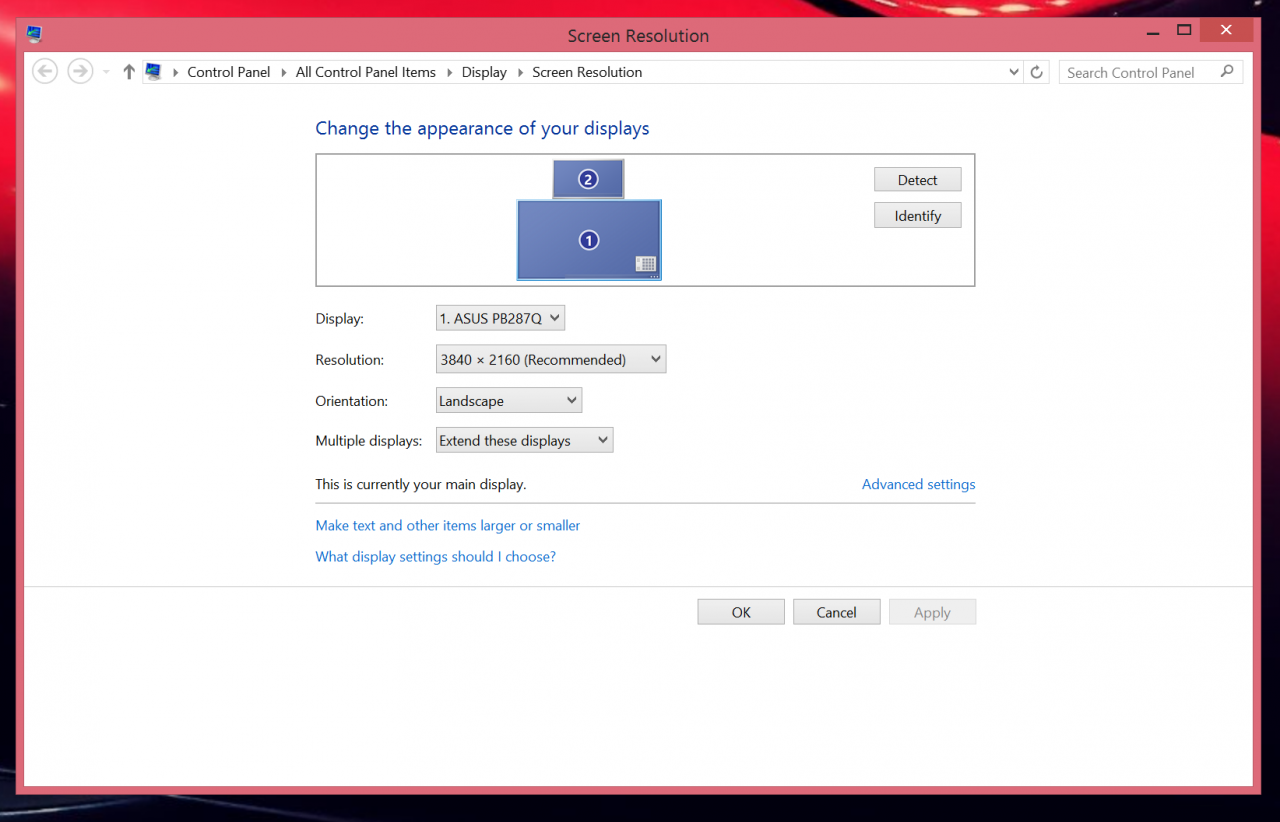 One of the fun part about this 4K display was the Splendid Plus Video Intelligence Technology that is capable of optimizing the display output by enhancing the colors, brightness and sharpness. There are several modes; Standard, Theater, sRGB, Gaming, Night Mode, Scenery, Darkroom and Reading Modes. These modes can be switched with just two clicks of buttons really and it does what it promises excellently. You might be wondering if you really need these modes, but trust me, when you have a resolution this big, your average facebook webpage looks like a mobile rendered page and the background feels pinkish in theater mode. I’ve never tinkered with my Philips display’s settings at all for as long as I have had them but I have switched these modes on the PB287Q more than 20 times just on its first day.

Gymnastics on a Display 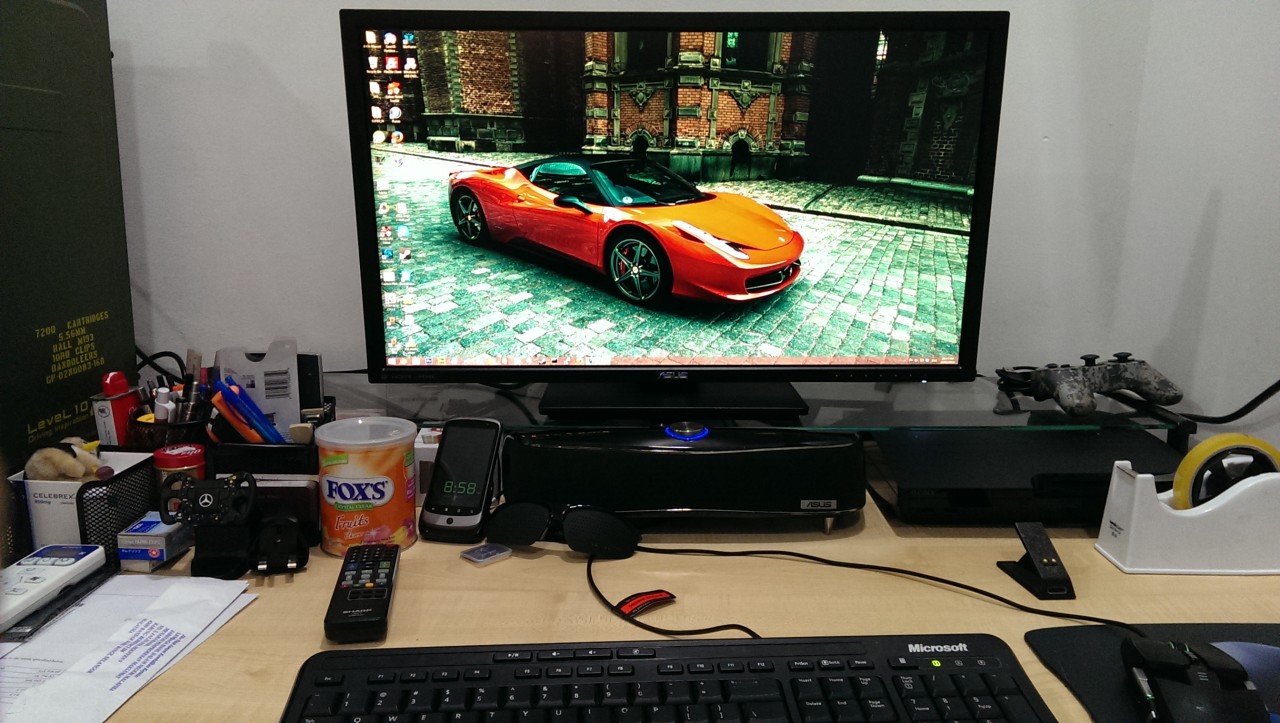 I’ve set it to view at 180 degrees with my eyes. The flexibility is crazy!

No, I’m not talking about watching panty-hose clad sportsmen on the display. The PB287Q is so flexible, you can twist and turn it into any direction that you want. Swivel, Tile, Pivot, Height, you name it! And it’s fairly easy to adjust too considering the weight that this monitor carries in total. You can pivot if at 90 degrees, tilt it between 20 degreest to -5 degrees and swivel it at 60 degrees.The viewing angles are 170 degrees on the horizontal side and 160 degrees on the vertical side (don’t compare it to IPS+ please).

After all the fancy dreams, we have to wake up to reality. I had a lot of fun with this 4K monster really and I am dying to find some latest movies that readily renders in 4K resolution. But the PB287Q has some improvements to be made still. First of all, this beast needs its beauty. The aesthetics of this display looks way too conventional considering the fact that ASUS had already embarked on the borderless journey with their MX series displays. 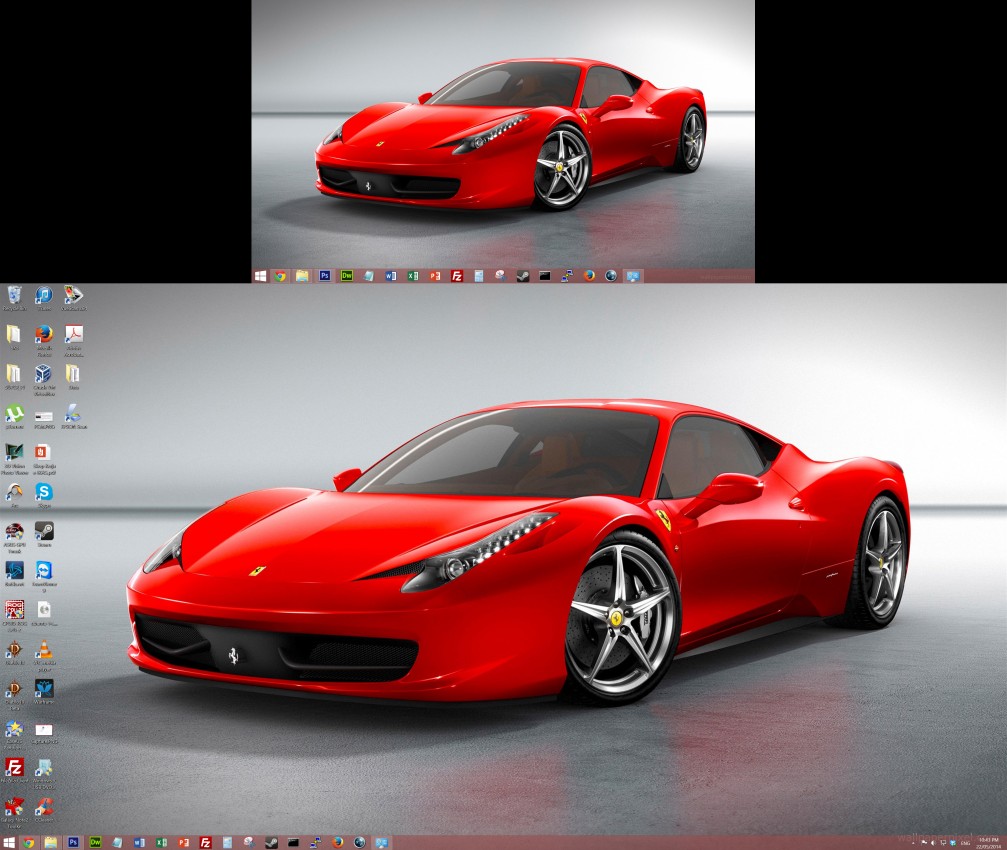 Here’s a raw screenie from my setup,

Secondly, the functional buttons are at the back of the display instead of the front or bottom. I’m really not sure why did ASUS decide to do this because every time I press the functional button, I pivot the display a bit. My hint to ASUS on this subject is that touch buttons on the front will do the job excellently. Third, I think its time for displays to have ambient light sensors as we approach this level of technologies. I game in a dark room and I use f.lux to counter my daily contrast and brightness intensity. Having a 4K, you naturally look at intense details, putting a lot of stress on your eyes – especially in poorly lit lighting conditions. But you can say, the trade-off is totally worth the experience that you will get if you own one of these! Meanwhile, I’m going off for another round of Battlefield 4 for some real war experience! 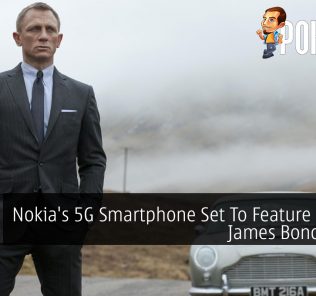 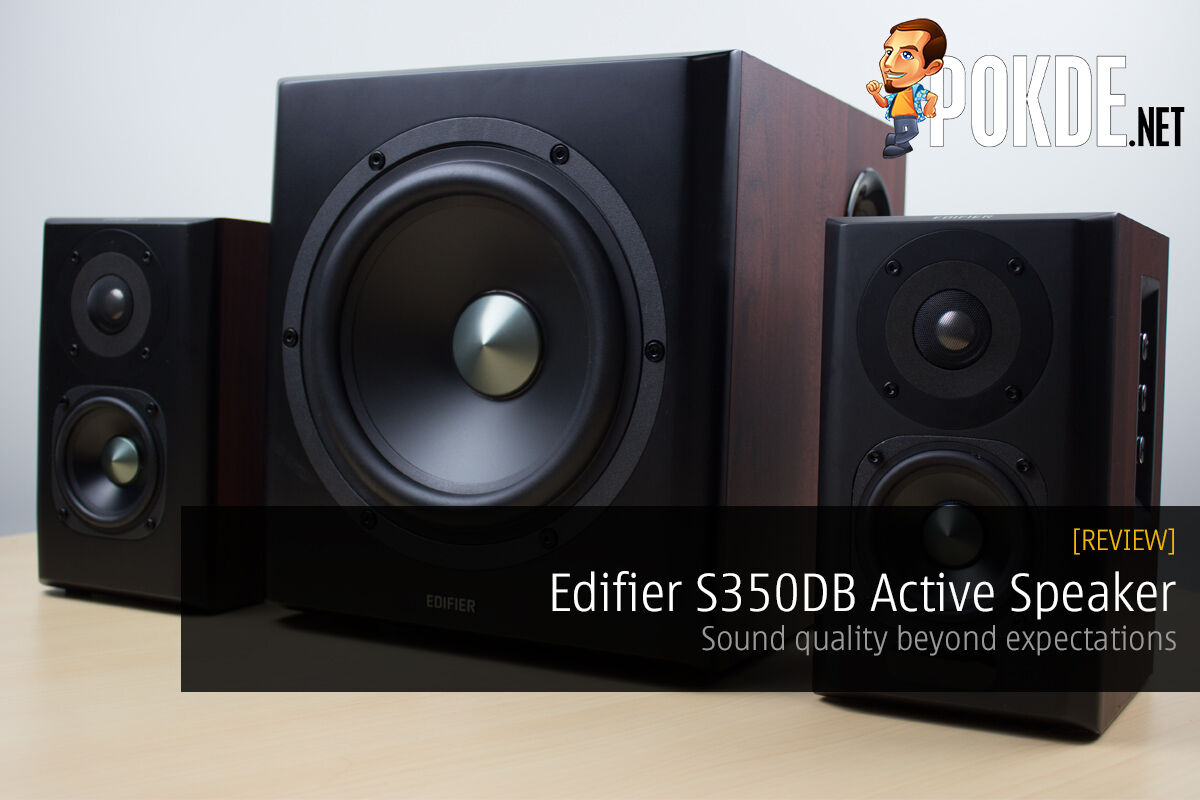 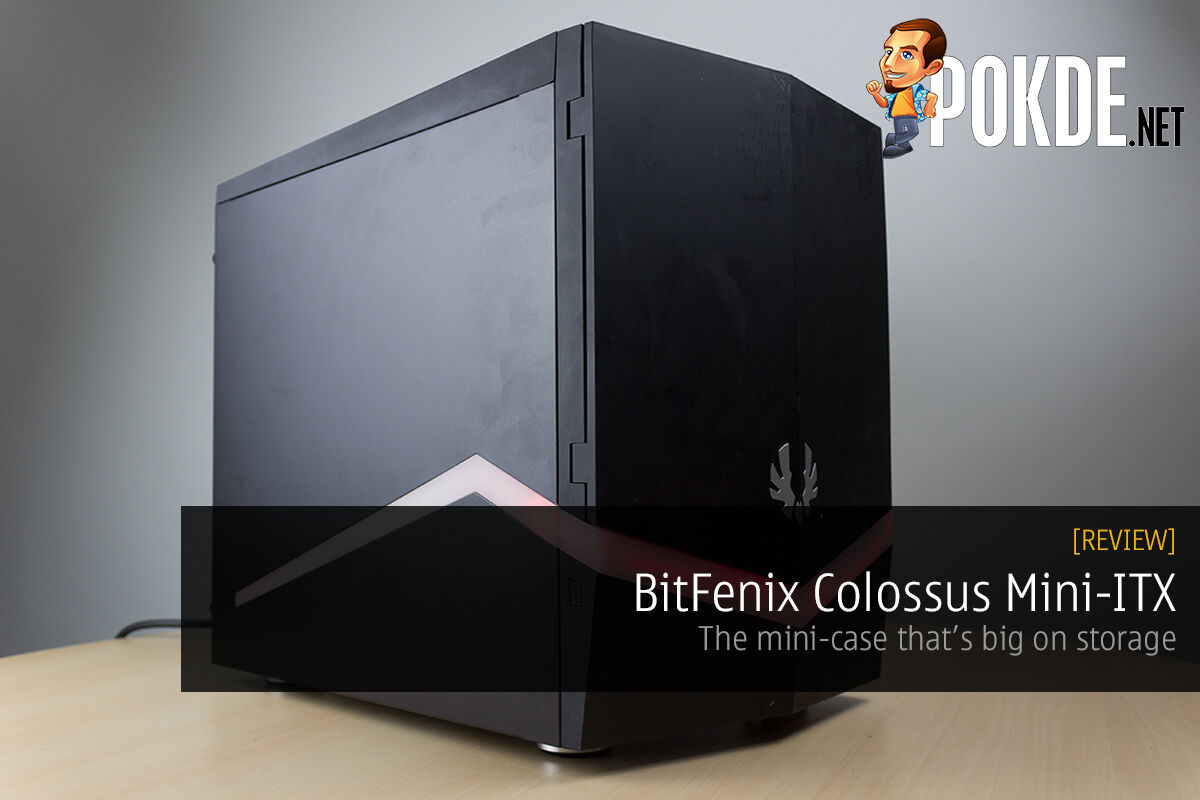 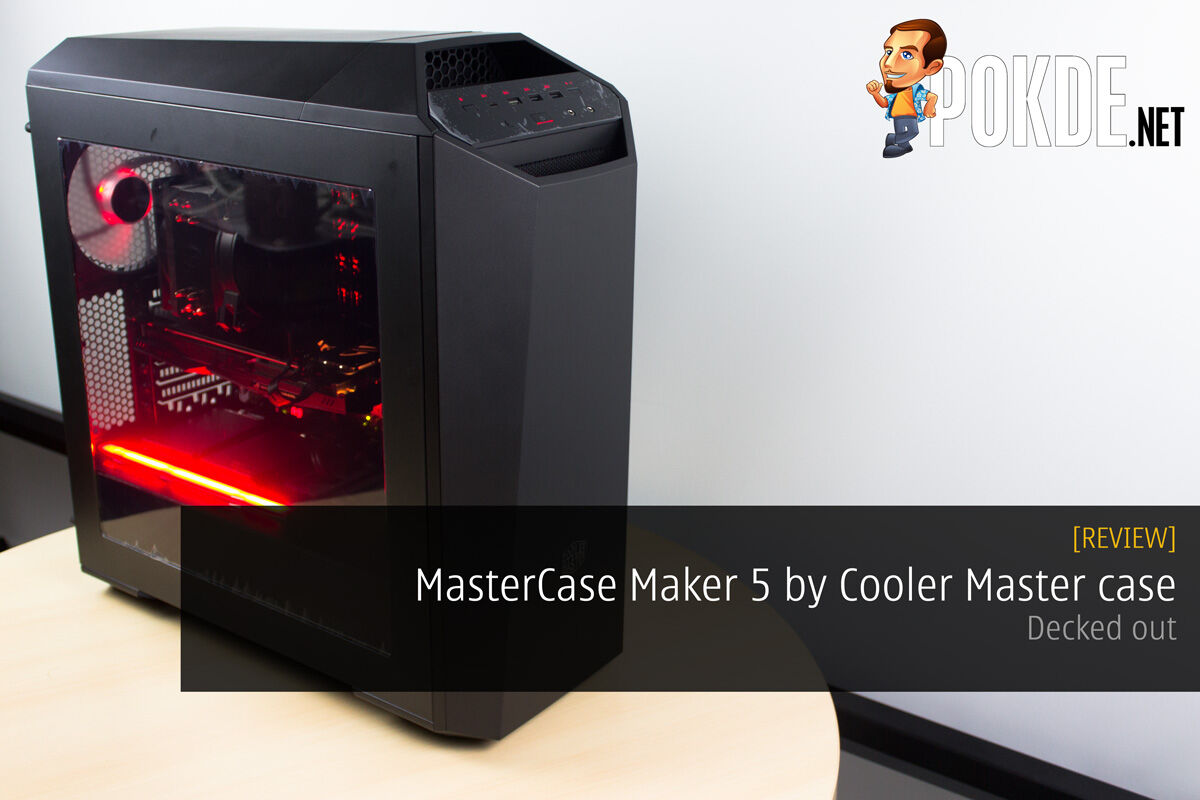 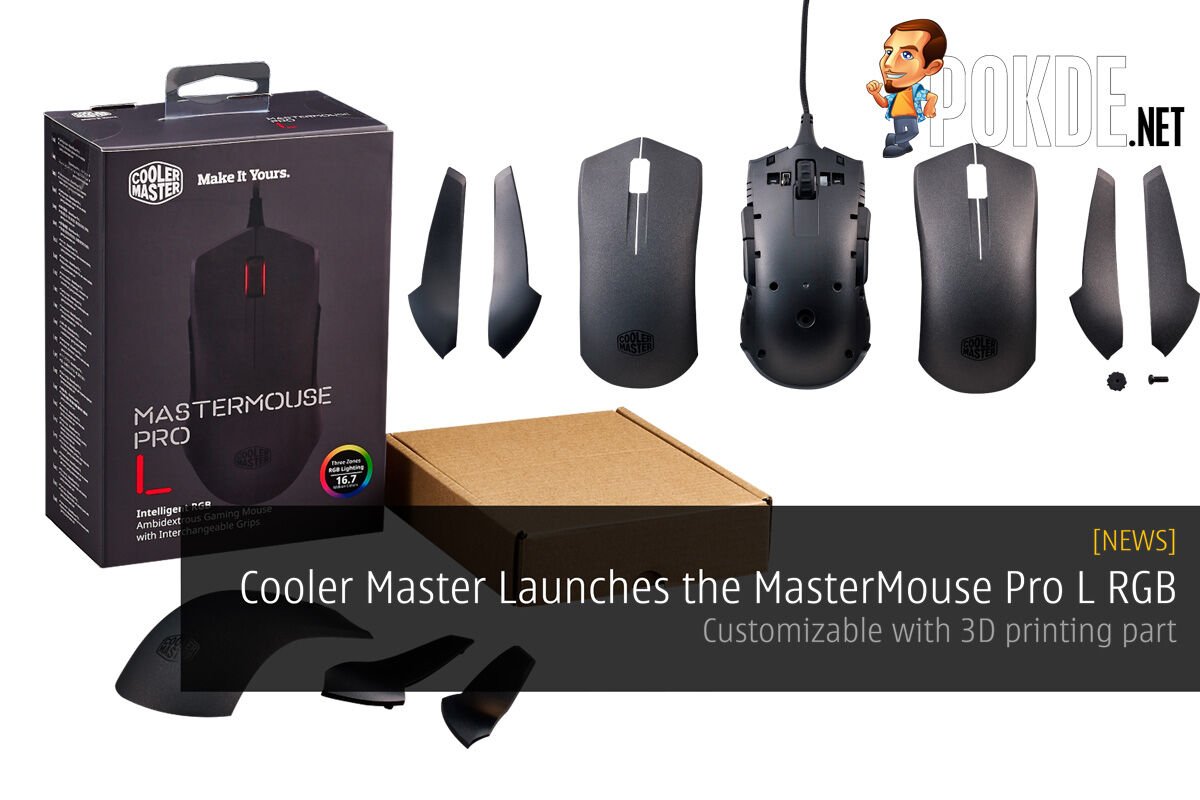 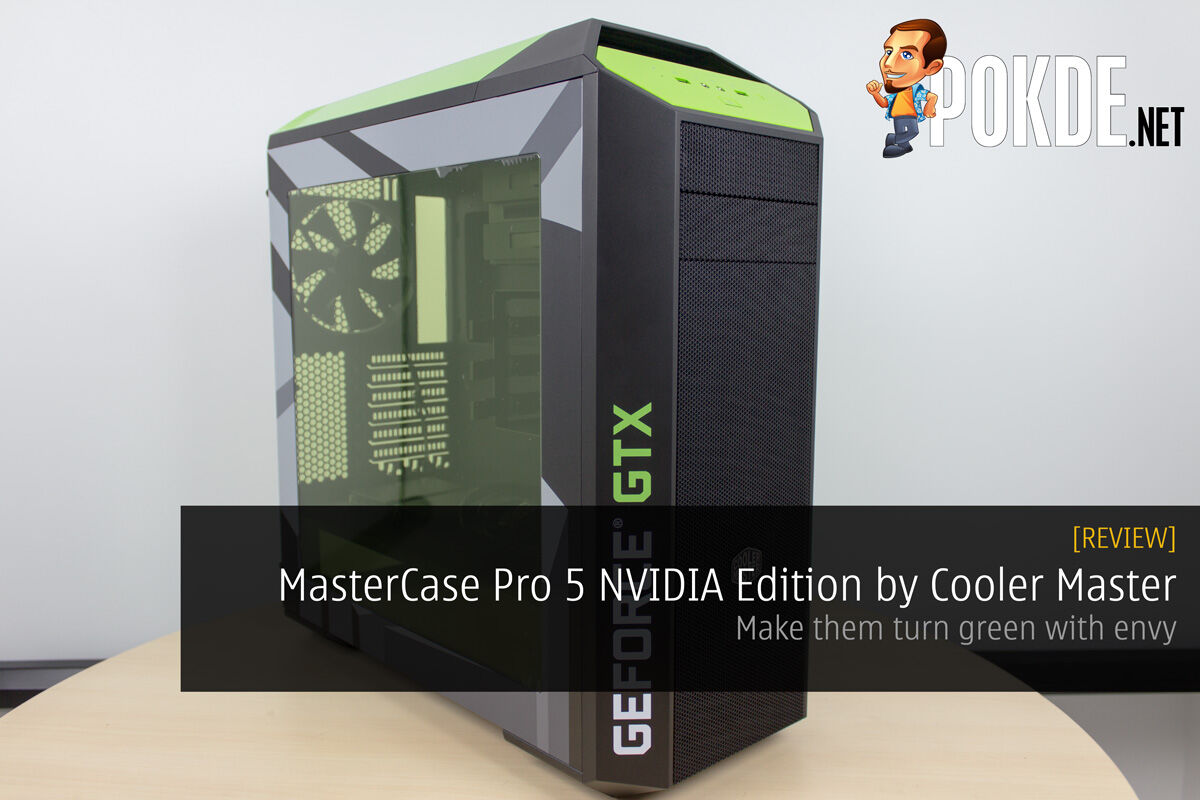 How Anything Can Be Hacked: Phreaked Out
Latest Video
Read More
611