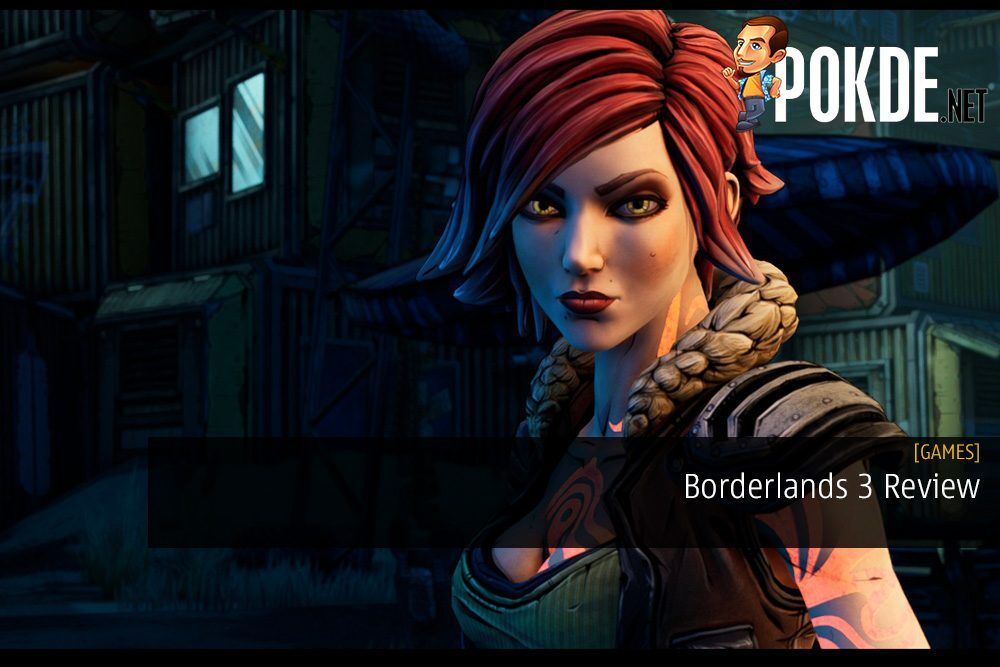 After a bit of a hiatus, Borderlands 3 is finally here, bringing a slew of new elements and the typical Borderlands humour and narrative. Was it worth the wait and can the series survive without Handsome Jack? Let's find out.

Borderlands 3 is a pretty fun game and is definitely worth the wait. It's a little buggy however, but the game has gotten increasingly stable with recent updates.

What is Borderlands 3 About?

Borderlands 3 is a role-playing game and first-person shooter hybrid by Gearbox Software. The game takes place after the events of Borderlands 2, specifically after Handsome Jack’s death and the fall of Hyperion. Troy and Tyreen Calypso, better known as the Calypso Twins, learn of other Vaults beyond Planet Pandora.

As a result, the twins form a violent cult known as the Children of the Vault; a group that is designed to help them gain possession of all the vaults in the galaxy. Commander Lilith, the leader of the Crimson Raiders, returns to recruit new Vault Hunters in order to stop the Calypso Twins’ scheme. These new Vault Hunters are FL4K the Beastmaster, Zane the Operator, Moze the Gunner, and Amara the Siren.

Shortly after being recruited and preparing to head to other planets, the Calypso Twins launched a surprise attack on the Crimson Raiders. This led to Commander Lilith losing her Siren powers. With no choice left in the matter, it is up to the new Vault Hunters to uncover the Vaults in order to save humanity from total destruction.

There’s No Right or Wrong Way

The core element of the Borderlands 3 is that it’s a first-person shooter with role-playing game elements. Gamers will pick between one of four playable characters, each with their own unique abilities. While all characters will function the same at the beginning, there will be a huge shift in style when the chosen character becomes stronger.

The characters will grow stronger by earning experience points. After you’ve collected enough, your character will level up. This will result in an increase in health points, the ability to use stronger equipment, and a skill point which can be used in the character’s respective skill tree. Each characters’ skill tree will have three different sections, each fitting a particular playstyle.

The new element in Borderlands 3 is that each skill tree section also comes with its own active skill, giving characters at least three special skills that can be utilized instead of just one like in previous games. In the case of my chosen character, Beastmaster FL4K, the Master tree is designed to improve synergy with his pet whereas the Hunter tree is to maximize damage output.

You can earn experience points by completing quests, discovering new areas, or by simply subduing enemies. Keep in mind however that the level cap is at 50 so you won’t be able to maximize all three sections of the skill tree. This will force players to strategize on how they want their character to play out primarily, and then work on supplementing that with the other sections’ abilities.

There is no wrong way of growing your character. You can freely strengthen them as you see fit but if you feel like a different section would work better somewhere down the road, you can easily readjust your skill tree points via the Quick Change machine. What I would have liked is for the game to allow you to swap characters and retain your existing character’s level and playthrough. If you want to play a new character, you will have to start over from scratch.

For the most part, Borderlands 3 will play out like your typical first-person shooter. Simply gun down the enemies with your weapons and proceed through the game. At the beginning, you can only equip two weapons but as you progress, you can equip a total of four weapons. The equipment is one of the most entertaining aspects of the game.

Each equipment will have its own parameters including damage and fire rate. The rarest equipment will usually come with its own unique abilities to aid in combat. For example, there are pistols with explosive bullets as well as rifles that can move on its own to shoot enemies for you. In typical Borderlands fashion, the weapons are unconventional and there’s plenty of surprises to enjoy.

A new thing added to Borderlands 3 is secondary firing mode as shown in the earliest part of the game. Certain weapons have dual functionalities that can drastically change how you use it. For example, something as simple as changing elemental attributes to something as strange as pistols firing rockets instead. This simple addition gives you more versatility and variety in combating your foes.

For the most part, combat can get chaotic rather fast and it’s really fun. After a while however, it starts feeling a little repetitive especially if you’re looking to just level up your character or proceed through the story. This is especially the case because enemies within an area respawn after a few minutes, and simply running through them can have little to no impact in your gameplay.

Like previous entries, you have the main story quests and side quests to enjoy. As usual, the main quests will have you go through the primary parts of the storyline and the side quests are optional missions that will yield bonus rewards. This includes equipment, money, and experience points. The side quests do enrich the game’s overall lore. Fortunately, it doesn’t feel like a repetitive chore.

Even after you’re done with the main game, there’s still more stuff that you can do post-game, most notably the Circle of Slaughter and Proving Grounds. You can also opt to try out True Vault Hunter Mode as well, which is essentially New Game+ with stronger enemies and better loot. This game is packed with a lot of content and I can see people playing this for a good number of hours.

If you want to learn more about co-op play in the game, we have a separate article discussing that which you can view by clicking right here.

Borderlands 3 is a pretty fun game and is definitely worth the wait. However, I do feel like we needed to wait a bit longer as the game was a little unstable on PC and on the PlayStation 4. I’ve personally faced performance issues and glitches. With recent updates however, the game has run considerably better so it should be running fine for most people.

You have the Borderlands signature style of narrative along with a colourful cast of characters, it’s hard to hate. The game has its fair share of quirks, including the repetitive combat elements, but if you can look past that, you will find yourself having a great time. With that, I award Borderlands 3 with our Silver Pokdeward.

Aiman Maulana
Jack of all trades, master of none, but oftentimes better than a master of one. YouTuber, video editor, tech head, and a wizard of gaming. What's up? :)
Pokde Recommends
2K Asia2K GamesBorderlandsBorderlands 3first personFPSGaminglooter shooterGamingMicrosoftPCMRPS 4SonyXBOX One
MORE
Read More
8953

PokdePicks:How to Fix Borderlands 3 Crashing / Freezing Issues on PC – There Are a Few Solutions
Read More
3870 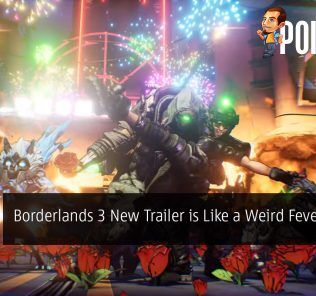