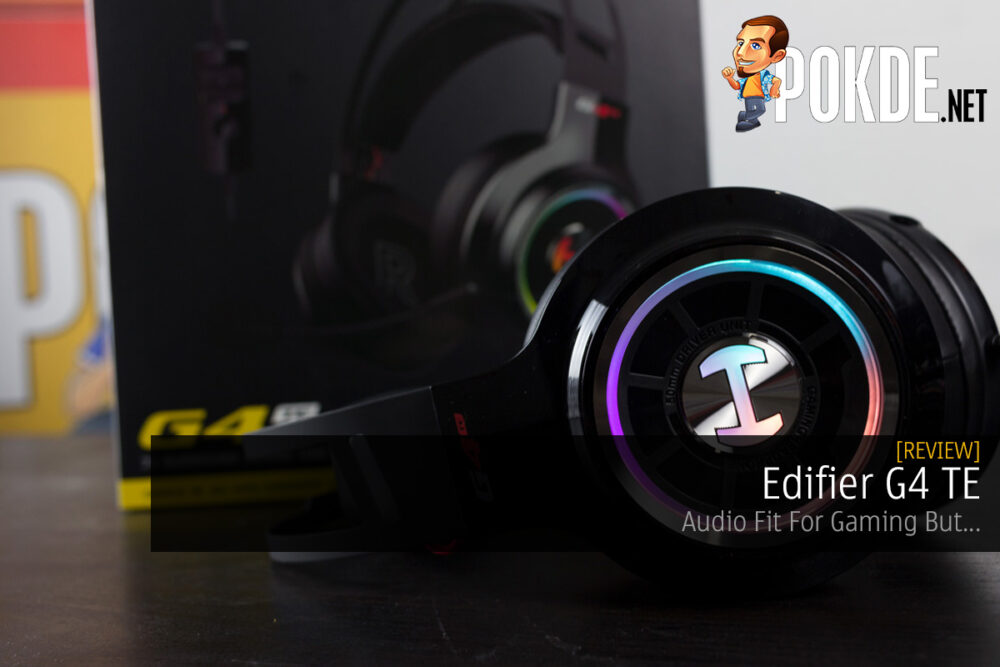 Edifier's headphone that's aimed for gamers which comes with 7.1 surround sound plus the aesthetics that certainly fits the gaming look.

Overall offers good features for your gaming sessions but needs some refinement for better comfort.

In this Edifier G4 TE review, we take a look at another one of Edifier’s headphone aimed towards gamers. Will it impress us? Let’s find out.

Right out of the bat, you can expect to find the following items:

From the left side, you can see the source of the braided cable, which happens to be non-detachable. Braided cables are definitely nice to have as you they typically last longer. The removable microphone is also slotted on this side as well.

Here’s a closer look at the side, where you can see the ‘H’ symbol (which most likely refers to Hecate like the Edifier Hecate GM4). Aside from packing its 50mm driver inside, it’s also where the magic happens, the RGB lighting.

As you can see, the earpads are black. It’s more than big enough to fit your ears completely. They are more rounded than oval-shaped. Should you happen to want hinges or swivel, you won’t get that on the Edifier G4 TE.

What we have here is the included sound card for the headphone. It’s pretty simple as it acts as the RGB power switch and the mute / unmute control. Not to forget, there’s a scroller at the right side to control your volume for the Edifier G4 TE.

Overall, it is a simple, yet effective gaming headset design. Apart from the RGB lighting, it doesn’t really stick out that much in terms of design, but what matters most is the performance, which we’ll get into in a later section of this Edifier G4 TE review.

While the Edifier G4 TE offers multi-color lighting that the Edifier G2 II lacks, I still wasn’t satisfied with it as it seemed ‘soft’ when you compare it with several other offerings in the market. Again, it’s not a big deal but if you’re a fan of some RGB love, don’t expect too much here.

With the sound card already connected to the headphones, you can simply connect the headphone to your rig and start using it immediately.

When it comes to comfort, I can’t rate the headphone too highly. While the cushion itself was nice, I didn’t liked the fact that there’s no ability to extend the sides like the G2 II. Yes, the head strap expands to your head but I feel that it’s too tight when fitted in. I can’t say that it was a comfortable experience, even after a short period of time as I could feel the ‘warmth’ around my ears.

I couldn’t complain about the sound however as it’s definitely an upgrade from the G2 II. Thanks to the bigger earcups and the way that they fully cover your ears, you get more immersive sound. For games, I could hear footsteps clearly, something important in first person shooter titles.

Next is the microphone quality, which is not up the standard that the G2 II’s quality that I was impressed with. It works fine for voice chat but don’t expect anything much from it. You can listen to the sample below.

Personally I didn’t fancy the the mic quality as I feel that it picked up everything, including the sound of me breathing. This is kind of a subjective thing as I’ve tested both the G4 TE and G2 II on a Discord channel with friends, and they were split between the two as to which offers a better quality.

The software for the Edifier G4 TE can be downloaded from their website. It’s not the cleanest of UIs or the most intuitive of skins but it’s got what you’d expect. There are a couple of things that you can tweak to fit your preference, like EQ presets. Should you be lazy to customize your own EQ, I find that the ‘Metal’ preset sounds the best, at least for me personally.

At the price of RM219, the Edifier G4 TE is still a relatively affordable option in the gaming headphone market. The overall audio quality is decent but I wished that they’ve offered more in terms of comfort.

If you ask me, I would personally opt for the Edifier G2 II, just for the sake of the comfort that it offers. At the end of the day for a gaming headset, you’d want one that you can wear comfortably, especially for long gaming sessions.

We would like to thank Edifier Malaysia for providing the Edifier G4 TE that was used in this review. 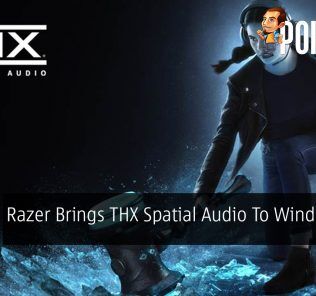 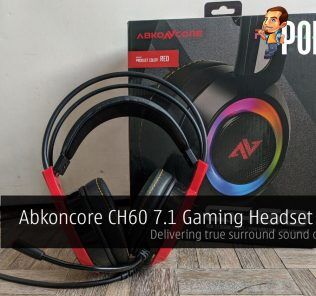 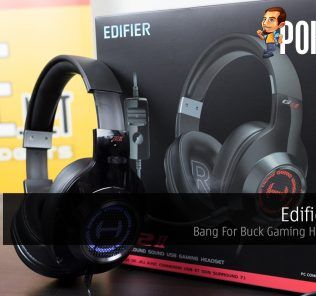 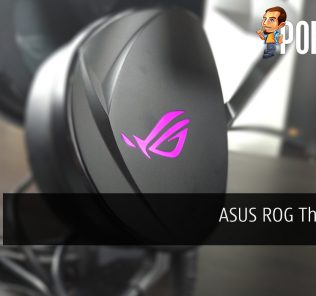 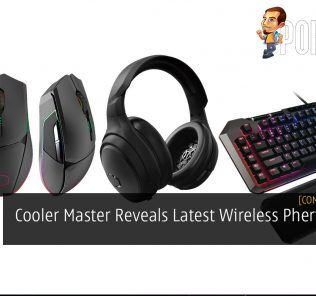