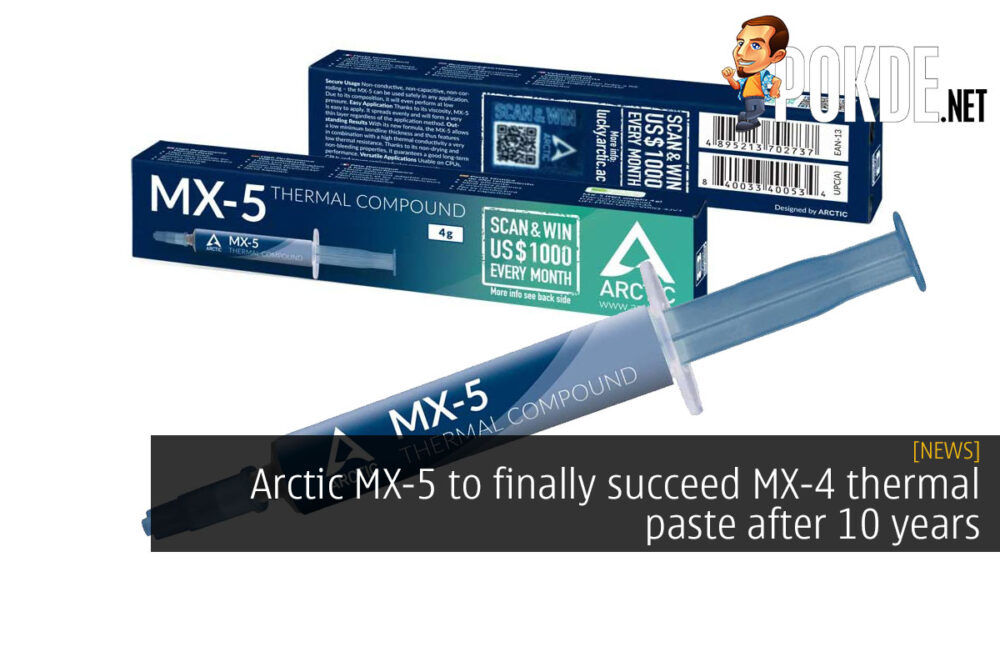 Arctic has finally announced their new thermal compound, the Arctic MX-5. It will succeed the Arctic MX-4 which is a 10-year old formulation by now. It probably goes without saying that there are still plenty of people still hung up on Arctic Silver 5, which was probably why Arctic took their sweet time to bring the Arctic MX-5 to market.

Interestingly, while it is listed on Amazon ahead of its 15th March launch, there are no details about the Arctic MX-5’s specifications like thermal conductivity or viscosity. It should offer a huge upgrade over the Arctic MX-4 though, considering the huge time gap between the two products.

The Arctic MX-4’s 8.5W/mK thermal conductivity rating is not really on par with the latest thermal compounds, with our usual MasterGel Maker boasting of 11W/mK, and the latest premium Kryonaut Extreme promising a whopping 14.2W/mK, so a big improvement in that area is definitely due.

What is known of the Arctic MX-5 is that it is non-conductive, and is formulated to be good for up to 8 years after a proper application. A 4-gram syringe is priced at £13.59 (~RM75) on Amazon, which is pretty exorbitant for a bit of thermal compound. It is however worth noting that it is still more affordable than Kryonaut Extreme, which is priced at around RM75 for just 2g of that stuff.

Pokdepinion: I actually just dug out a semi-used tube of Arctic MX-4 from my old Nehalem times. I wonder if it still performs well… 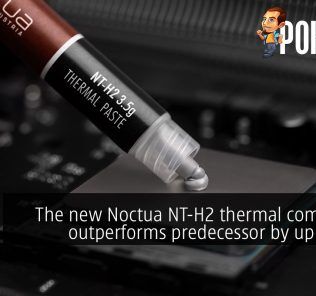