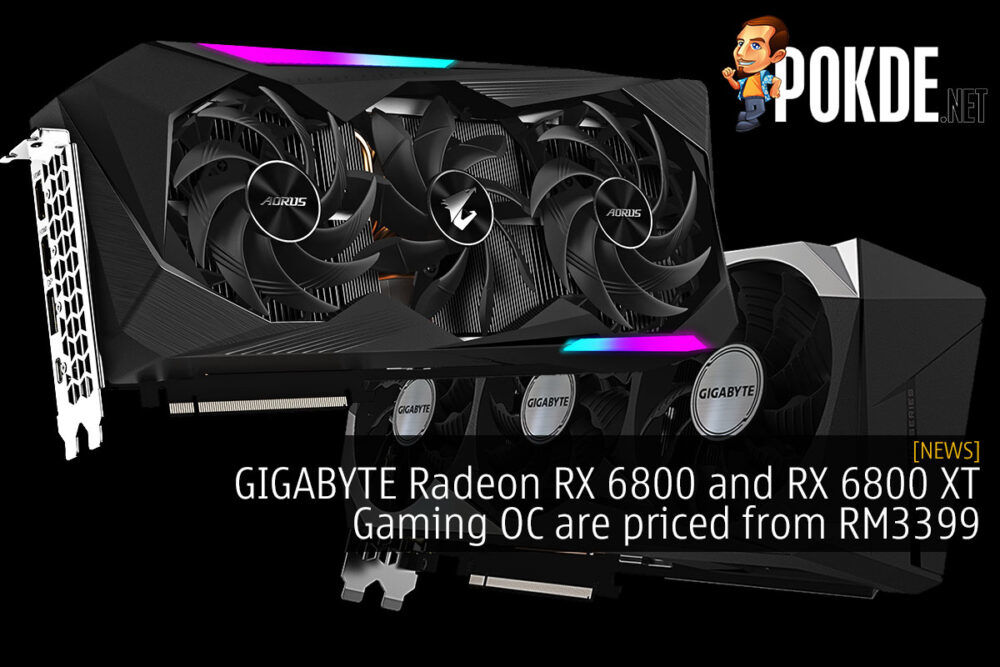 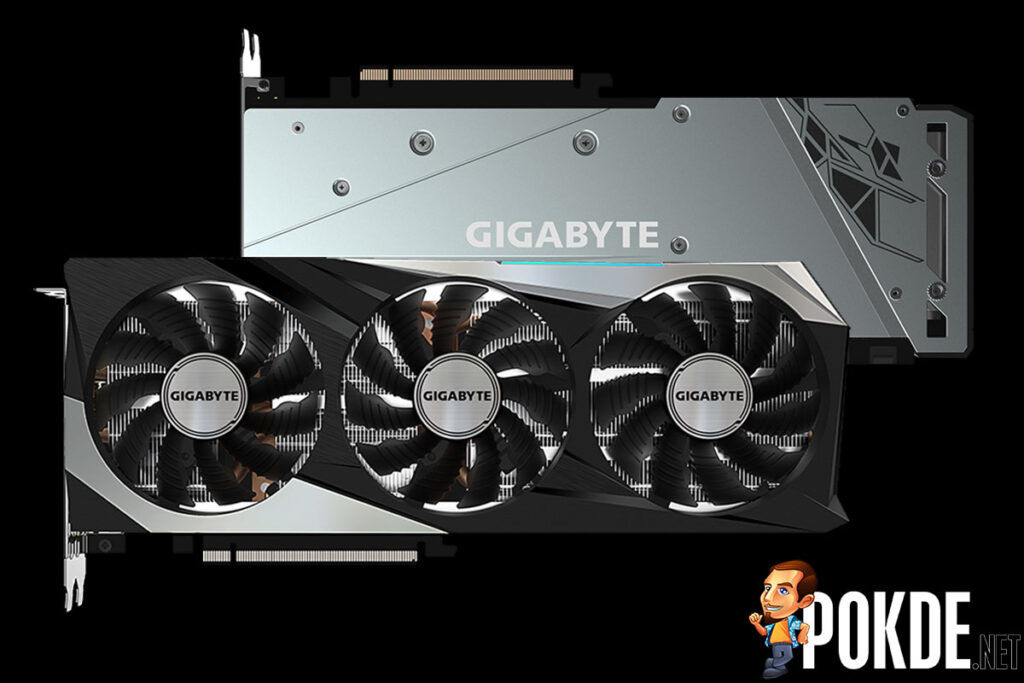 Instead of two 90mm fans paired up with a smaller 80mm fan like what we see on GIGABYTE’s GeForce RTX 3080 and RTX 3090 Gaming OC cards, all three fans on the GIGABYTE Radeon RX 6800 Gaming OC and RX 6800 XT Gaming OC are 80mm in diameter. This allows the card to look more symmetrical, which I do like. 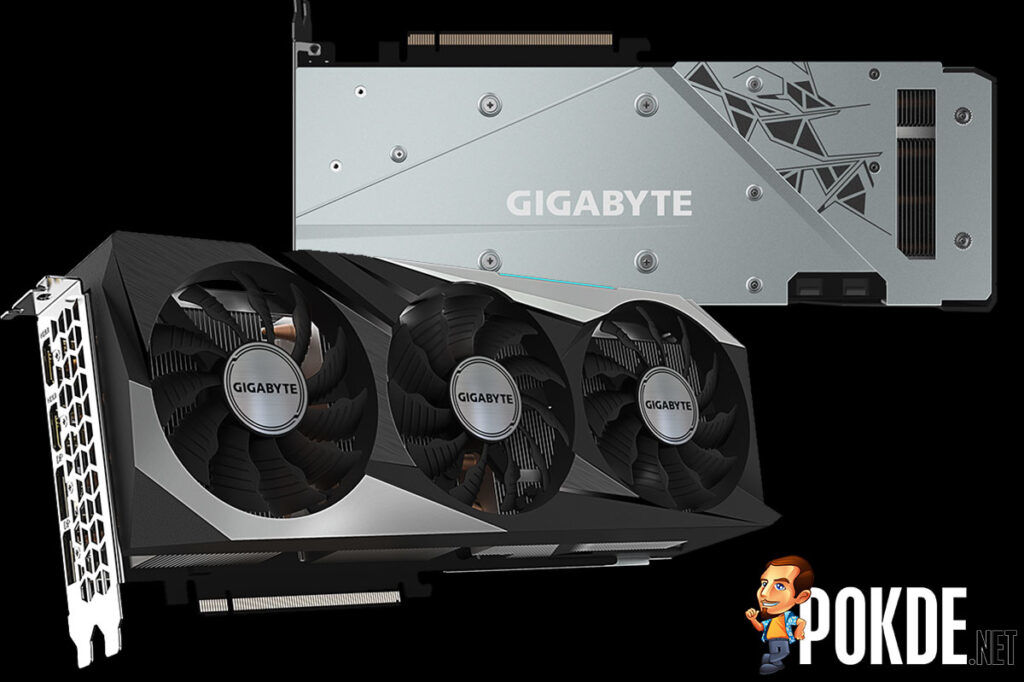 They also changed up the backplate, as it now has a smaller cutout for airflow to pass through the heatsink directly. It is significantly smaller, to a point that I do believe it has become irrelevant. Regardless, the significantly larger coolers as compared to reference appear to be pretty effective, as GIGABYTE are boasting of higher boost and game clocks than reference on both the Radeon RX 6800 Gaming OC and Radeon RX 6800 XT Gaming OC.

GIGABYTE also applied their own choice of outputs to the cards, as instead of going with a two DisplayPort, one HDMI and one USB-C output like the reference design, GIGABYTE decided that gamers will be happier with two DP and two HDMI ports, which I do think will be the case as most people don’t own USB-C displays. 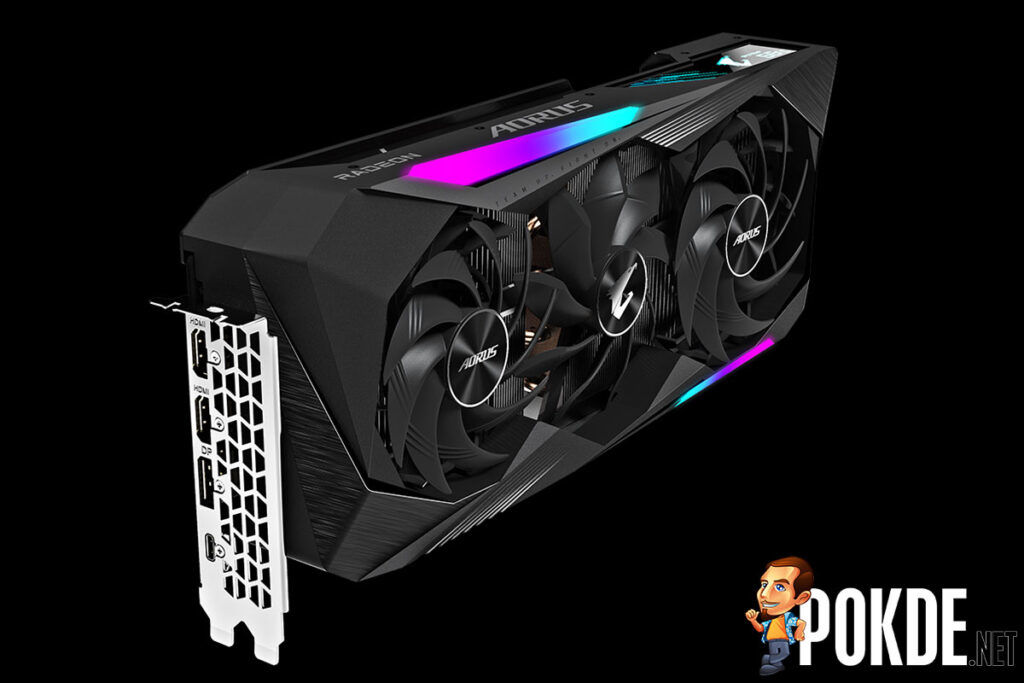 For those who want a RDNA 2 card with USB-C output from GIGABYTE, there’s the AORUS Radeon RX 6800 XT Master Type-C. Availability and pricing for that card is still unavailable at the time of writing.