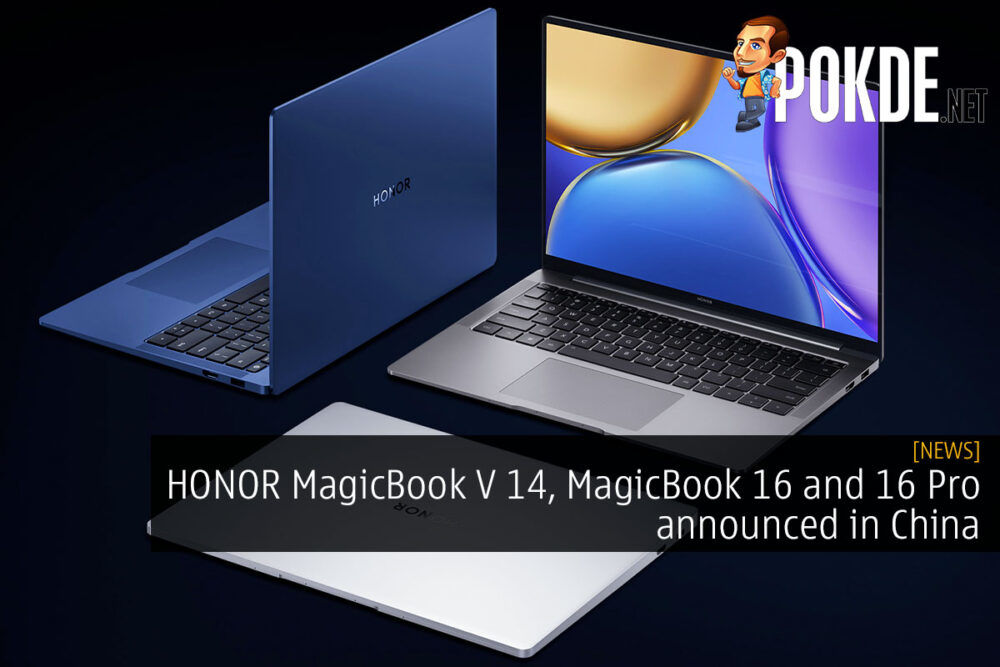 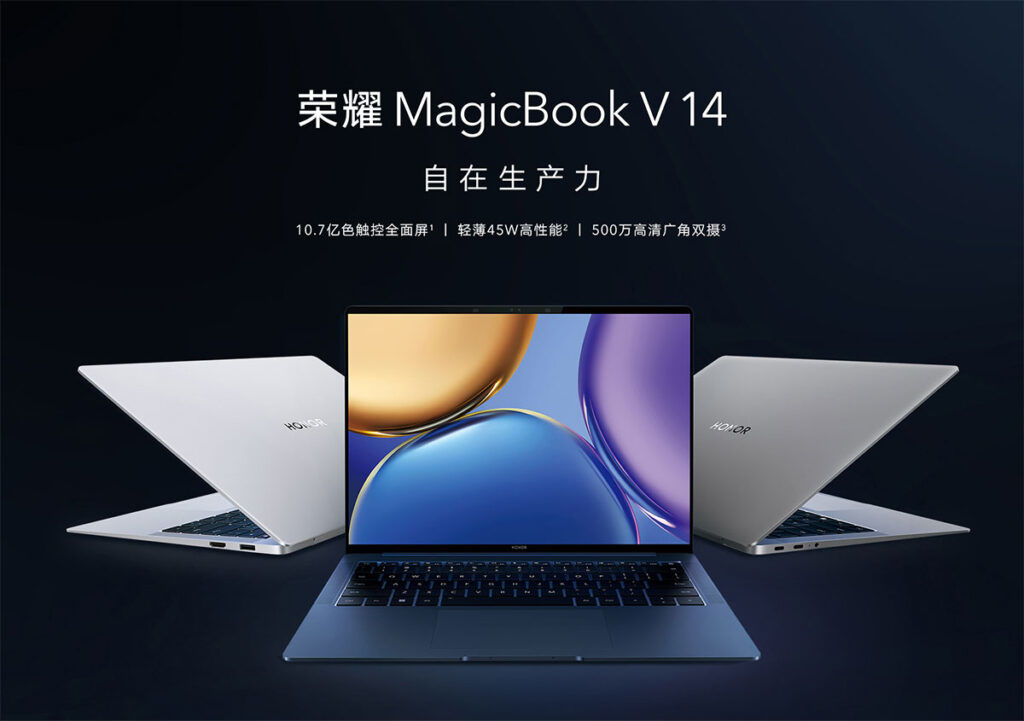 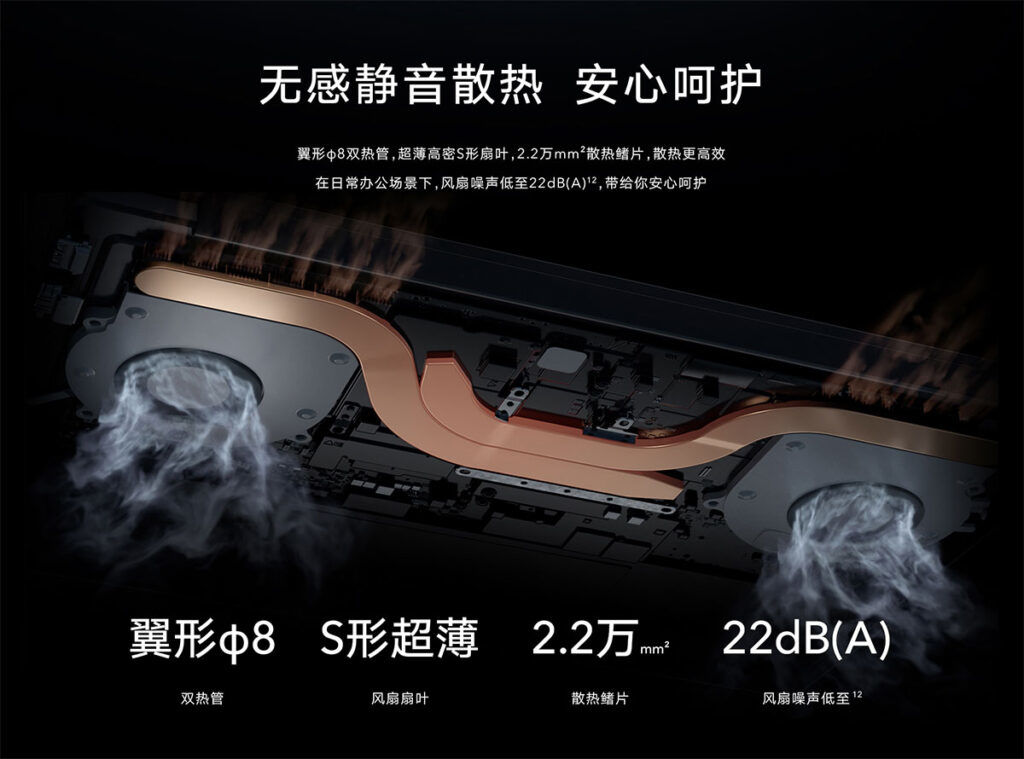 Keeping the processor cool is a dual-fan, dual-heatpipe design that should be up to the task, at least in the variant with the integrated graphics. The rest of the specifications include 16GB LPDDR4X-4266 RAM and 512GB of storage, with no other configuration available. You get a relatively tiny 60WHr battery powering everything, which further raises my concerns about the battery life. 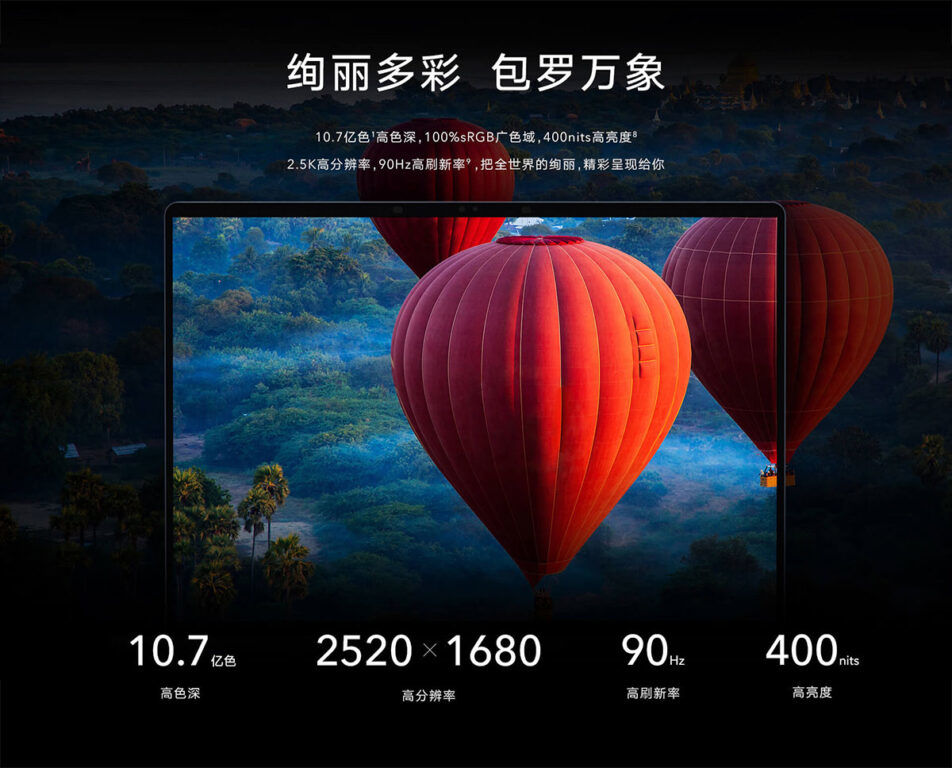 In any case, the display on the HONOR MagicBook V 14 is probably the main highlight here. It’s a rather unique one, featuring an odd 90Hz refresh rate which is more common in smartphones than laptops. The size is also quite special, at 14.2″ with a 3:2 aspect ratio. Resolution is pretty good, at 2520 x 1680, and it does support 100% sRGB as well. HONOR claims that the panel can display 10.7 billion colors, hinting that this is a 10-bit panel, or at least an 8-bit + FRC one.

It pushes up to 400 nits, which is plenty bright, although it does tout a glossy touch-sensitive glass covering, so you might not want to use it outdoors anyway. The screen-to-body ratio is also very impressive at 90.5%, allowing HONOR to boast that the HONOR MagicBook V 14 touts the highest screen-to-body ratio for a 14″ Intel Evo-certified laptop. Last but not least, the display is also TUV Rheinland certified for low blue light emissions and for being flicker-free. This display is paired up with a quad-speaker system for some great entertainment potential. 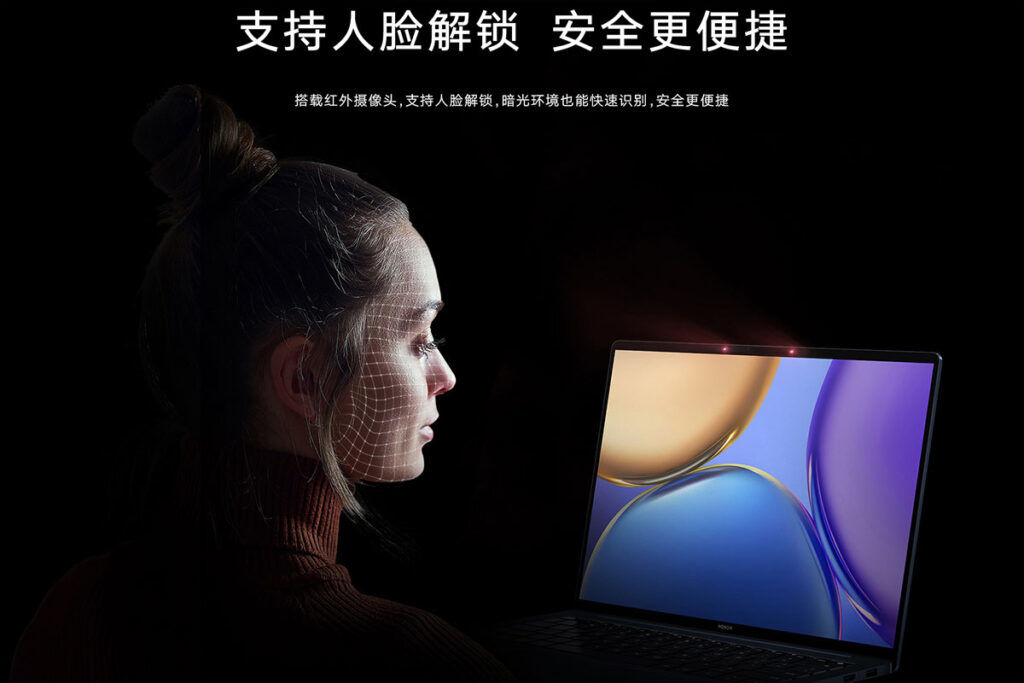 Despite the impressive screen-to-body ratio, HONOR still found room to cram the webcam in the top bezel for a more natural video-calling experience. The webcam here boasts a 5MP resolution and touts a 90° FoV, letting more people get into the frame. You also get IR facial recognition for Windows Hello authentication here, which just makes it all the more impressive. All of that is crammed into a package that weighs a mere 1.48kg and 15.8mm thin. 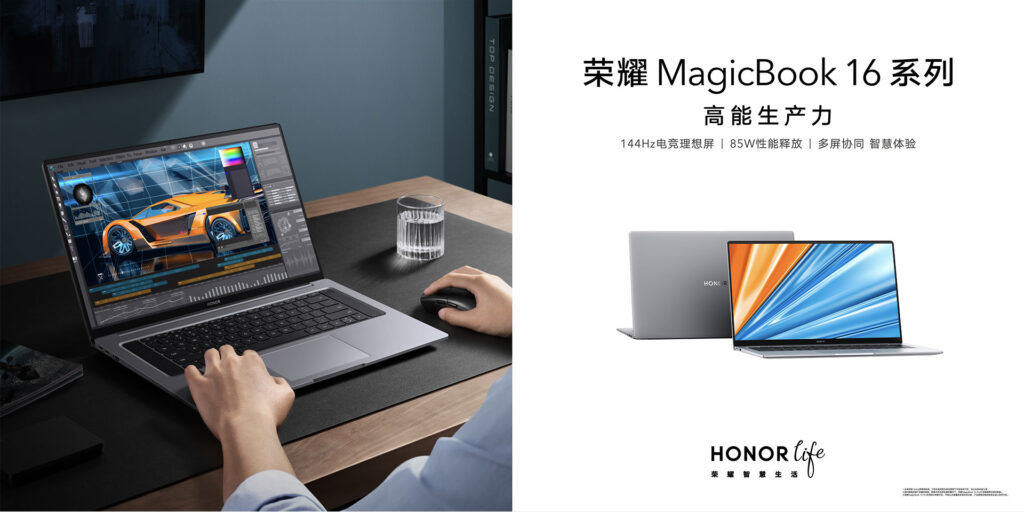 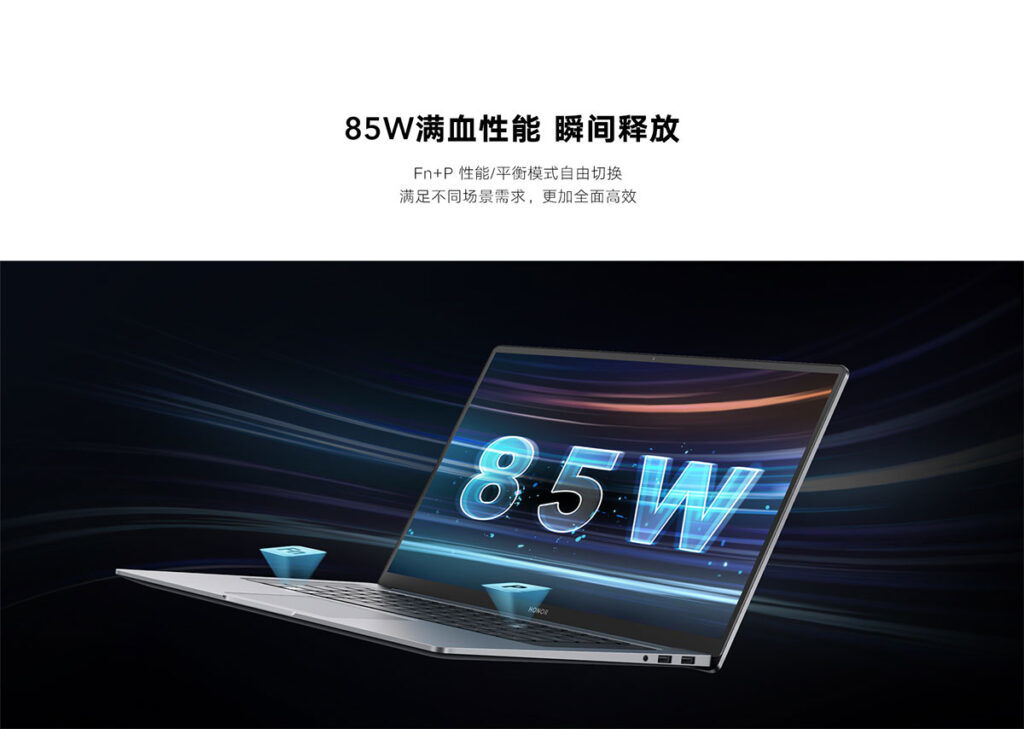 35W for the GeForce RTX 3050 is right at the bottom of the TGP range for the GPU, which is a damn shame. If you feel like that’s a waste, you can always opt for the GeForce GTX 1650 instead though. In any case, similar to the HONOR MagicBook V 14, the HONOR MagicBook 16 and MagicBook 16 Pro will only be available with one RAM and storage configuration, with 16GB DDR4-3200 RAM and 512GB of storage. Despite the larger form factor, the battery is even smaller here, at 56WHr. 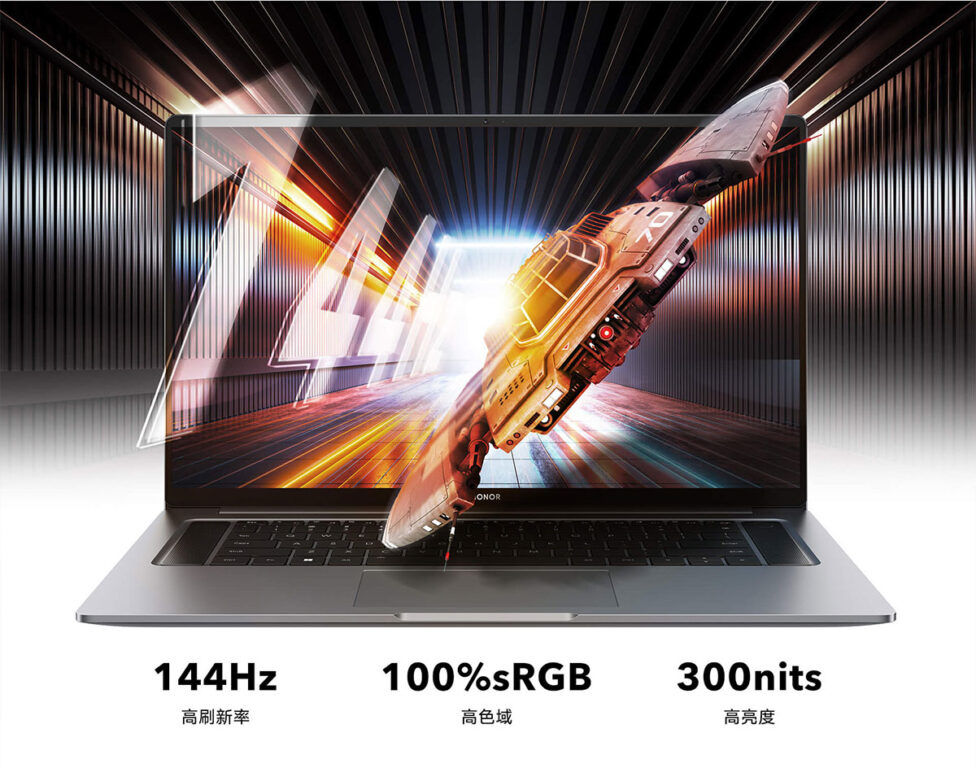 Aside from the battery having to keep more hardware under the hood running, the HONOR MagicBook 16 and MagicBook 16 Pro also have a significantly larger and faster display. The 16.1″ panel here touts a standard 16:9 aspect ratio and FHD resolution, but it goes up to 144Hz. There’s 100% sRGB and a 300 nit max brightness to round off the specs of the display. 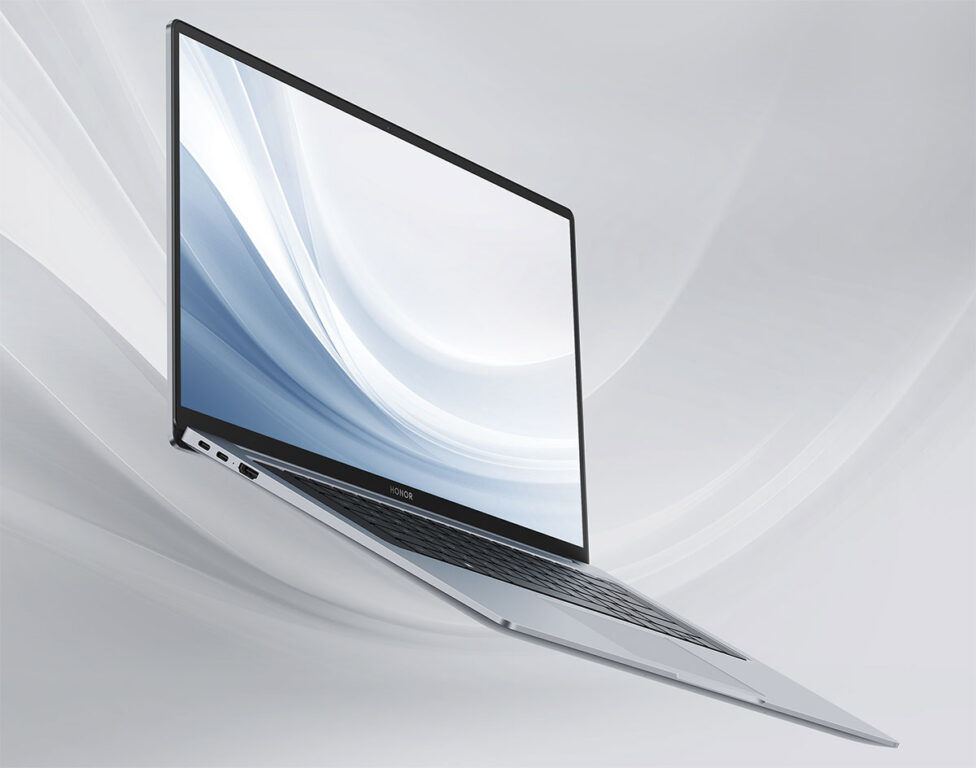 Pokdepinion: I wonder how will the new HONOR MagicBooks fit into the HONOR ecosystem. Previously, HONOR laptops with Magic-link used to work with HUAWEI Share, but since HONOR is now an independent company, will the interoperability still remain?