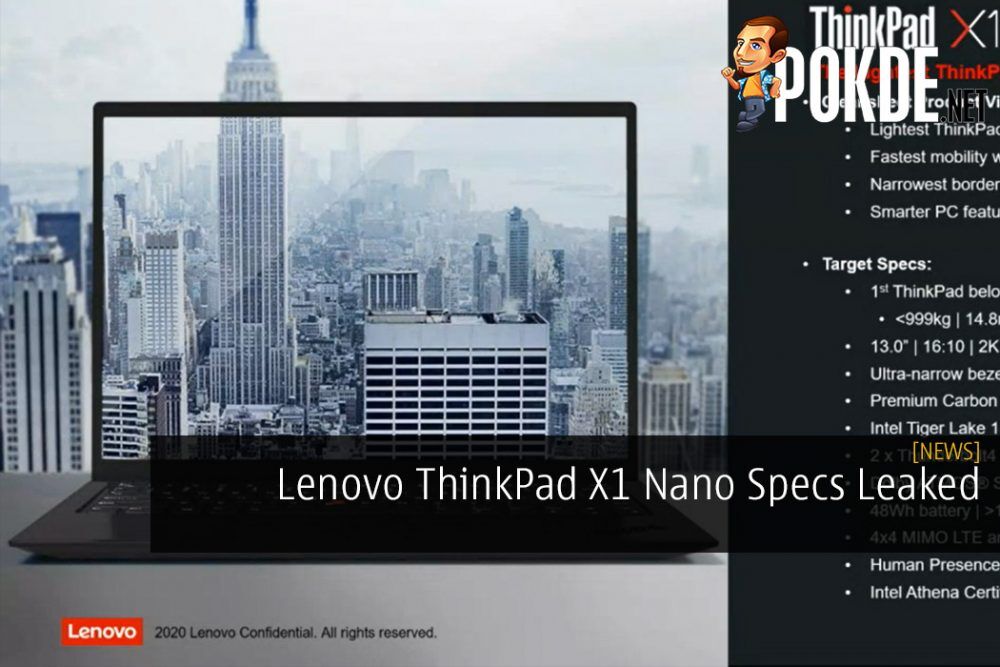 Recently, there were Lenovo presentation materials leaked which revealed the Lenovo ThinkPad X1 Nano. This new laptop could very well rival the Dell XPS 13 as it’s touted as the lightest ThinkPad ever. 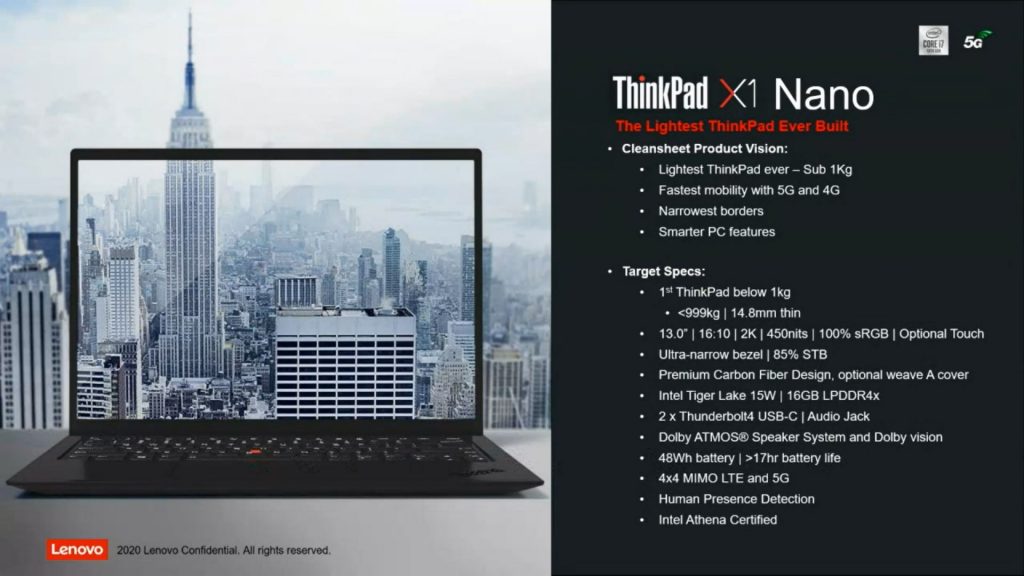 According to the leaked presentation materials, the Lenovo ThinkPad X1 Nano weighs a mere 999g, making it about 200g lighter than the Dell XPS 13 2020 that we reviewed recently. It’s also just as thin at just 14.8mm.

It uses a 13-inch 2K display (touchscreen optional) with an aspect ratio of 16:10, making the display a little taller for added screen real estate. The display is rated up to 450 nits of brightness and can produce 100% sRGB colours. Apart from that, it’s powered by a 15W Intel Tiger Lake CPU with 16GB RAM. In case you were worried, the bezels are rather slim.

What’s most interesting here is that it has dual Thunderbolt 4 ports; one for charging and the other for dual 4K monitor output. Apart from that, it has 4×4 MIMO LTE and 5G support, and it has a premium carbon fiber design with an “optional weave A cover”.

According to the presentation materials, the Lenovo ThinkPad X1 Nano has a battery life of more than 17 hours per full charge. We would certainly like to test these claims and put it up against the Dell XPS 13 2020. If it managed to beat it in our battery life test, then we would be thoroughly amazed since it’s noticeably lighter.

We have no idea as to when the Lenovo ThinkPad X1 Nano will be officially launched. Given the use of Thunderbolt 4, we don’t expect it to appear so soon. Perhaps end of this year or early 2021 at the latest.

We recently reviewed the Dell XPS 13 2020. If you’re curious about it, you can read about it by clicking right here.

Pokdepinion: I can’t wait for this to be out. I really wanna see what it’s truly capable of.

Aiman Maulana
Jack of all trades, master of none, but oftentimes better than a master of one. YouTuber, video editor, tech head, and a wizard of gaming. What's up? :)
Pokde Recommends
dellIntelIntel Tiger LakeLaptopleakleakedLenovoLenovo ThinkPadGadgetLaptopNews
MORE
Read More
1586 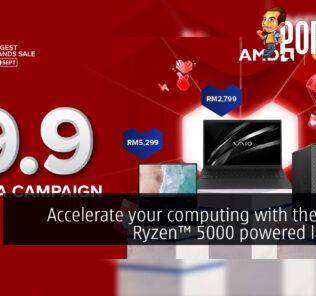 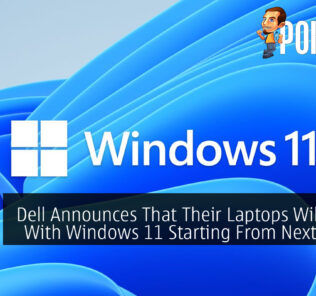 The Power Packed Alienware Aurora R11 Now Available in Malaysia Starting From...
Next