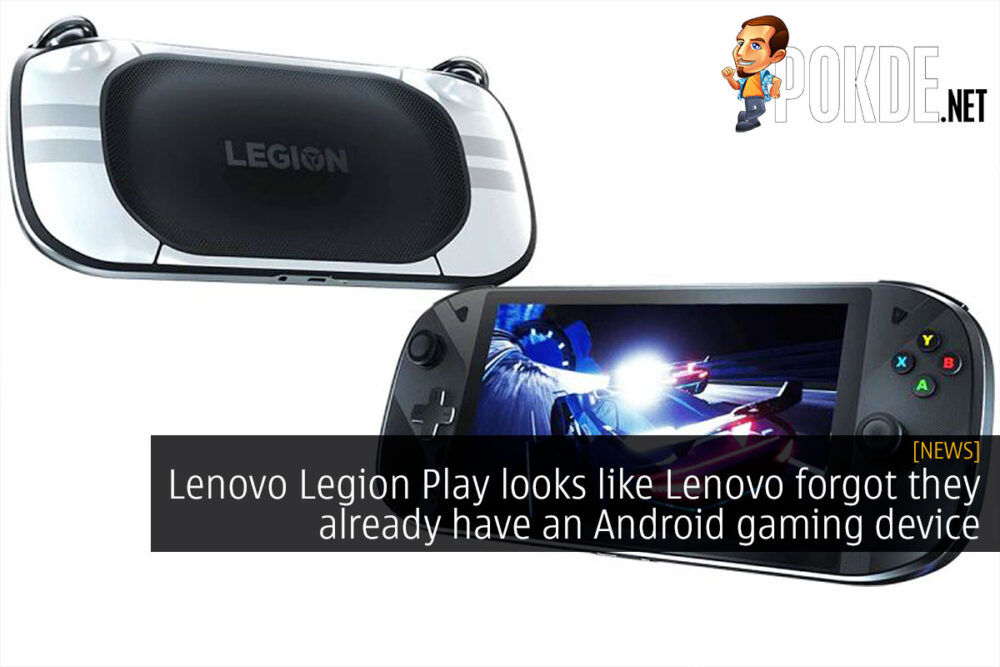 Lenovo was apparently working on an Android handheld gaming device dubbed the Lenovo Legion Play, and was planning to unveil it during MWC 2021. They didn’t, probably because they suddenly remembered that they already have an Android gaming device, and it’s called the Lenovo Legion Phone Duel. In any case, the leaked images are pretty interesting, if a mobile gaming console is what you are after.

The Lenovo Legion Play was probably intended to go up against the likes of the Nintendo Switch or Steam Deck, but with Android under the hood, it was obviously going to be limited to just Android titles or emulated ones. Cloud services like GeForce Now and Google Stadia might improve its chances slightly, in the regions where you can get them. Still, nothing you can’t do on the Lenovo Legion Phone Duel series.

According to the description, the device will tout a 7″ 16:9 FHD bezel-less display, although as you can see, there appears to be pretty thick bezels all around the screen on the Lenovo Legion Play. You also get a 7000mAh battery to let you game for longer, although there isn’t a mention of the chipset powering the device. There’s apparently a developer program that was meant to kick off along with the unveiling of the device too.

Overall, it does look like a bona fide gaming device, although we aren’t sure about how Lenovo will target the Lenovo Legion Play, when they already have the Lenovo Legion Phone Duel for Android gamers. Lenovo should probably have just worked on a ROG Kunai-esque controller setup to add controllers to the Legion Phone Duel series, rather than launch a separate device altogether. 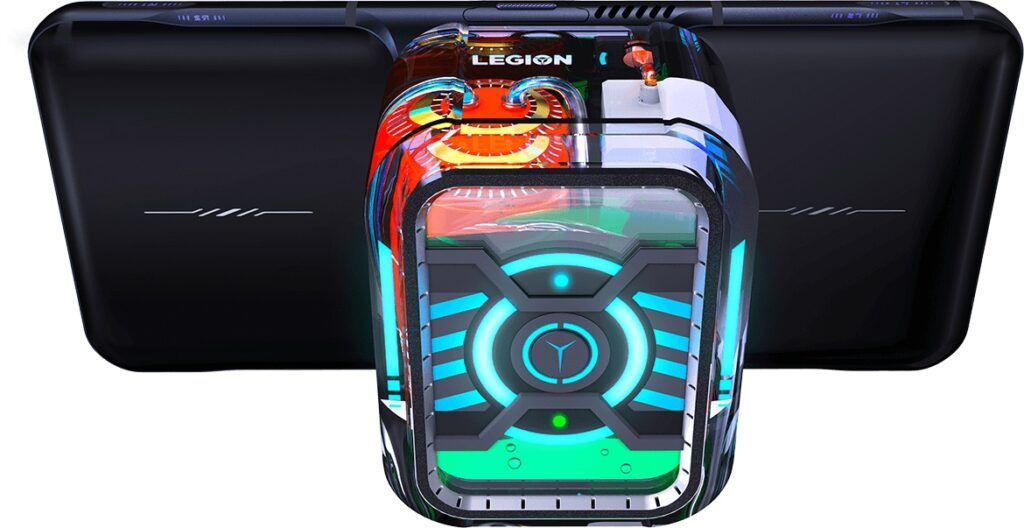 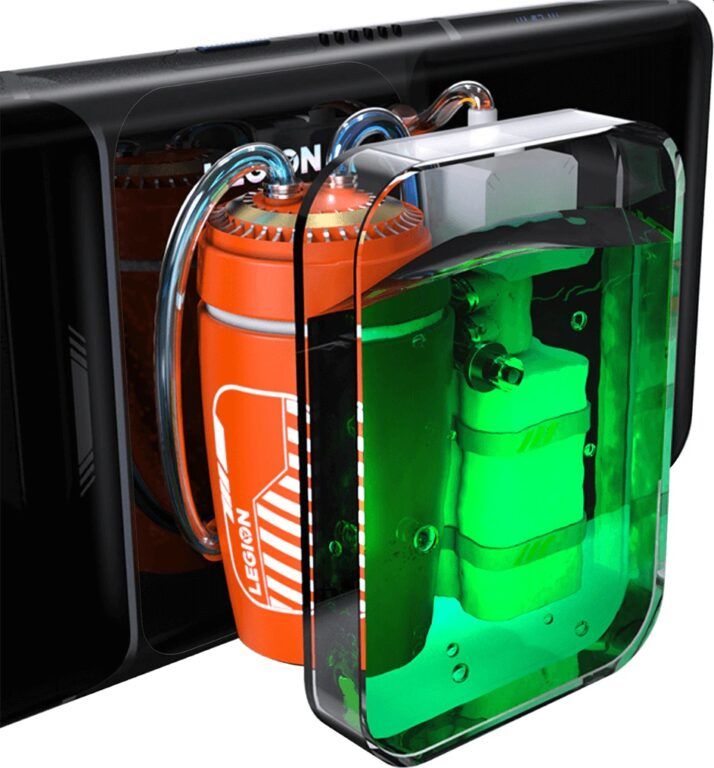 This is probably much more of a proof-of-concept rather than a device that will actually hit the market, as it touts a massive liquid cooling system in the center of the device. The cooling system is several times thicker than the phone itself, which means that you can literally say goodbye to any semblance of pocketability. 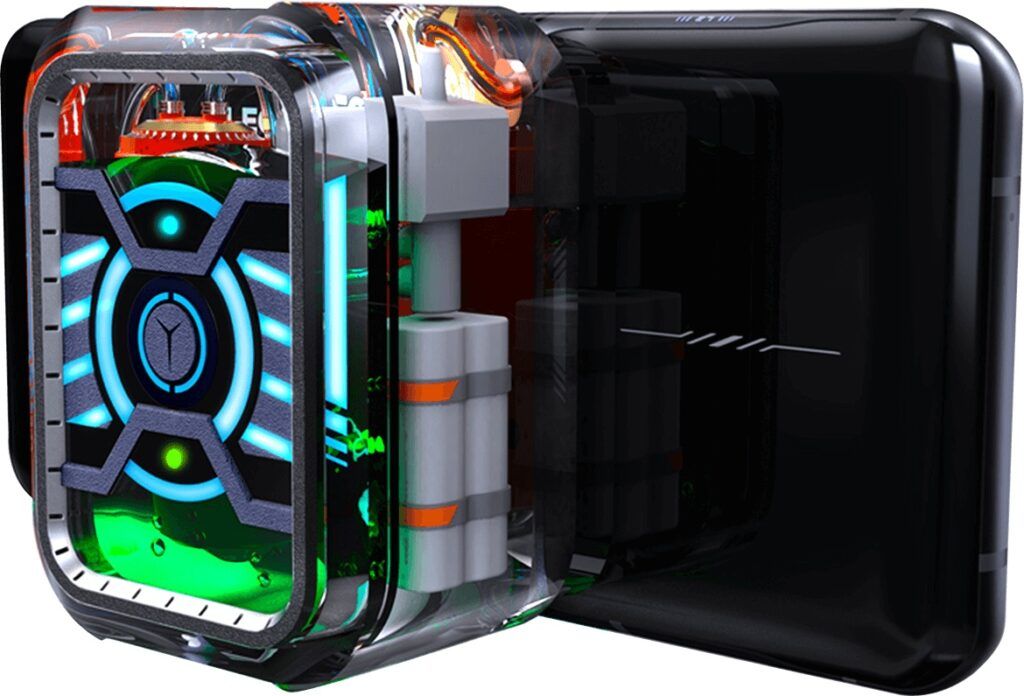 The block also covers the area where the camera would be on the regular Lenovo Legion Phone Duel, so this cooling block essentially means that you won’t have any cameras, so while the Lenovo Legion Phone Duel H2O Edition has the word Phone in its name, it isn’t going to be much of one. And of course, with the bulkiness, the only phone it will be replacing is your house/office phone, and not the one you bring around with you.

Also imagine putting such a thing to your face. The device will pack specifications that will rival the latest and greatest in smartphone gaming, with the latest processor, 18GB RAM and 1TB of storage. If you are still laughing at the idea of putting what’s essentially a watercooling system to your face to answer a call, Lenovo mentions in the description that this is still in the concept phase. Phew.

Pokdepinion: If Lenovo could integrate quick-disconnect fittings into the Lenovo Legion Phone Duel H2O Edition, it might be quite an interesting concept. Instead of slapping on a TEC cooler or fan, slap on a liquid cooler!