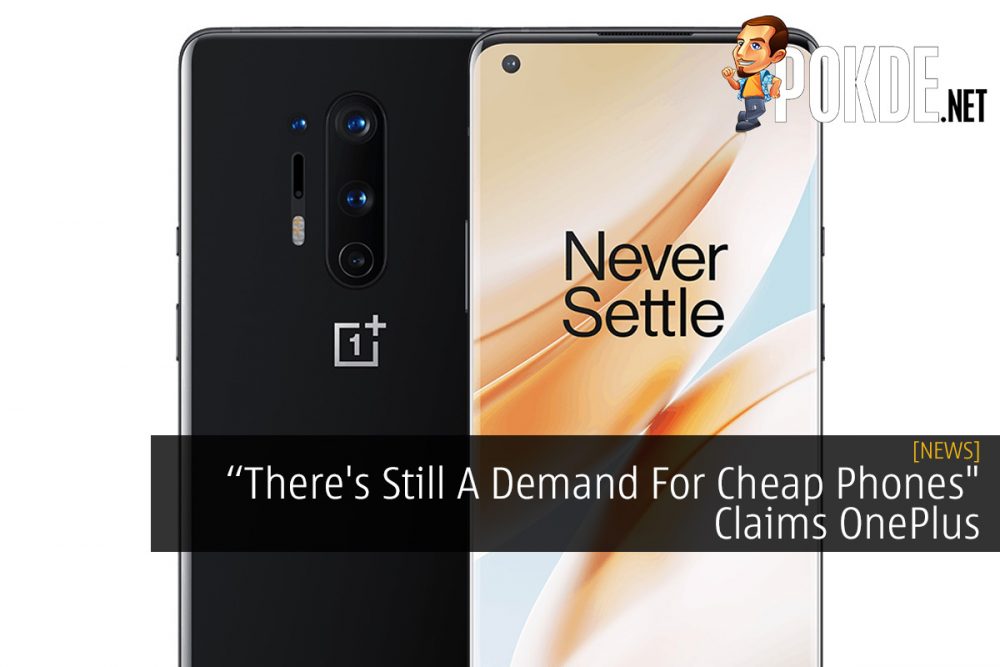 In a world where flagship smartphone can go to the price of thousands, OnePlus says that cheap phones still has a place in the market, according to Pete Lau, the CEO of OnePlus.

Demand for cheap smartphones still there

In a recent interview, the CEO and founder of OnePlus has said that they aren’t ready to give up on the mentioned segment. Here’s what he has said:

What we’re seeing is that with current products, there’s still a demand from a large consumer base for a more suitable price that enables more consumers to be able to access OnePlus products. That’s a really important insight and it’s something that we’re taking into very serious consideration.

Though there were no mentions of what exactly the affordable device that the company is planning on releasing, it’s reported to be the OnePlus Z.

Lau has claimed that despite the company wants to make more affordable products, they will remain up to the standards that OnePlus has set.

Seeing how plenty of smartphone makers releasing budget smartphones in the market, it’s not surprising to hear OnePlus’ claims.

Previously we’ve reported on the Redmi 10X 5G, which could possibly be the cheapest 5G smartphone at the current moment.

Pokdepinion: Oh how I wished they return back to the days when they were true ‘flagship killers’.

Sony ZV-1 Digital Camera To Arrive In Malaysia Soon
Next