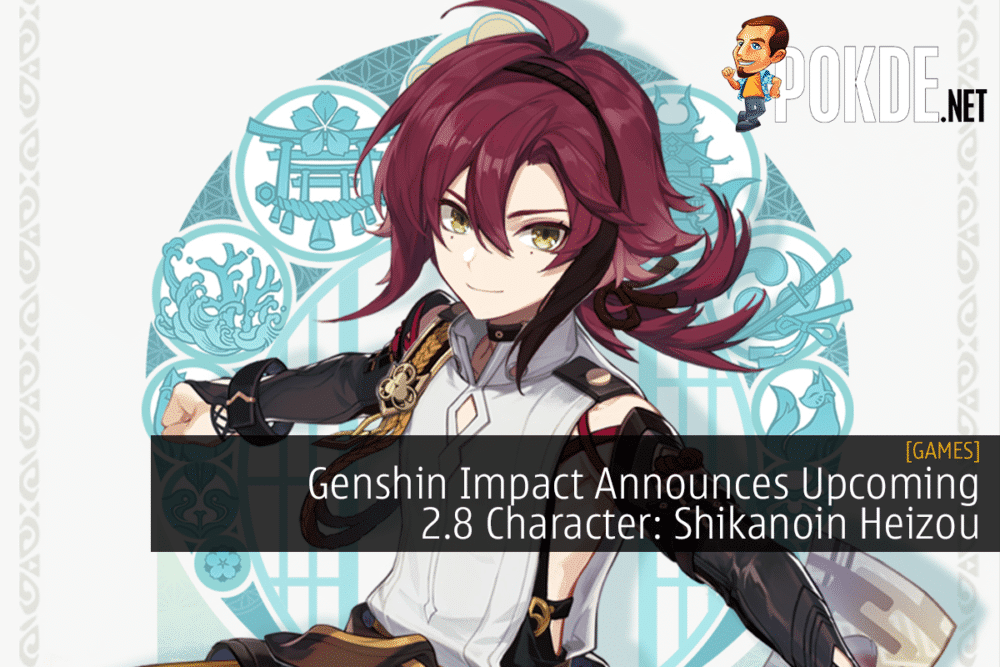 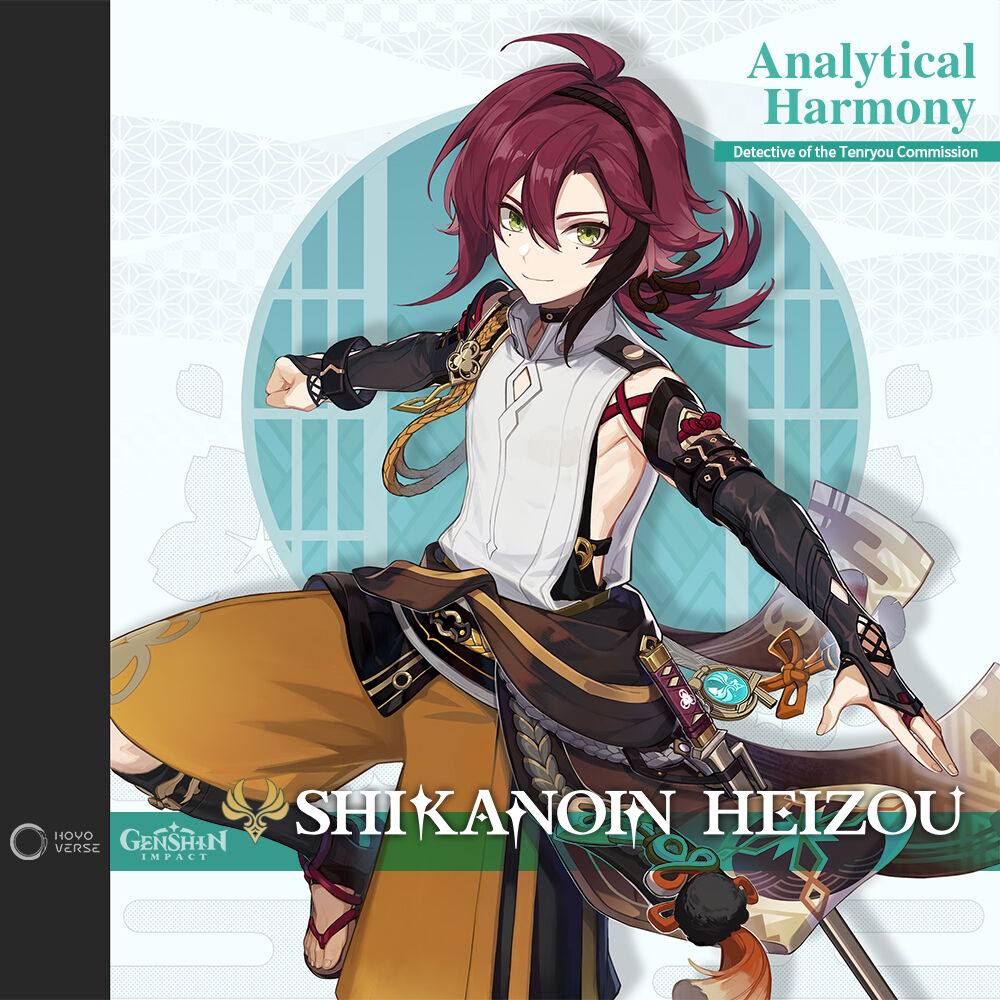 A brand new male Anemo character is on his way to Teyvat. HoYoVerse, the developer of Genshin Impact, confirmed today through Facebook that the new character, Shikanoin Heizou will be coming soon. The new character might be coming to the 2.8 Update, right after 2.7 which features Yelen and Kuki Shinobu.

Shikanoin Heizou is allegedly the first male catalyst character hailing from Inazuma as revealed by popular leaker Lumie. He is an unruly and free-spirited, but cheery and vivacious young detective working for the Tenryou Commission.

He is undeniably the number one detective not only in the Tenryou Commission but also in Inazuma. Despite the fact that he calls himself a detective and works for the Tenryou Commission, his investigations seem to concentrate on his personal principles and are unrelated to any governmental obligation. His superior, Kujou Sara, dislikes him for this but keeps him since he constantly produces results.

In other news, according to BLANK, another popular leaker, 2.8 Beta will be released on schedule which was further supported by SagiriShape, who reveals that the beta would start on 18 May.

Mostly we will be able to take a first look at Shikanoin Heizou kit and skills as the beta might unveil new content that will be coming to Genshin Impact. As of now, the 2.7 update is still delayed due to Shanghai lockdown where Hoyoverse’s main office is located.

Pokdepinion: I am as surprised as everyone about the sudden Heizou drip marketing as we were all expecting to not have any updates so soon from Hoyoverse. From the looks of it, update 2.7 might be shortened to compensate for the rushed schedule for the 2.8 release.

Charlotte Wu
Once upon a time, a farmer obtained some beans in exchange for a cow. The beans became me. My love for eggs is very strong.
Pokde Recommends
AndroidGenshin ImpactHoyoverseInazumaiosmiHoYoPCPlayStation 4AndroidGamingiOSMobileNewsNintendoPCMRPS 4
MORE
Read More
1197