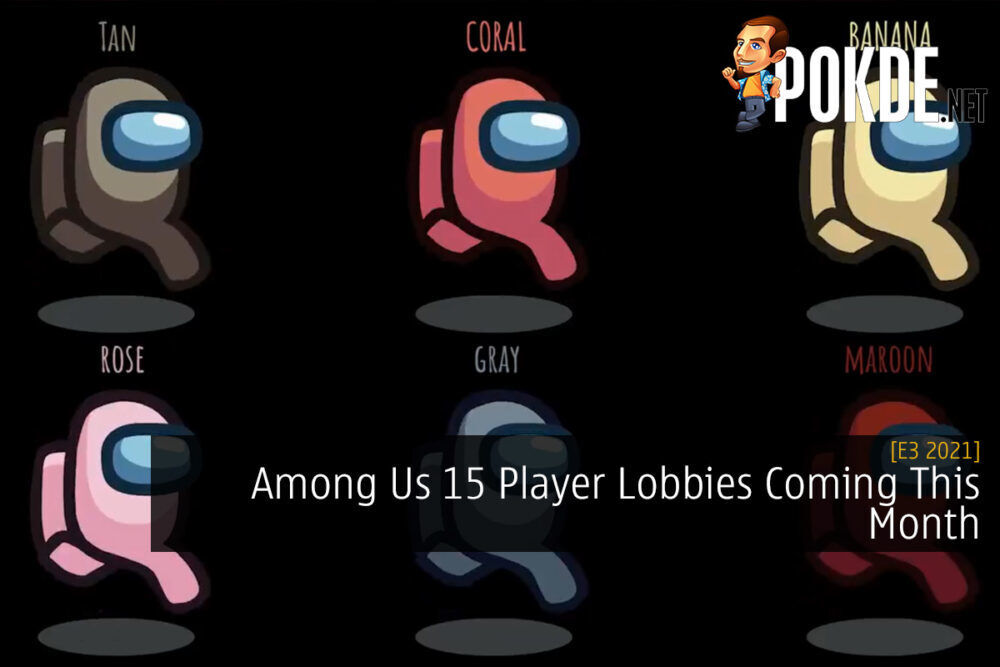 As many of you may know by now, Innersloth is planning some big updates for Among Us to revitalize the excitement surrounding the game. At E3 2021 during the Xbox and Bethesda presentation, we got a new trailer highlight the expansion from 10 players to a 15 player lobby.

Apart from the increase in maximum player limit per lobby, we will be getting new colours, mobile gamepad support for Android and iOS versions, and the ability to honk the horn in the Airship map. You’d think I was joking on that last part but I’m dead serious.

look!!! at all the new!!! upcoming bean colours!! 🔥 which will u violently fight over to be your main?

aaand don’t forget we just released our roadmap, which reveals our plans for the next few updates heheh

Recently, Innersloth shared on the roadmap for Among Us, and we are expected to see a new hide and seek mode, cosmetic items for the visors, achievements, and yet another new map. Moreover, we are expected to see new roles like Sheriff and Scientist, though how they work is unknown and it may differ from the community mods.

The Among Us 15 player lobby expansion update will be launching on 15th June 2021, the date of its 3rd year anniversary. It will be available on PC, Android, iOS, and Nintendo Switch. The Xbox and PlayStation versions of the game are expected to launch sometime later this year.

Pokdepinion: If they could add more roles, I really hope they add the Jester role. It’s simple and it deters people from voting out of biasness. Heck, if that happens anyway, it would be fun to see the arguments that happen afterwards.

Aiman Maulana
Jack of all trades, master of none, but oftentimes better than a master of one. YouTuber, video editor, tech head, and a wizard of gaming. What's up? :)
Pokde Recommends
Among UsBethesdaE3 2021GamingindieInnerSlothMalaysiaMicrosoftAndroidGamingiOSMicrosoftMobileNewsNintendoPCMR
MORE
Read More
2660

How to Get the Among Us Skin on Fall Guys and Play As the Impostor?
Read More
4406

[E3 2021] Square Enix Confirms Guardians of the Galaxy Game
Next