MENU
Sections
Gadget
Now Reading
Samsung Galaxy A8(2018) and A8+(2018) launched; two front cameras but the rear camera is a lonely one
NextPrev
Contents
4134
0 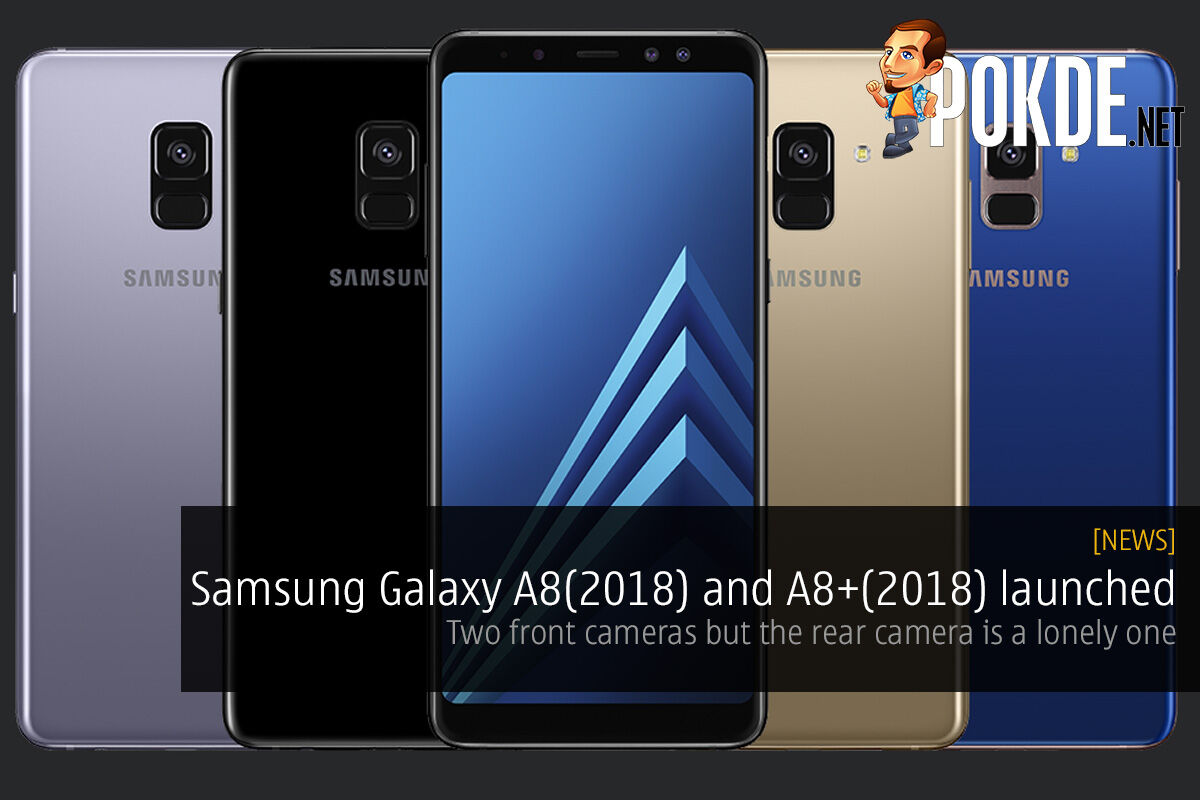 Samsung has quietly announced the Galaxy A8 (2018) and A8+ (2018) as the first members of their 2018 lineup. The Galaxy A8 (2018) duo offers some of the latest must-have features, including the 18.5:9 Infinity Display from its recent flagships and IP68 water and dust resistance, as well as the metal frame sandwiched between two curved glass panels. 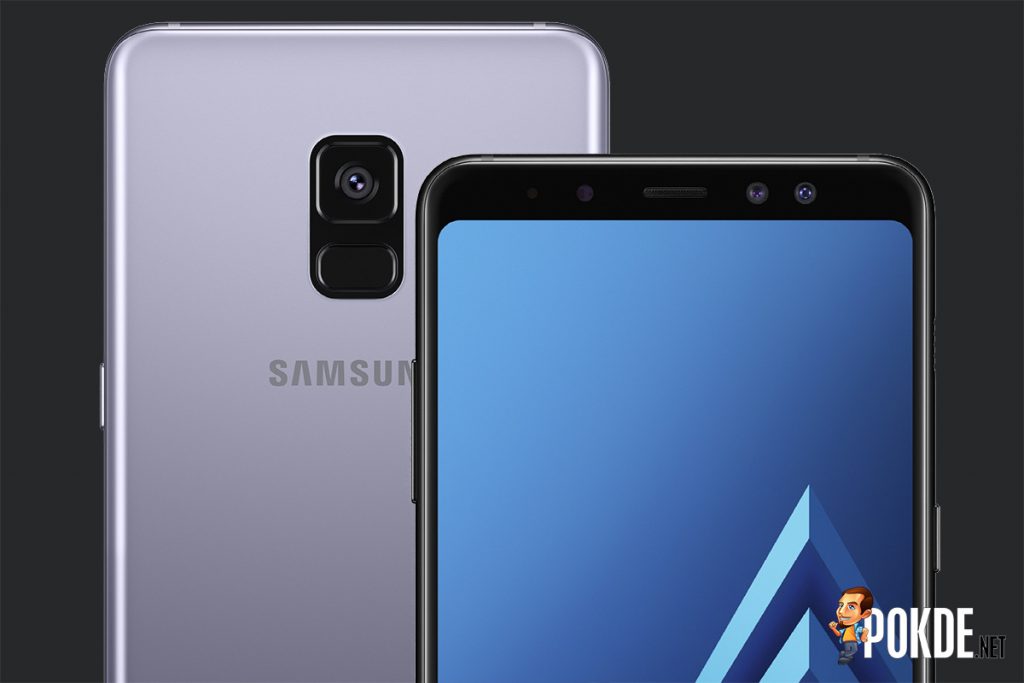 The Galaxy A8 (2018) and Galaxy A8+ (2018) are also Samsung’s first devices to pack dual front camera systems. As selfies are becoming serious business for smartphone manufacturers, Samsung isn’t going to be left out with its 16MP f/1.9 and 8MP f/1.9 dual front camera with Live Focus for bokeh effects in your selfies. The rear camera is lonely though, but it features a wide f/1.7 aperture in front of its 16MP sensor which also comes with PDAF. And oh, Samsung finally learnt how to position a rear-mounted fingerprint sensor properly! Just decided I had to point that out.

The rear camera does offer video digital image stabilization (VDis) technology and also hyperlapse, to let you create more impressive videos. Keeping things running would be a new octa-core processor which has its cores set in an unprecedented big.LITTLE configuration. That would be a pretty unique 2 x 2.2 GHz performance cores + 6 x 1.6 GHz efficiency cores setup. The Galaxy A8 (2018) will come with 4GB RAM and up to 64GB of storage, while the A8+ (2018) will be offered with either 4GB or 6GB RAM. 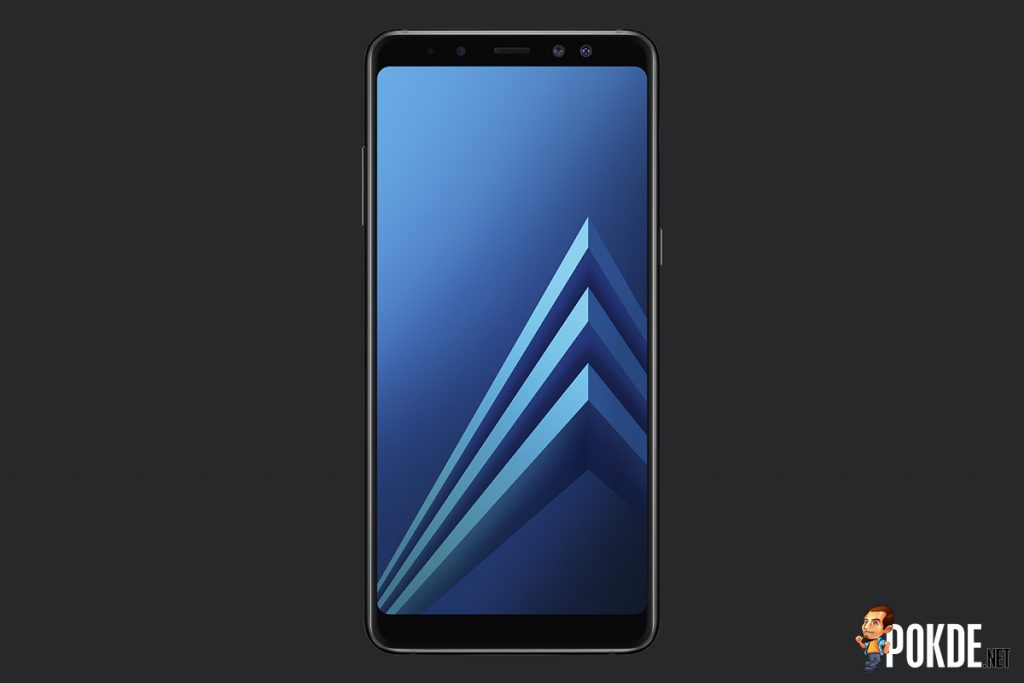 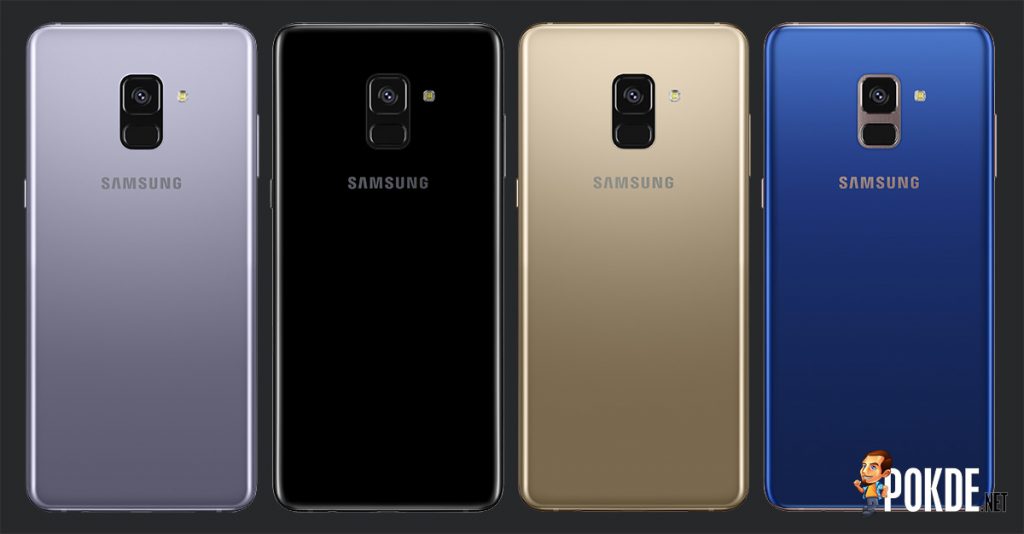 Both devices are curiously specified to run Android 7.1.1 Nougat despite them being slated for launch in January 2018. Samsung Pay is available with NFC and Magnetic Secure Transmission (MST) support. The Samsung Galaxy A8 (2018) and A8+ (2018) will be available in a choice of four colors including black, orchid grey, gold and blue.

Pokdepinion: The Galaxy A8 (2018) looks like an interesting device. The rear fingerprint sensor is finally properly positioned, and the new SoC looks like it will offer a nice balance of efficiency and performance. Can’t wait to see it around next year!