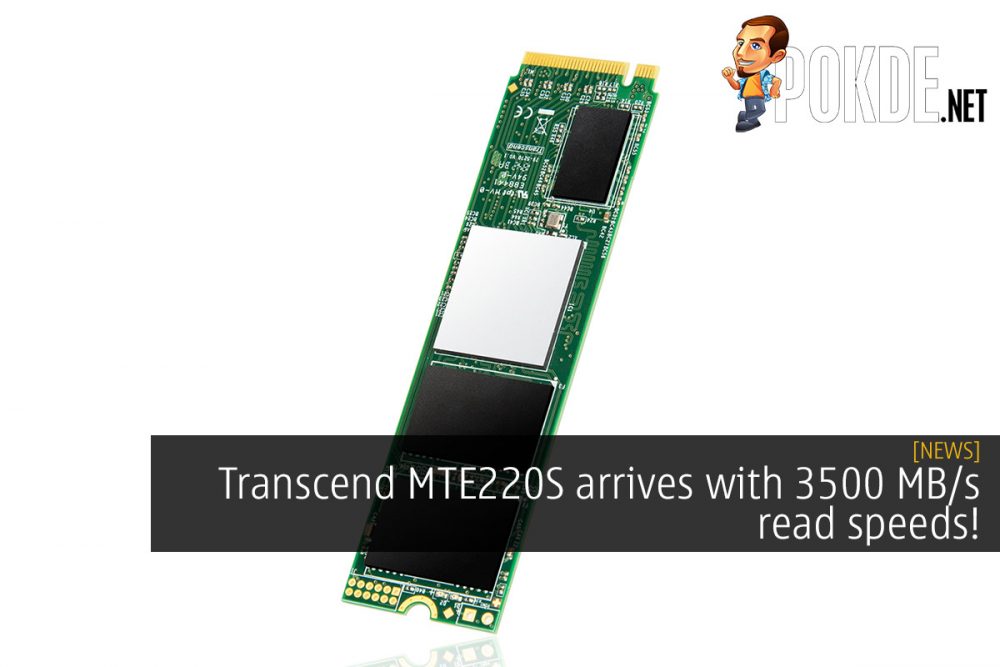 Transcend’s latest PCIe NVMe SSD is a speedy one. The Transcend MTE220S comes with a full PCIe 3.0 x4 interface, and makes full use of it. The nippy SSD is rated at up to 3500 MB/s read and 2800 MB/s write, with significant improvements of the 4K random performance.

The Transcend MTE220S will be available in capacities ranging from 256GB to 1TB.

Pokdepinion: I wonder what the price will be for these quick little SSDs…

SSD prices to go up with 6.5EB of 3D NAND lost to contamination
Read More
4650