MENU
Sections
GPU
Now Reading
Graphics cards prices are on the downward trend, drops as much as 32%
NextPrev
Contents
32611 1
0 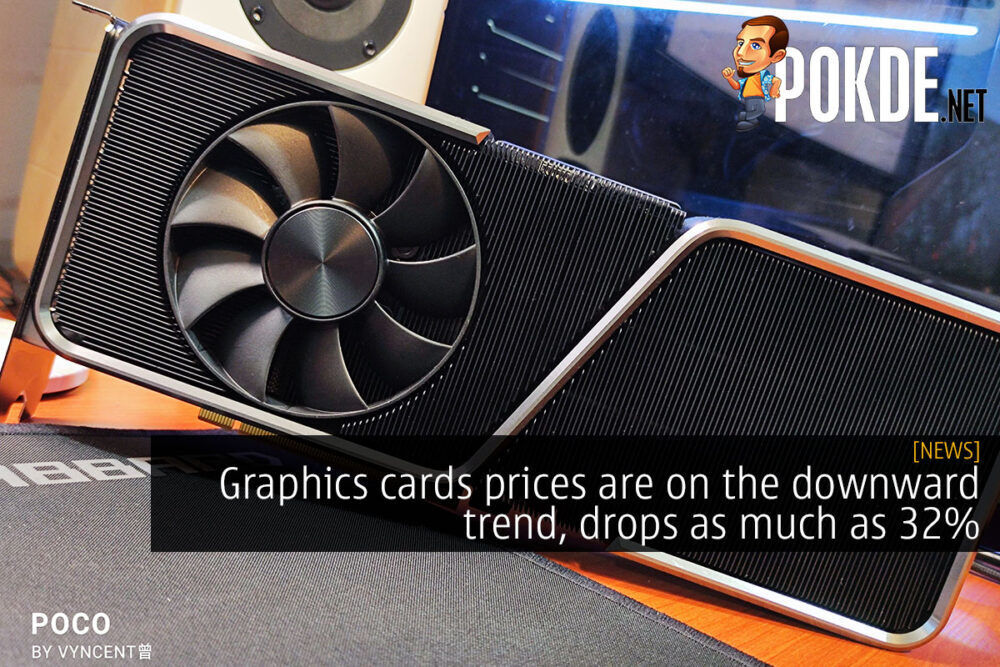 After the relatively good news from ASRock, reports are also pointing towards graphics card prices being on the downward trend, at least in the US. Redditor u/gregable has shared a chart where he plotted the price per hashrate over time for a number of GPUs, and the graph is visibly on the downward trend.

As hashrate is pretty much fixed on the GPUs, it essentially means that graphics cards are actually getting cheaper. According to his charts, the average cost per MH gone down by more than 20%, from $26.22 on 16th May, to just $20.88 two days ago. 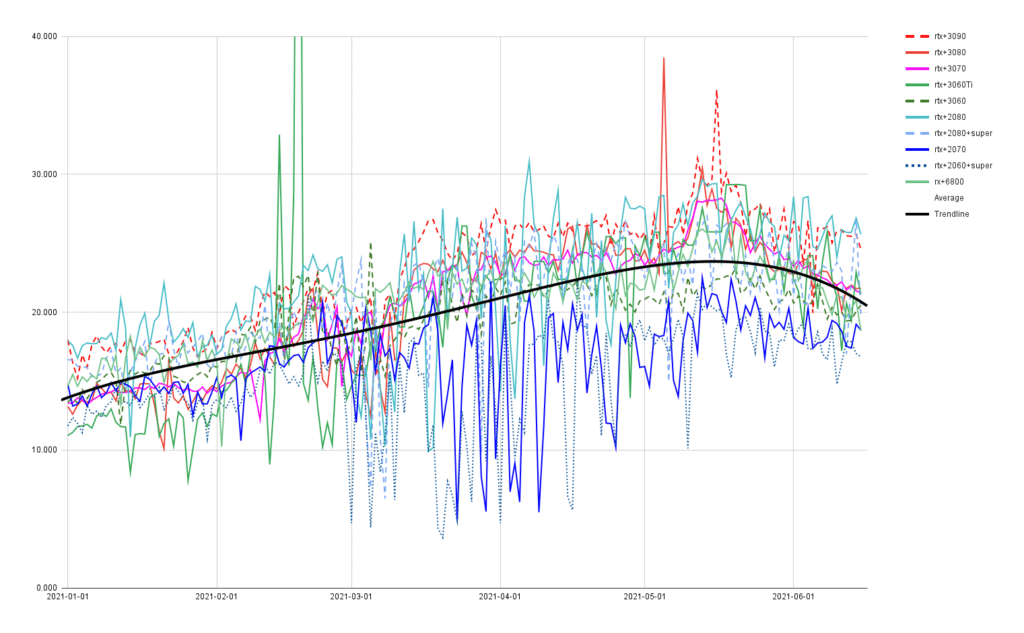 This is mainly a result of significant price drops in the high hashrate cards like the GeForce RTX 3090 that has gone down by a whopping 32%, while the GeForce RTX 3080 and RTX 3070 has dropped by about 25%. The Reddit thread also sees commenters who mentioned that they are observing a similar trend on their end, with lower prices and improved availability.

This might be due to the lower demand from miners thanks to the massive drop in the value of Ethereum, improved supply from NVIDIA’s end, or possibly both. Tom’s Hardware aggregated data from eBay also indicates a downward trend, with the biggest drops seen in the GeForce RTX 3060 Ti that has went down by 12.6% on average. 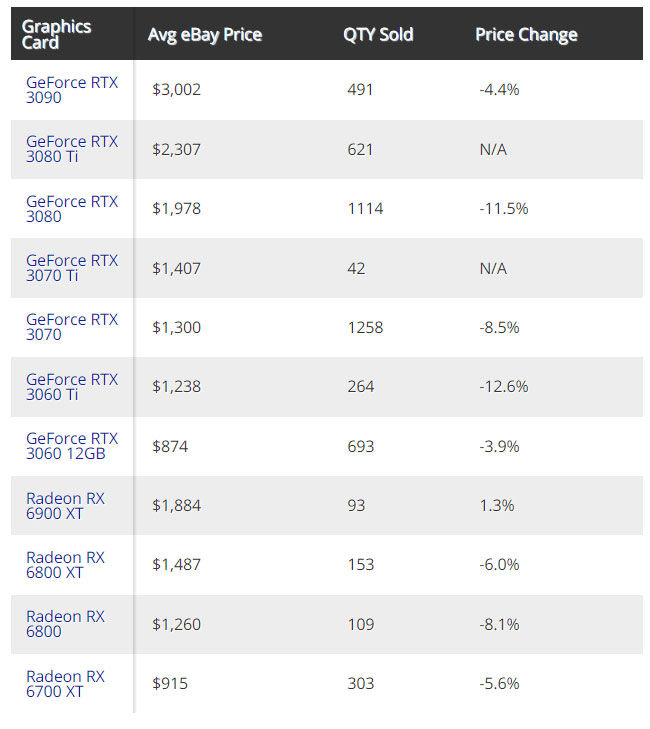 But it is also worth mentioning that all the cards are still way above MSRP, so we are still some ways away from seeing affordable graphics cards. The only card in Tom’s Hardware’s table to see a price hike is the Radeon RX 6900 XT, which went up by 1.3%.

Better days for gamers might be coming soon, but there might be other factors that will keep the lofty prices afloat for some time, so don’t expect to be able to find graphics cards in stock on shelves that soon, especially not here in Malaysia.

Pokdepinion: AMD and NVIDIA has committed to improving supply, so let’s see if we will see more GPUs at more reasonable prices in the near future.