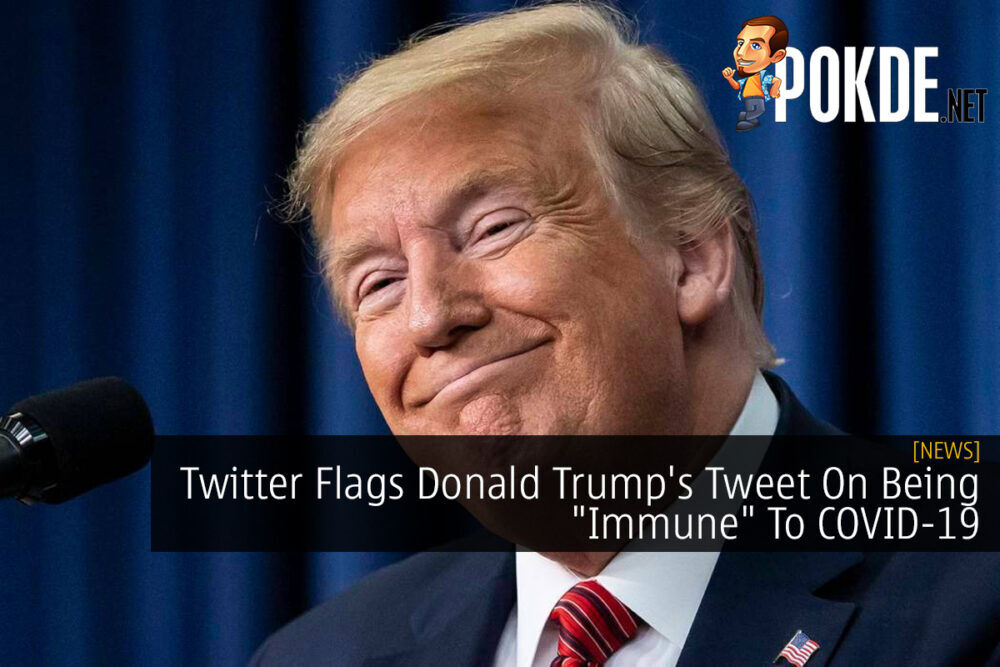 You might have known that Twitter takes misleading information seriously on their platform and it seems that Donald Trump’s tweet has prompted the social media platform to act.

This hasn’t been the first time that the president to have issues with Twitter where Trump has even looked to shut down Twitter itself.

The latest tweet sees Trump saying “A total and complete sign off from White House Doctors yesterday. That means I can’t get it (immune) and can’t give it. Very nice to know!!”.

Twitter has then took action and disabled some of the sharing options of the tweet, where they’ve also flagged the tweet for violating the platform’s rule with spreading misleading coronavirus information.

It seems that the tweet is still to be quote-tweeted. Here’s what Twitter has said about the matter:

Pokdepinion: I’m pretty sure that you can definitely get COVID-19 again .. I don’t know what he was thinking about when he tweeted that.

Among Us Could Add Guardian Angels Feature
Next

[RazerCon 2020]: Everything That Razer Announced At Their Inaugural Keynote
Latest Video
Read More
3292