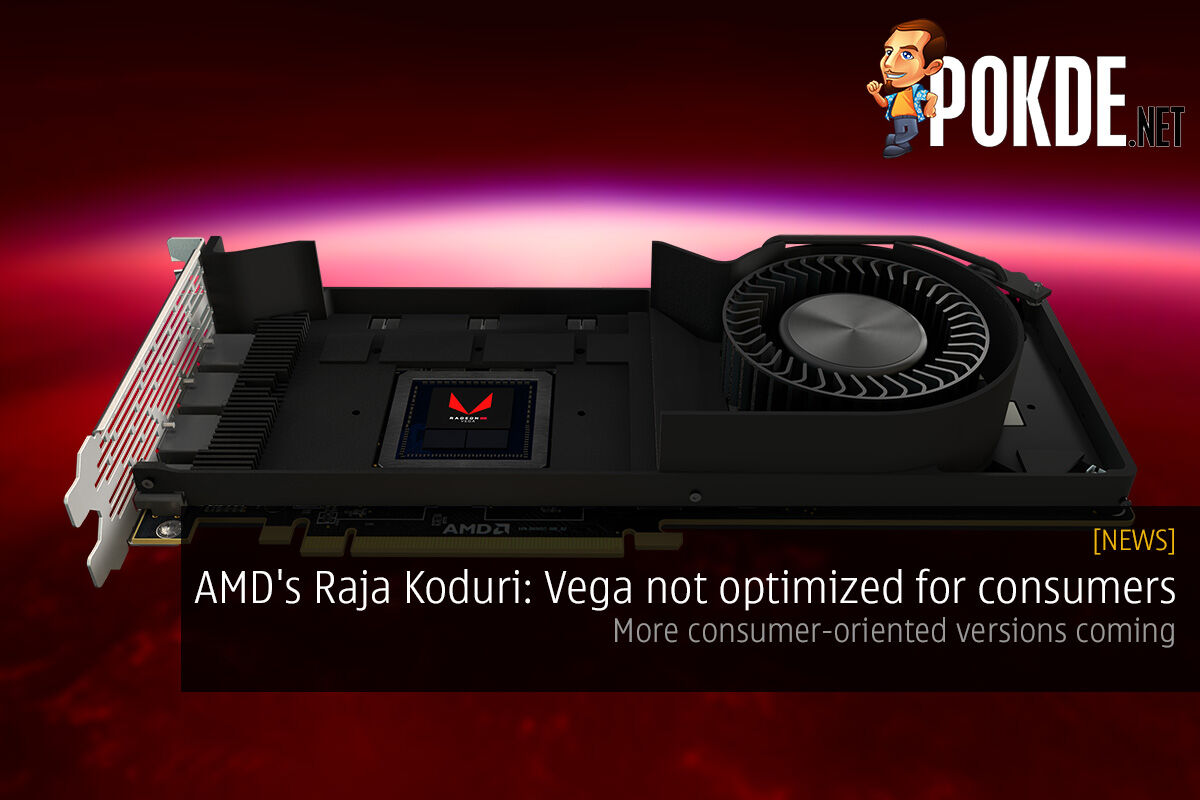 There has been quite a lot of chatter on the interwebs as reviews of the AMD RX Vega cards are popping up left, right and center. AMD’s Radeon Technologies Group‘s leader, Raja Koduri, has taken to Twitter to set the record straight on the AMD Vega architecture. 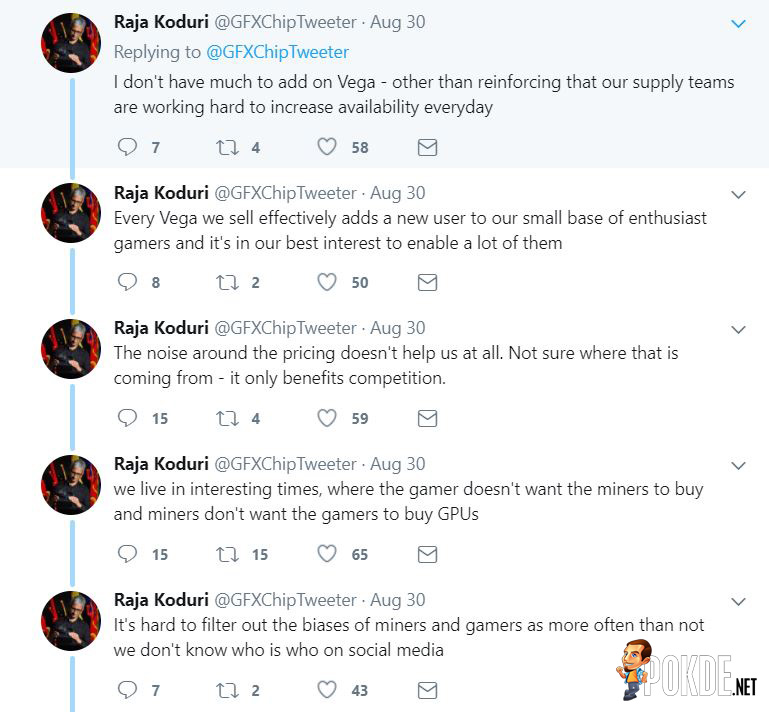 One of the first things that he addressed was the Vega shortage which has led to retailers raising the prices of the cards and causing consumer dissatisfaction. We can see Raja telling everyone that these prike hikes are not AMD’s fault, and they are working on improving supply. 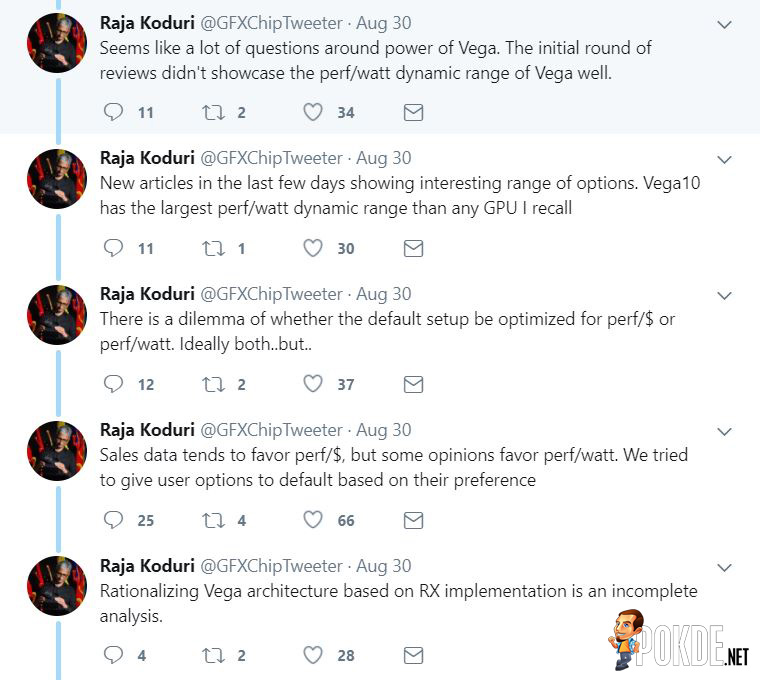 Also, he touched on how initial reviews weren’t highlighting the wide performance/watt dynamic range of AMD RX Vega, instead opting to run them full throttle where they consume the most power, giving inherently poor performance/watt figures. Vega cards can be really frugal or a real power sucker depending on what you seek from it. Throwing it in Power save mode, you can effectively cut power consumption by 35% and yet only lose 4% of performance, as seen in TechReport’s benchmarks. In max performance mode, the performance-per-dollar ratio is better, but the performance/watt suffers as the cards are pushed to their limits. Any overclocker knows that the last bit of performance is very costly to extract out of any chip, needing huge increases in voltage and thus a big jump in power consumption, and it seems that AMD has decided to do it to make the AMD RX Vega cards look better in terms of performance. 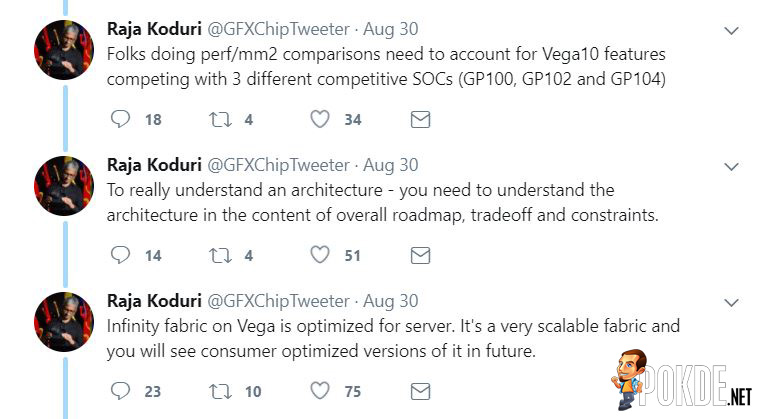 But wait, there’s more. Raja Koduri is hinting at the fact that aside from more optimized GPUs coming in the future, there are still features that are currently inaccessible on the AMD Vega GPUs, and will need to be enabled via software in the near future. Fine wine, anybody?

Pokdepinion: What do you think? Did reviewers not do a good job with the AMD RX Vega cards, or is Raja Koduri trying to talk his way out of something that just isn’t up to snuff? Let us know in the comments section!

[EXCLUSIVE]Hands on with the OPPO R11 FC Barcelona Edition; do you bleed red ...
Next