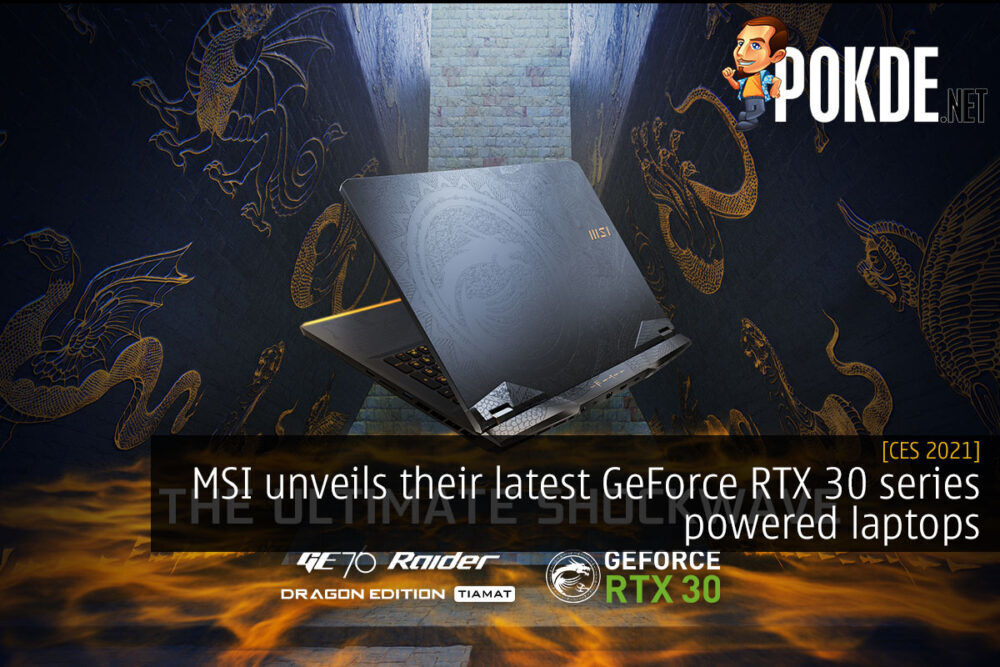 MSI has just launched their latest lineup of laptops powered by the NVIDIA GeForce RTX 30 series graphics. Ranging from refreshes of their performance-oriented MSI GE Raider series to the more portable MSI GF Thin series of gaming laptops and MSI Creator 15 content creator machines, MSI pretty much the entire lineup will be refreshed with the latest Ampere graphics. 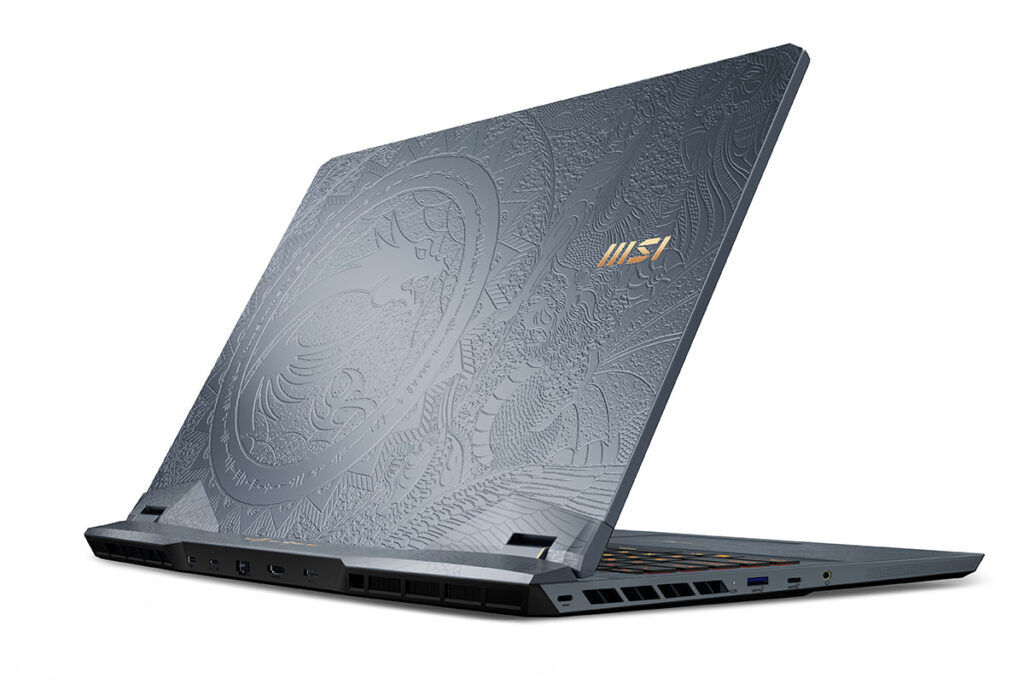 As what appears to be the flagship of the MSI’s GeForce RTX 30 series-powered lineup, the MSI GE Raider series gets the honor of having the special edition MSI GE76 Raider Dragon Edition Tiamat. The laptop is designed with an elaborate engraved lid, depicting Tiamat. Of course it will have to be more than a pretty laptop to make the cut, and MSI made sure to pack it with the 10th Gen Intel Core i9 processor, GeForce RTX 3080 graphics and also WiFi 6E, harnessing the previously vacant 6GHz band for better wireless connection. 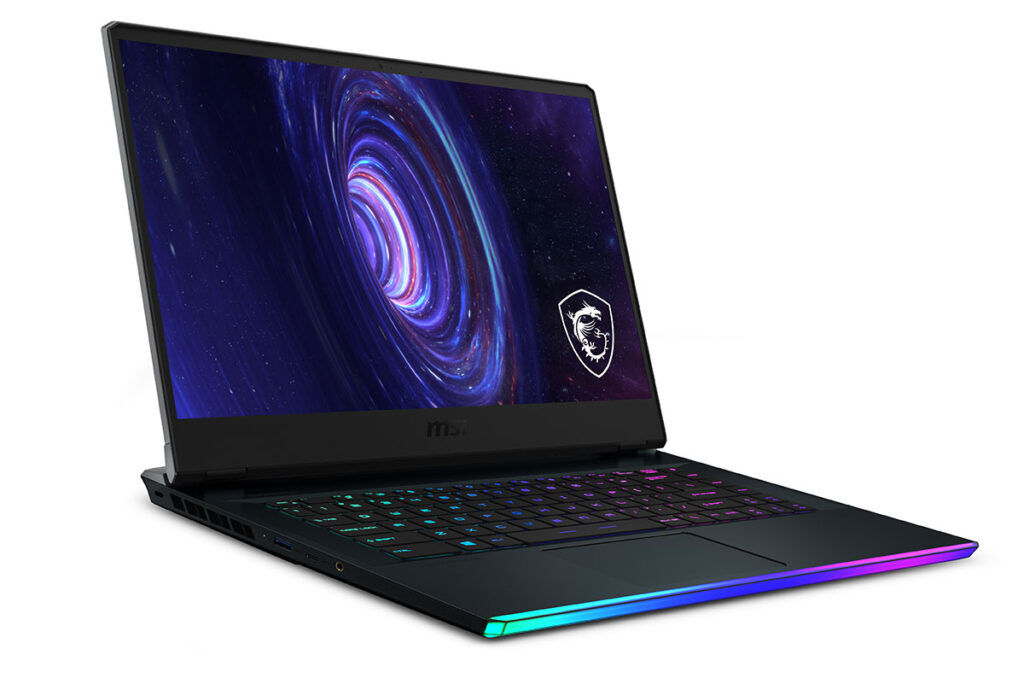 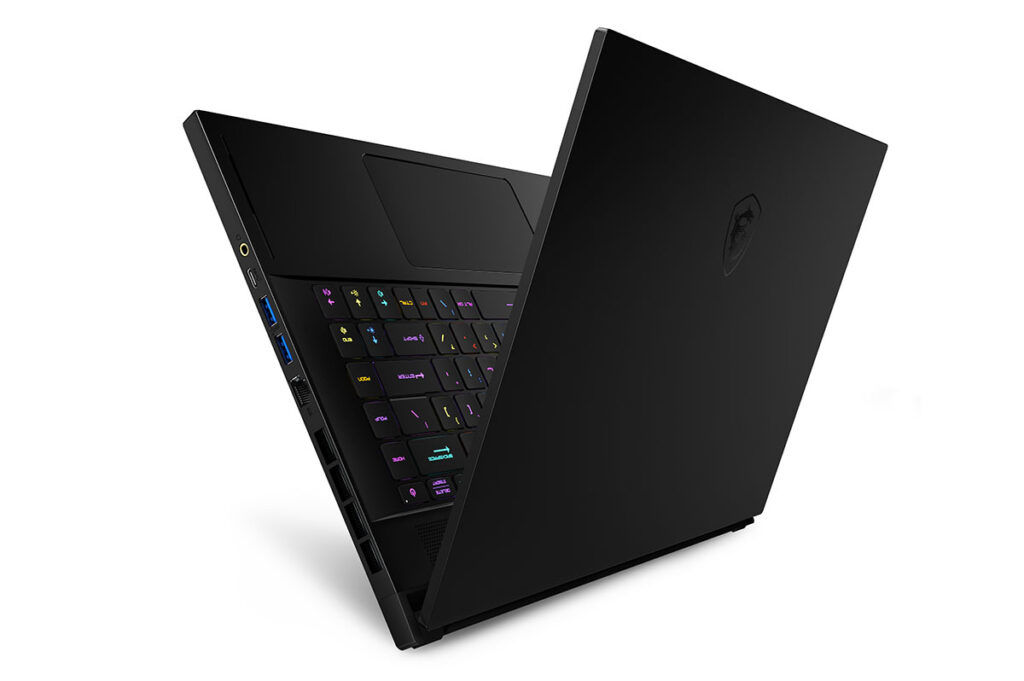 This laptop needs no further introduction. MSI retained the understated design of the MSI GS66 Stealth from last year, but upgraded the graphics to the latest MSI GeForce RTX 3080 Laptop GPU with 16GB of GDDR6 memory. The MSI GS66 Stealth won the Pokde.net’s Best Gaming Laptop of 2020 award, and we might see it appear once again as the best gaming laptop of this year too with the updated hardware. The MSI GS66 Stealth will also receive the upgrade to WiFi 6E to bring enhanced wireless connectivity to gamers. 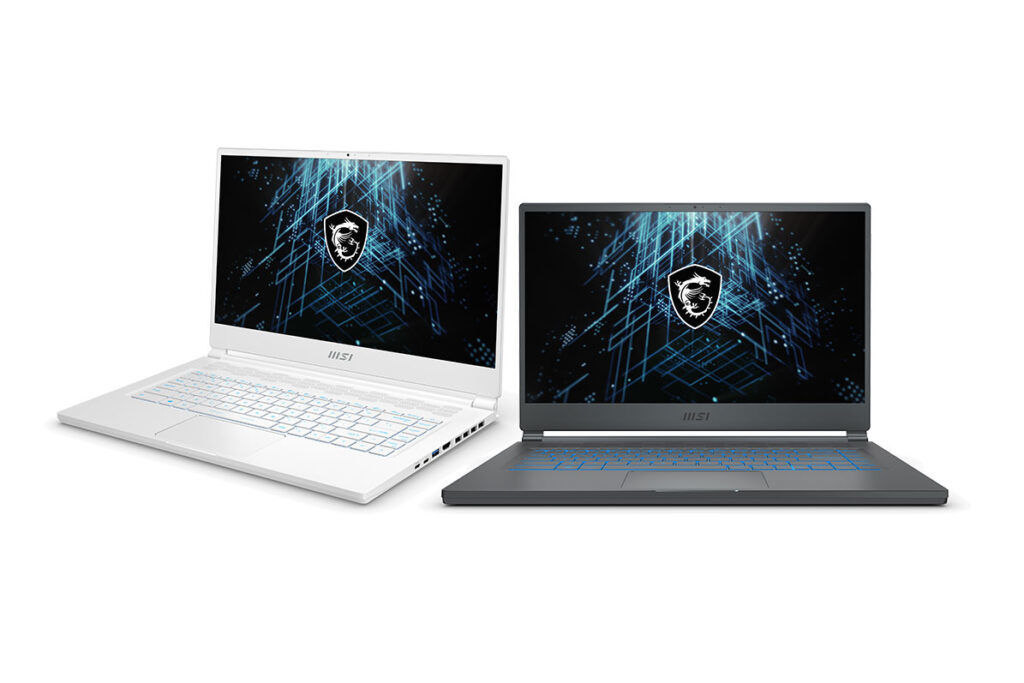 With the recent launch of the 11th Gen Intel Core H series processors, MSI now has a new category of processors to take advantage of. As such, the MSI Stealth 15M will now pack the latest Tiger Lake H35 processors to deliver more CPU horsepower than its predecessor did, in the same 1.7kg light package. It still retains the title of the thinnest 15″ gaming laptop in the world, and with the Tiger Lake H35 and GeForce RTX 30 series graphics under the hood, it might be one of the most powerful ultraportable gaming machines as well. 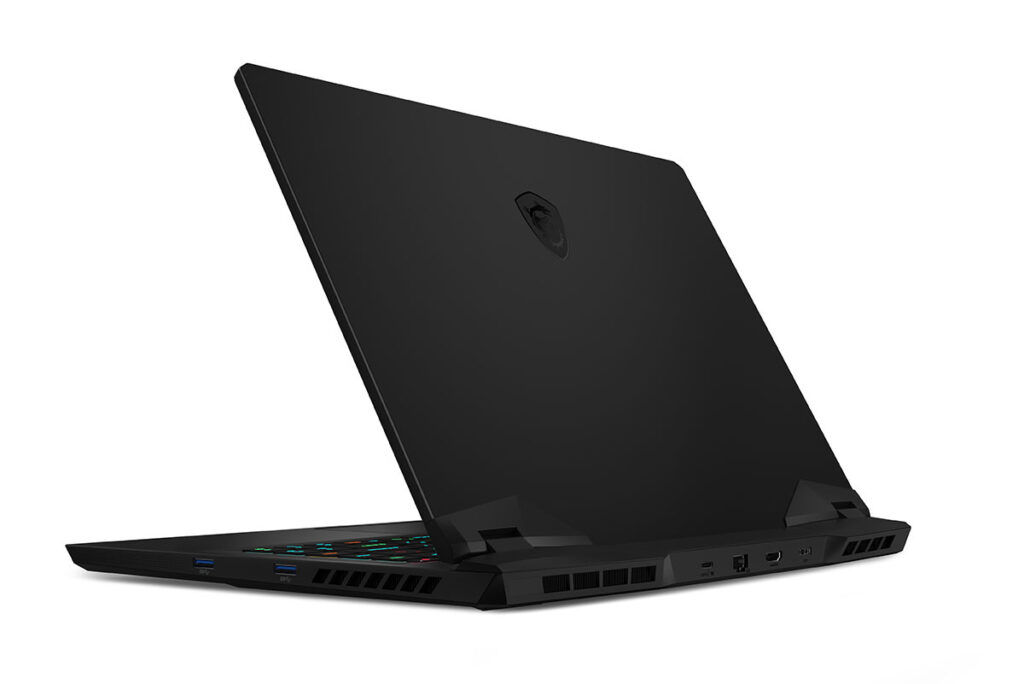 MSI evolved the MSI GP series from their more value-oriented gaming lineup to suit content creators better as well. MSI will be kitting the MSI GP66 and GP76 Leopard with the 10th Gen Intel Core i7-10870H and up to the GeForce RTX 3070 laptop GPUs. This will be paired with either a 17.3″ or 15.6″ FHD display running at up to 144Hz to deliver a fluid visual experience. 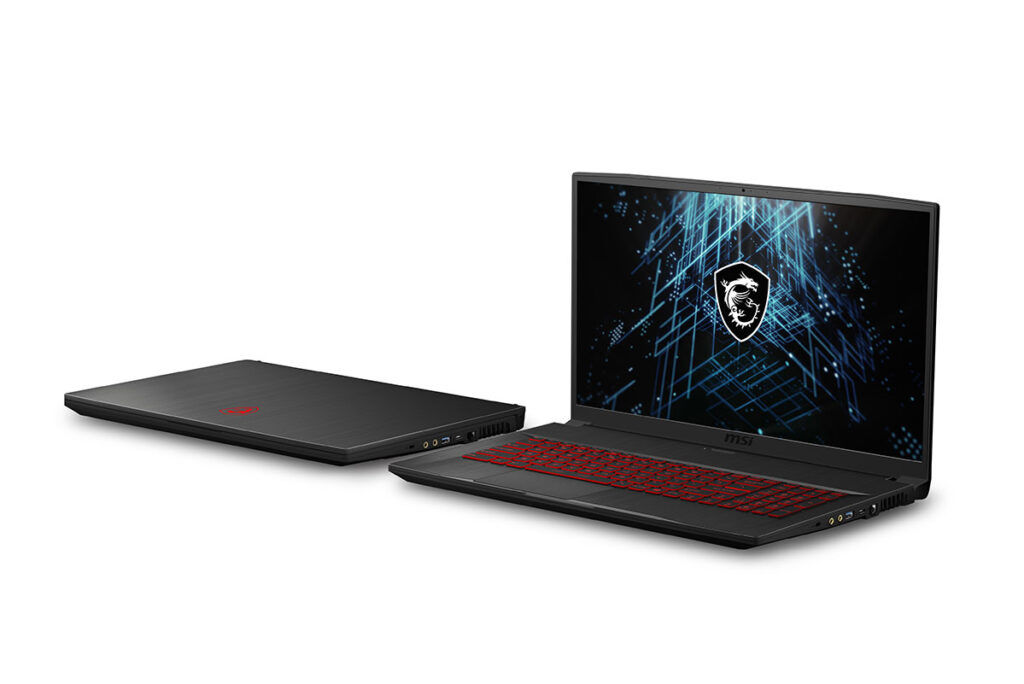 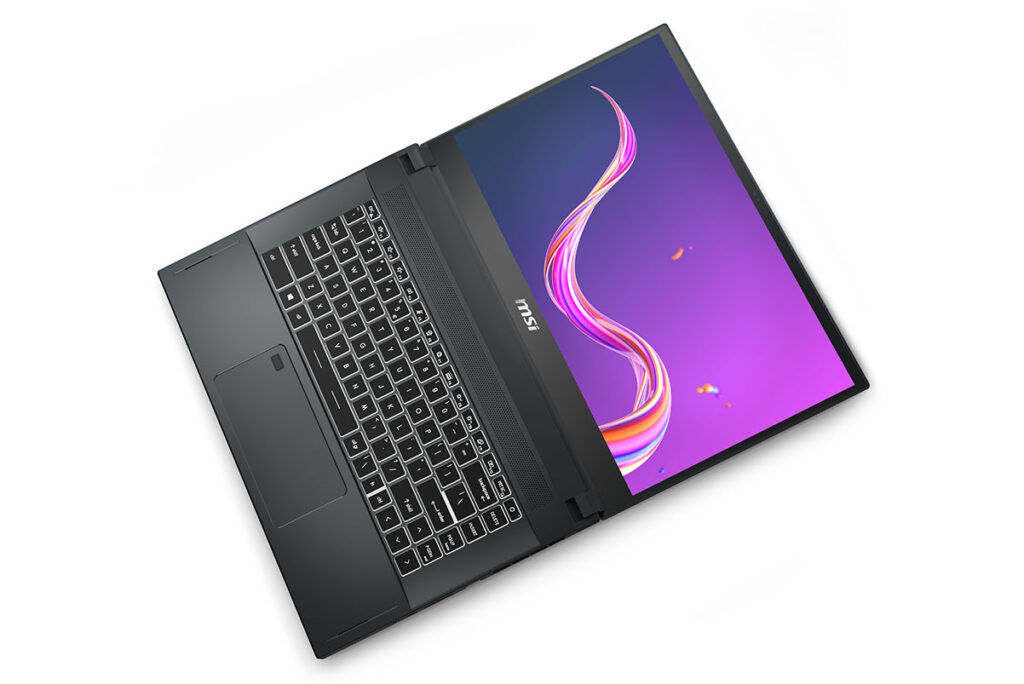 With a 4K True Pixel display verified by Calman capable of outputting the full AdobeRGB gamut, this is a laptop meant for the most demanding of content creators. The MSI Creator 15 accelerates render times with the latest Intel Core i7-10870H paired with up to the GeForce RTX 3080 Laptop GPU with 16GB GDDR6 memory. To allow for content creation on the go, the MSI Creator 15 touts a huge 99.9WHr battery as well as a touchscreen to facilitate easier usage when moving around.

MSI definitely has a very promising lineup of machines, and we can’t wait to see them here in Malaysia!

Pokdepinion: I can only imagine how orgasmic it must be to run your finger over the lid over the intricate engravings on the MSI GE76 Raider Dragon Edition Tiamat…