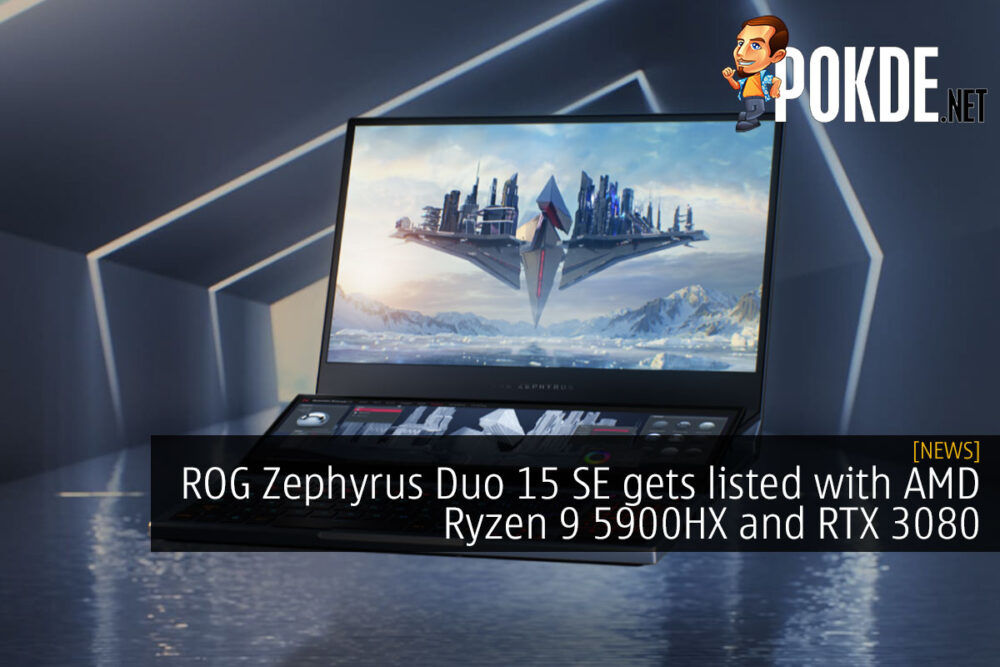 The ASUS ROG Zephyrus Duo 15 announced earlier this year was an amazing machine, and it seems like the next iteration will be even more awesome. A South African retailer has reportedly listed a series of ASUS ROG Zephyrus laptops featuring the yet unannounced AMD Ryzen 5000 series mobile processors and GeForce RTX 30 series graphics. 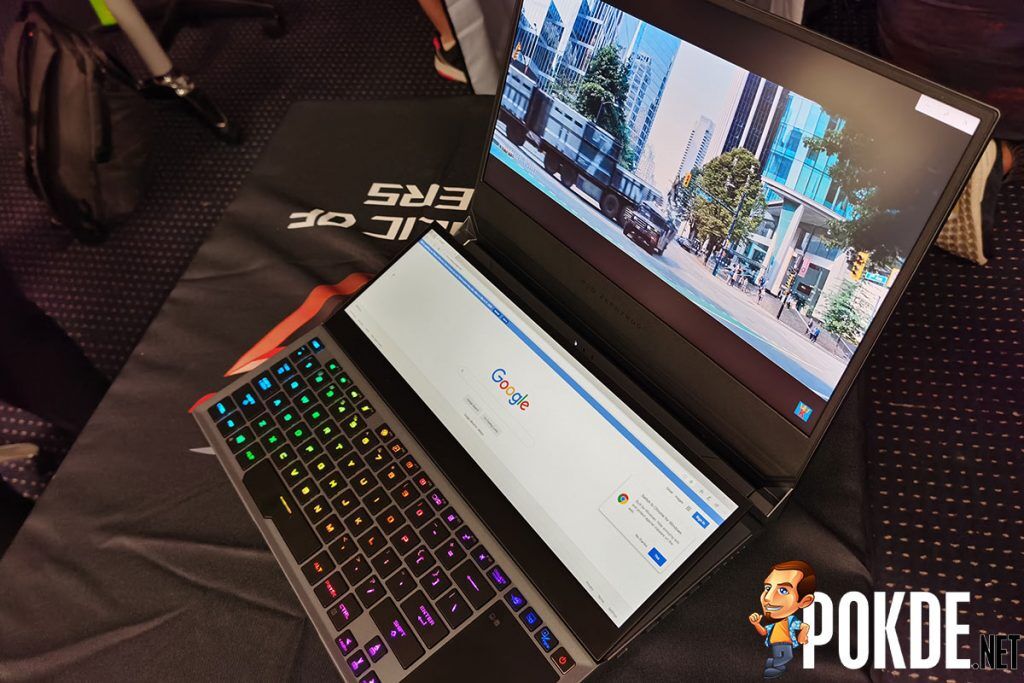 As what should be the flagship of the ROG Zephyrus family, the ASUS ROG Zephyrus Duo 15 SE is listed with an AMD Ryzen 9 5900HX. In the previous generation, we saw ASUS getting exclusive access to the AMD Ryzen 9 4900HS and Ryzen 7 4800HS, with the “S” suffix denoting that it is a specially binned 35W TDP part. We have no idea what the “X” here means, but it might indicate that AMD might be finally prepared to offer an overclockable SKU. 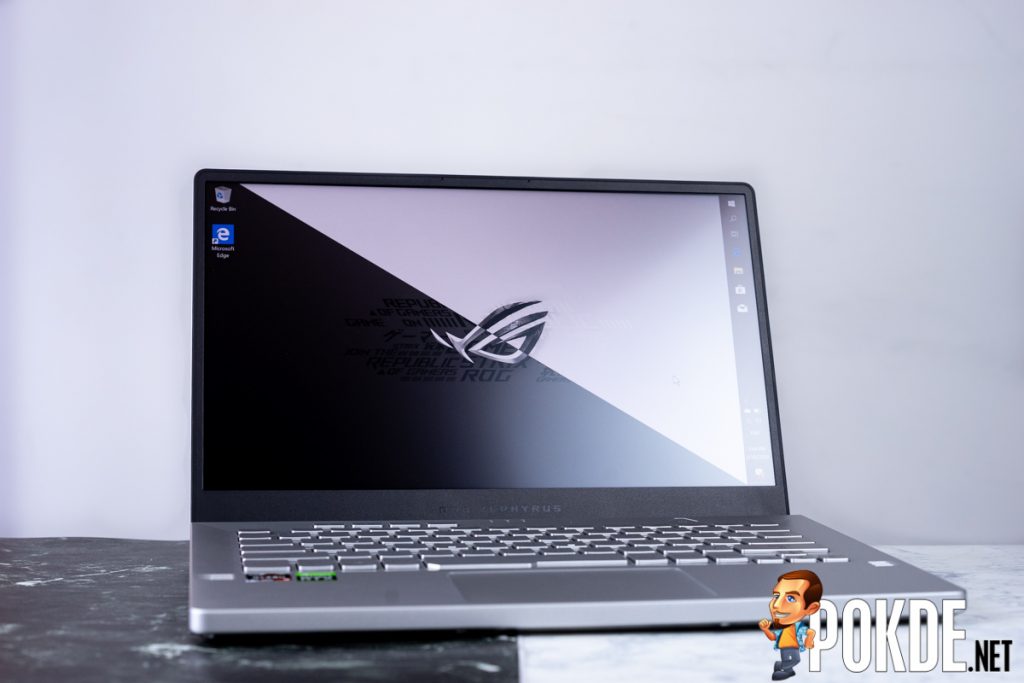 Also listed were the Zephyrus G14 with a Ryzen 9 5900HS and a GeForce RTX 3060 as well as a Zephyrus G15 that’s paired with a Quadro RTX 3000. The latter does seem rather weird as the Zephyrus G15 should still be member of the Republic of Gamers series, and is not a part of the ProArt lineup where a Quadro GPU would make more sense. Perhaps it was a typo on Pinnacle’s end. Or maybe ASUS is really intent on blurring the lines between their workstation and gaming laptops?

If anything, I am quite interested to see what the AMD Ryzen 9 5900HX will bring to the table. Will it be a higher TDP? Or an unlocked multiplier? The ROG Zephyrus Duo 15’s cooling design is more than capable of handling an Intel Core i9-10980HK, so I do think that it won’t have any issues handling the more efficient AMD Ryzen processors. 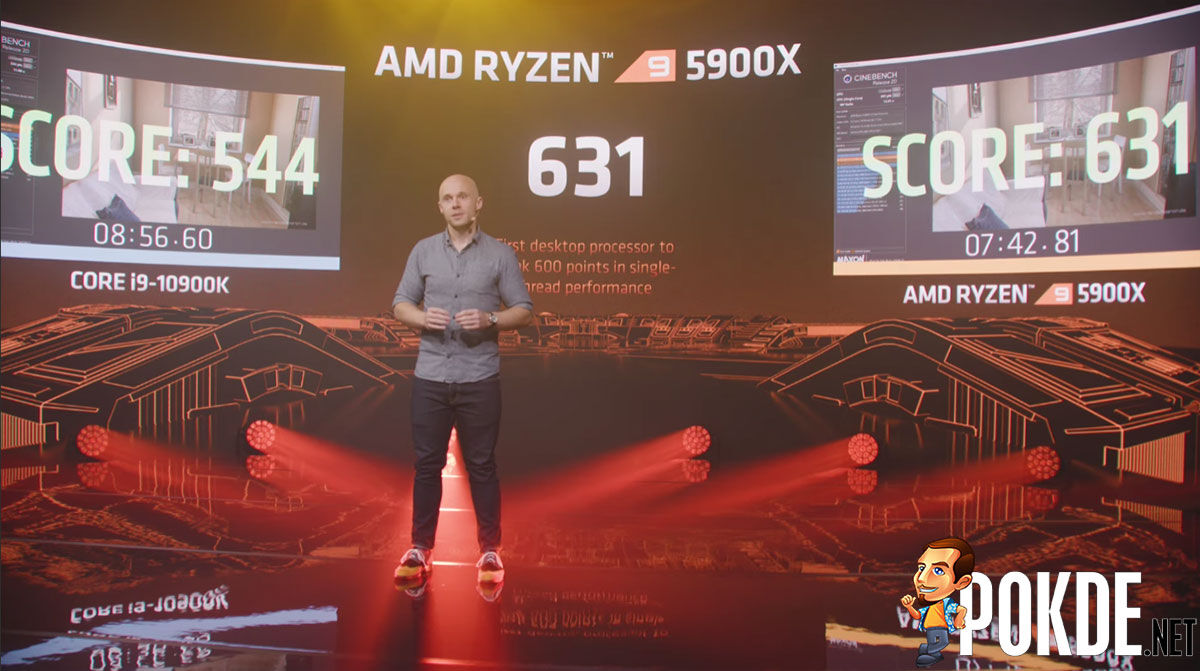 With the AMD Zen 3 architecture bringing improved IPC and efficiency, Intel definitely has their work cut out for them. With that said, the upcoming Tiger Lake high performance mobile processors will offer improved IPC and efficiency compared to their current Comet Lake parts, with the new Willow Cove core architecture and 10nm SuperFin manufacturing process. Well, I guess this makes next year’s laptop scene all the more interesting.

Pokdepinion: An overclockable Zen 3 in a laptop should absolutely annihilate the competition…

WD My Passport SSD 1TB Review — pricey, but still worth it?
Next