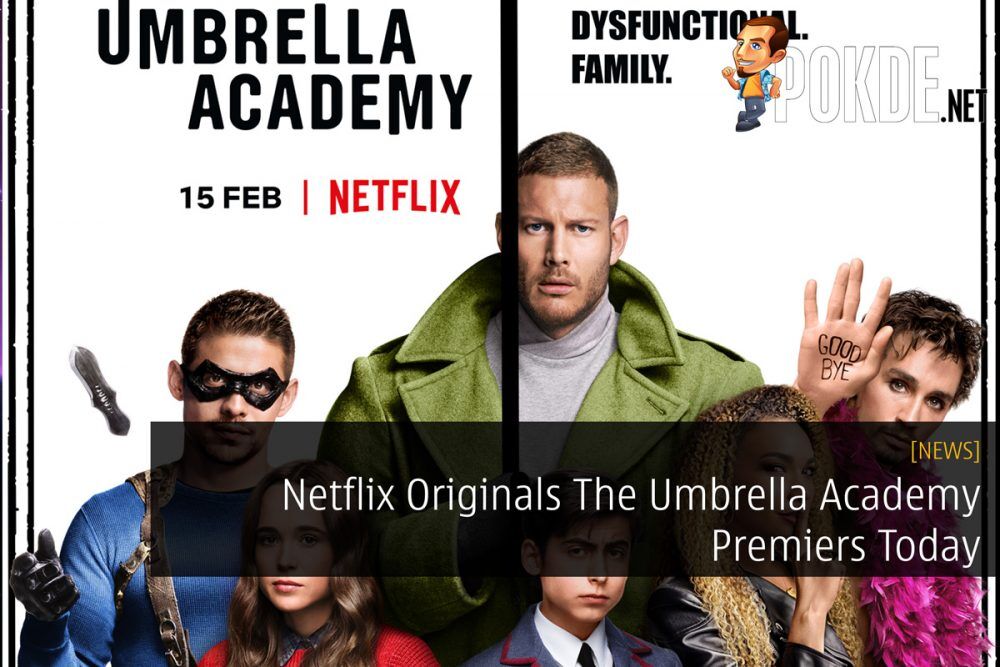 Feeling bored and wondering what you should watch on Netflix next? Well you might want to have a look at the weird and wild world of the Umbrella Academy, where it features a dysfunctional family of super heroes.

The story starts in 1989, where 43 infants are inexplicably born to random, unconnected women who showed no signs of pregnancy the day before. Seven are adopted by a billionaire who creates The Umbrella Academy and prepares his “children” to save the world. The six surviving members reunite upon hearing of their father’s passing and must work together to solve a mystery surrounding his death.

They then begin to fall apart due to their different personalities and abilities, adding to the fact that there’s an imminent threat of a global apocalypse.

The Umbrella Academy is based on the comic book series created and written by Gerard Way, whom you might know from the band My Chemical Romance. It is produced by Universal Cable Productions for Netflix and the show is available starting from today, 15th of February 2019.

Pokdepinion: The show looks kind of interesting. I should probably check it out later.

You Can Now Create Your Own WhatsApp Stickers!
Read More
403

Get An Additional FREE Game When You Preorder Tom Clancy’s The Division...
Latest Video
Read More
533