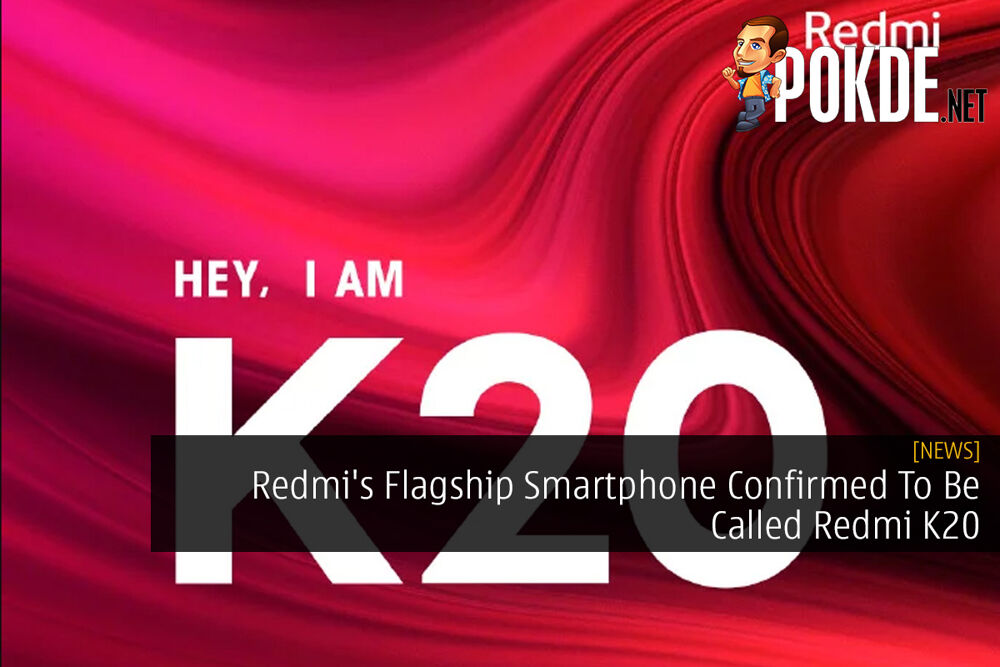 While previously we’ve reported that the upcoming Snapdragon 855 powered Redmi smartphone is set to be called the Redmi K20, the name has been finally been confirmed by the company’s general manager, Lu Weibing. 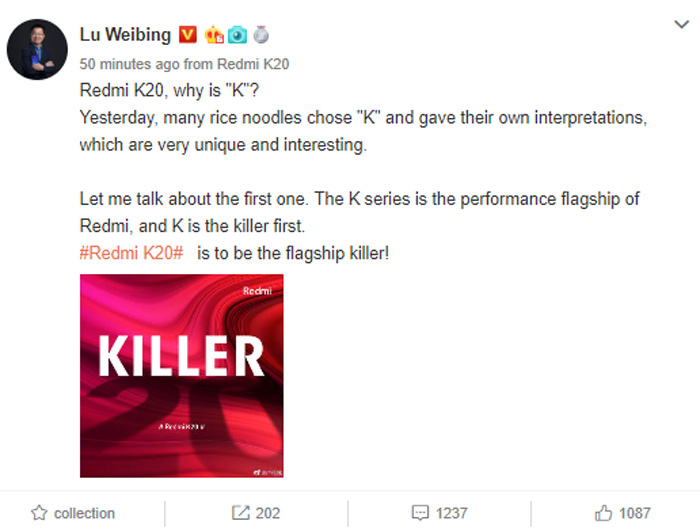 He revealed the detail at his Weibo account and of course he has stated that the Redmi K20 to be a flagship killer. If you’re wondering on what K stands for, well it stands for ‘Killer’.

Despite the confirmation of the name, its launch date is yet to be revealed. According to reports, either the Redmi K20 or K20 Pro is set to end up as Poco F2 in international markets.

The Redmi K20 is set to feature a 6.39-inch AMOLED display that comes with an under-display fingerprint scanner. Coming with a notchless display, the phone offers a 20MP pop-up camera. Over at the back, it comes with a triple camera configuration. Battery is 4000mAh big and it comes with a 27W fast charging.

Reports suggest that the K20 Pro variant will be packing the Snapdragon 855 chipset whereas the standard version will come with a lower snapdragon 730 SoC. Since they’ve come out with the official naming of the phone, expect to see more teasers out, showcasing more specifications of the phone.

Pokdepinion: Aside from the name, the device looks good (judging from known specifications). The biggest question is, is it the Poco F2 that people have been dying to get? 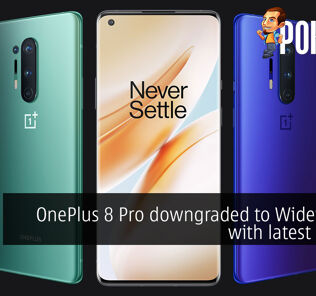 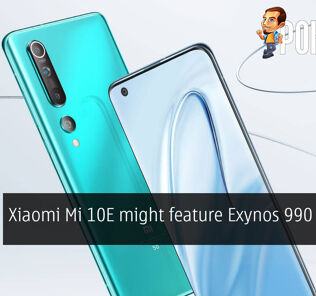 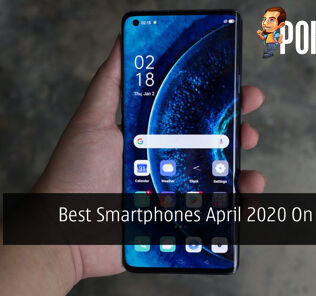 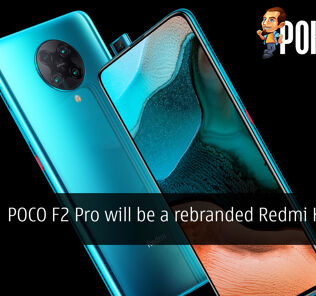 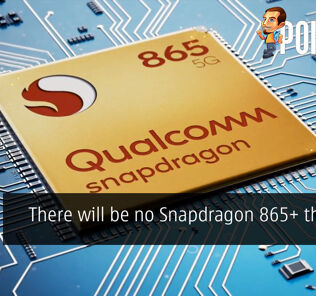 Lazada Prepares Deals For This Raya Together-gether Campaign
Next 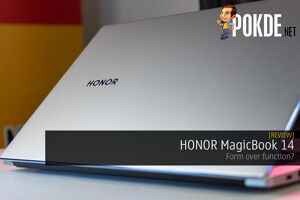