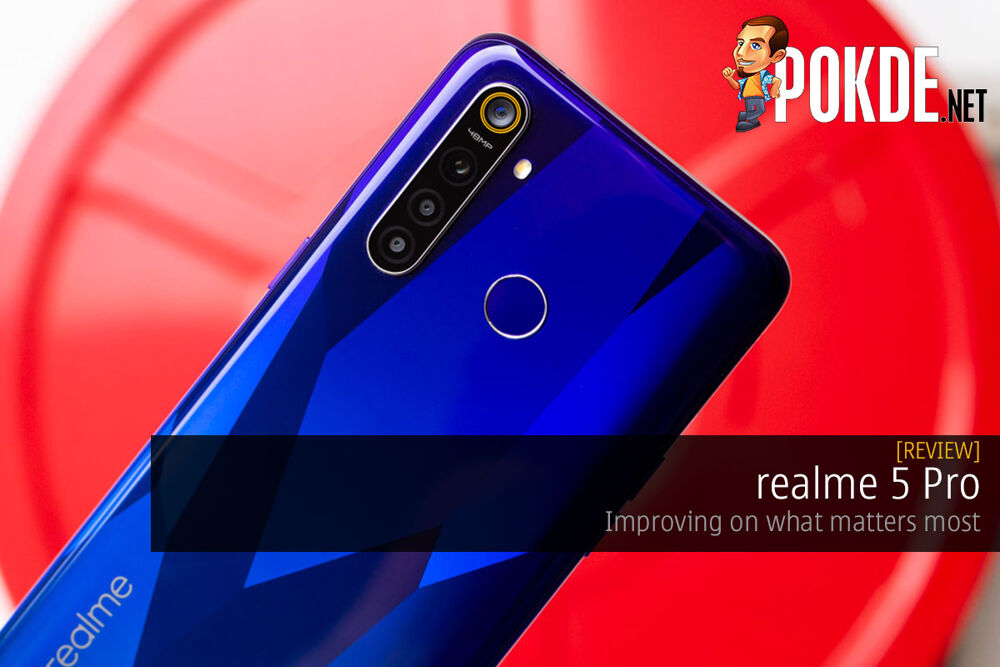 The realme 5 Pro picks up where the realme 3 Pro left off, with a slightly faster chipset but improves upon the camera significantly enough to make owners of the older device consider upgrading. Yeah, it's that good.

The realme 5 Pro is an excellent offering in the mid-range without any major compromises.

The realme 5 Pro picks up where the realme 3 Pro and definitely makes a huge leap. In many ways, and luckily, almost all of them are good. You get a faster chipset, more cameras and better cameras, and of course, a USB-C port, something which many of you considered to be of utmost importance when choosing a smartphone.

So let’s start off with the unboxing. While the realme 3 series came with very minimalistic packaging, the new realme 5 series comes in boxes that are much more similar to their OPPO counterparts. A picture of the device on a white background is an image I have related to more affordable offerings, and I really hope realme reconsiders this decision with the upcoming realme 6 lineup.

On the inside, the contents are pretty familiar. Of course, you get the realme 5 Pro, a soft TPU case, a SIM ejector pin, and of course, that sweet VOOC Flash Charge 3.0 charger with the USB cable. Don’t worry about that weird charger pins, Malaysian units will come with the appropriate UK plug.

To be entirely honest, I don’t really dig realme’s transition to their crystal-like back finishing. realme is really proud of this, by the way, as it is a much more complicated process. I probably wouldn’t mind it if this wasn’t realme’s current top-of-the-line device in Malaysia, but it is. The realme 2 Pro’s simple shimmery finish was nice, the realme 3 Pro’s racing lines were cool, but this… This doesn’t look premium at all to me.

You can see the quad-camera setup here, and in typical realme fashion, features one of the lens highlighted by a yellow ring. I feel like the position of the camera hump is good, and the highlight is well incorporated into the design.

On the front, you might actually be unable to distinguish between the realme 3 Pro and realme 5 Pro. both feature what appears to be the same display, with the same dot-drop notch. Nothing particularly out of the ordinary here.

On one side, you will find the volume buttons and SIM tray, while the other sits the lonely power button. realme seems to think that this is the optimal positioning for the physical buttons on a smartphone. I beg to differ, but then again, this approach is adopted by a number of top smartphone makers, including the fruity one, so I guess many do actually like this layout?

On the bottom of the realme 5 Pro here you find the headphone jack, the much-anticipated USB-C port, and the loudspeaker. It doesn’t team up with the earpiece for better sound, but this is perfectly fine in the mid-range segment.

Performance is pretty good in Antutu, with it having a pretty clear advantage over its predecessor. The higher clocks do seem to make a difference here.

Qualcomm applied an overclock to the two faster CPU cores, which is probably why we are seeing the higher single-core scores here. The multi-core score regressed a tad though.

realme might have made a mid-range workhorse here, as it obliterates the competition in this benchmark which evaluates performance in work-related tasks.

While we have seen some impressive performance improvements across the board, the realme 5 Pro doesn’t win when it comes to battery life. The higher clocks seem to have taken a pretty heavy toll on the longevity, with it clocking more than an hour less than the realme 3 Pro. Still, it’s going to easily last you a full day without worrying about having to charge it.

Since the realme 5 Pro comes with a VOOC Flash Charge 3.0 charge, recharging it is a really speedy affair. In just 30 minutes, I regained 48% of juice. Pretty impressive, if you ask me.

One thing I would like to highlight is how the realme 5 Pro didn’t even heat up one bit when I was running benchmark after benchmark. The same experience translated to gaming, making the realme 5 Pro great for longer gaming sessions.

Almost everything you touch on the realme 5 Pro is plastic, with the exception of the glass sheet covering the screen. Scratches are inevitable, so make sure to use the included TPU case. With that said, it feels quite sturdy in hand, probably due to the fact that it is actually quite a hefty device, coming in at 184 grams.

People with smaller hands might also struggle with the 6.3″ display of the realme 5 Pro, but I do find it nicely sized, and it does look good. However in a time where OLED displays are becoming really mainstream in more affordable devices, it does stand to look a bit duller than the rest. Quite literally too, as its maximum brightness tops out at 450 nits while most OLED panels are pushing 600 nits and beyond. But then again, I would still prefer the LCD panel realme used here on the realme 5 Pro any day over a 720p OLED display.

realme has started using ColorOS 6 since the realme 3 series, and I must say it is really quite good. ColorOS 5 was one of my least favorite skins, and ColorOS 6 is one of my preferred Android overlays, so there’s a huge difference in user experience here. It’s cleaner, it doesn’t look as clunky, and is definitely one of the more modern Android skins out there.

Given that realme strongly emphasized the #LeapToQuad tagline with the realme 5 Pro, I do expect to see some major improvements in the camera.

The UI here is very familiar, with the addition of a small button to switch to the ultra-wide angle camera. Other features like the Nightscape and Macro modes, are also hidden away in the popup menu which I liked on the realme 3 series, but since there are more features on the realme 5 Pro, the list is also longer than what was on its predecessor, making it slightly less appealing now.

In general, the images from the realme 5 Pro are very good. However the noise reduction algorithm might need a bit of tweaking as it doesn’t seem to be able to properly smooth out noise in the black areas of an otherwise well lit scene. Aside from that, it definitely delivers the goods. The ultra-wide angle camera is a nice addition to the arsenal, although it isn’t the best wide-angle shooter we have seen thus far. realme did try their best to let the camera shine by also applying their superb Nightscape processing to the ultra-wide angle, so you can take ultra-wide shots in low light. Results are impressive. Worth noting that a lot of more premium devices in the market do not offer that capability, so kudos to realme for this.

The macro camera… Well, I have tested smartphones with it, and I still struggle to find a reason to use it more often. The results vary, it can deliver some nice shots in very good lighting, but in poorer lighting, you would do better by using the main camera and just cropping in. The main 48MP camera can actually get in pretty close, as compared to some offerings from the competition, so there’s that too. You can check out the full-sized images here.

realme has once again topped themselves with the realme 5 Pro, offering a huge upgrade over the realme 3 Pro. Raw performance wise, not so much, but the cameras are immensely better. I personally think that is one of the most important aspects of a smartphone, so kudos to realme for throwing in new hardware in that area.

The small upgrade to a USB-C port is also a notable one, considering that some do find it an important feature to look at before deciding on their next smartphone. Also we are now looking at UFS 2.1 storage (again), so all is well.

Priced at exactly the same price (RM1099) as the realme 2 Pro and realme 3 Pro, realme once again offers a lot of bang for your buck with the realme 5 Pro. Sure, the segment is increasingly competitive, but still realme has managed to offer an upgrade without having to jack up the price, which is definitely a commendable move.

Our thanks to realme Malaysia for sending us the realme 5 Pro for review!

Ever wondered how does the realme 5 Pro stand against the vivo S1? Both are priced at RM1099, so which one is the better mid-range device? Find out by watching the video above! 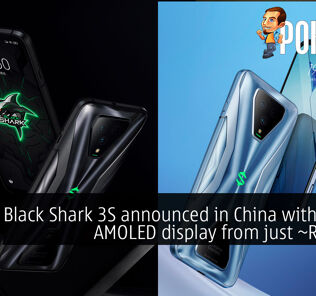 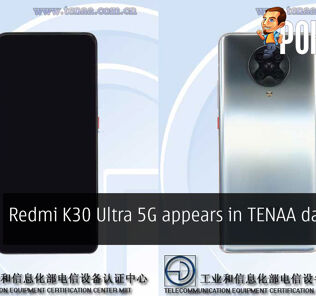 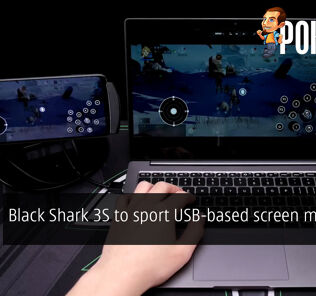 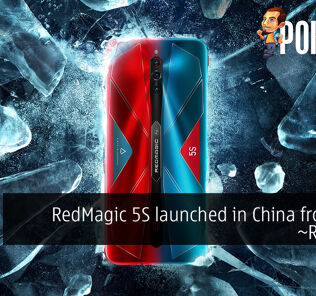 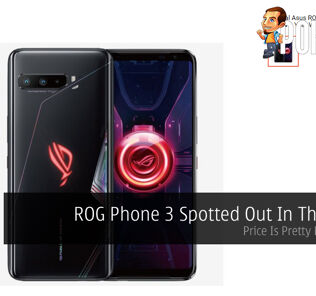 ROG Phone 3 Spotted Out In The Wild! Price Is Pretty Reasonable
Read More
1803

More Than 7000 Digi WiFi Hotspots Now Available In Malaysia
Next 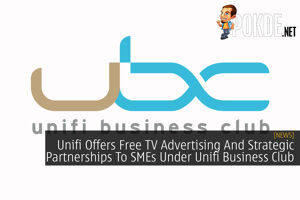