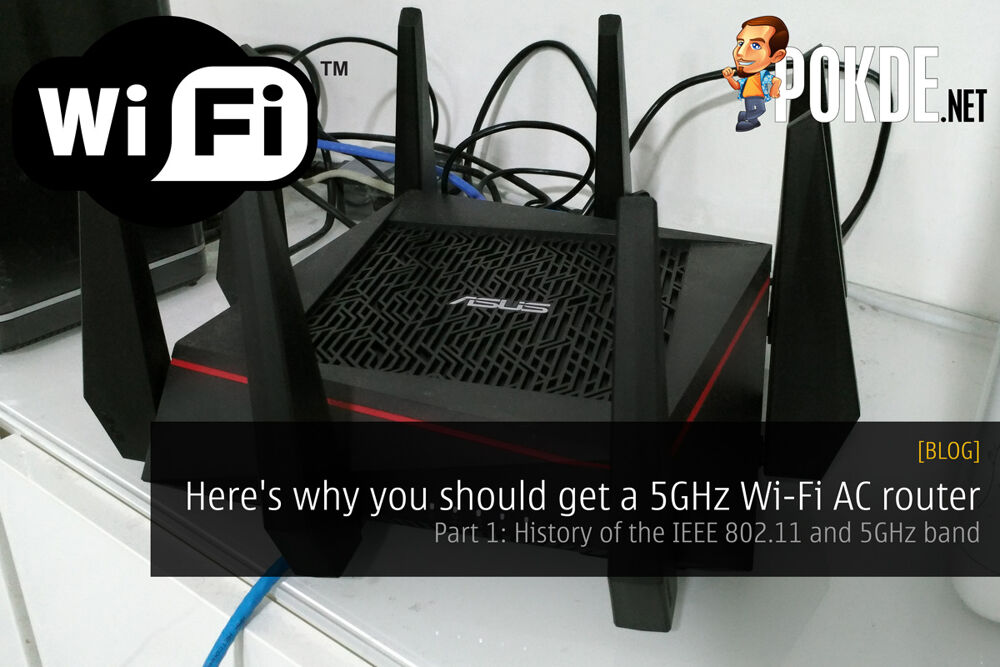 If you have a fibre internet, clocking speeds above 5Mbps and use Wi-Fi heavily, if you do not have 5GHz Wi-Fi band on your router, you’re missing out on a lot of awesomeness. It has its own advantages and disadvantages, but the former surpasses the latter hands down. After all, if you are using any modern flagship smartphone, it’s very likely that you already have a device that supports 5GHz Wi-Fi band and you really should take advantage of the feature. If you’re still wondering whether you should or not, have a word on my personal opinion in this article. I started using 5GHz Wi-Fi around 2011 when I got the ASUS RT-N56U dual-band router which was one of the most powerful router available at that time. Ever since then, 5GHz Wi-Fi band is a must have within my environment.

Basically, the coefficient of the acronym stands for the frequency at which the wireless waves modulate. A 5GHz Wi-Fi is capable of modulating 5 billion times in a second while the 2.4GHz Wi-Fi only modulates half of that. This means that the speed capabilities of 5GHz Wi-Fi is higher than that of 2.4GHz, but it also shortens the wavelength of the band bringing it’s own disadvantages in terms of range.

Take note that that the speed is not only directly proportional to the frequency. The wireless protocol plays a major role in the speed capabilities of the network as well which I’ll explain further. 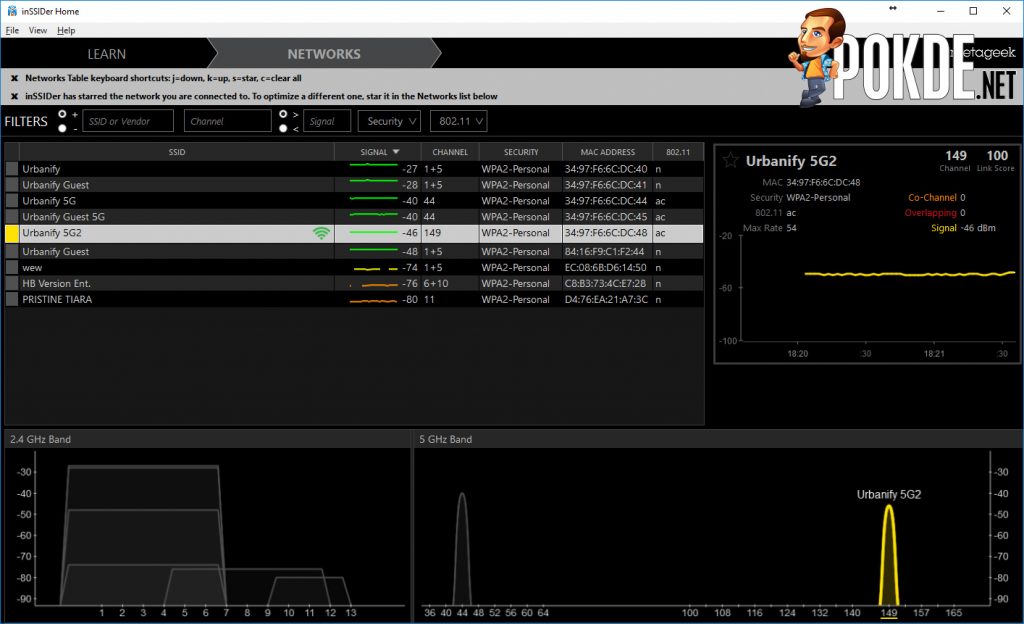 There is no such thing as “too many Wi-Fi SSIDs” :P

5GHz Wi-Fi is not something new though

Sorry to spoil this for you, but 5GHz Wi-Fi band is not really something new. In fact, the first ever Wi-Fi protocol that was introduced in 1999 was a 5GHz spectrum based IEEE 802.11a. However, 802.11a was only capable of delivering maximum data rate of 54Mbps at the time. Since it was a very new technology during its time, the adaptation was rather slow and the learning curve was steep apart from the price of the hardware equipment that was needed to run it. Within a very short period, a new protocol was introduced, the IEEE 802.11b.

802.11b was not much different than the 802.11a but got a lot more traction as it was much more affordable than its earlier sibling. The most significant difference was the fact that it ran at 2.4GHz frequency and had the capabilities of delivering speeds of up to 11Mbps. As you can notice, the maximum speed was slower than the 802.11a but it was much more stable and had lesser likeliness of signal interference. It also solved some major complexity in the 802.11a protocol which made it a preferred choice for consumer market. This was the time when wireless network started its buzz in the market and saw its potential to slowly spread into business entities. However, it needed something more. 802.11b had its fair share of instability issues and needed some addressing, which resulted into a new standard, the IEEE 802.11g.

The 802.11g standard reached the market about 4 years later. The surprising factor for this protocol was that the modulators for 802.11g were already existing in devices before it was made into an acceptable standard. It was sort of a marriage between its earlier protocols as it had a 2.4GHz frequency but supported maximum bandwidths of up to 54Mbps. Its breakthrough was also the fact that 802.11g hardware was backwards compatible with 802.11a and 802.11b and immediately became the most preferred Wi-Fi band. This was also the time when Wi-Fi networks started booming more in homes and personal properties. Of course, cost wise, it was much higher than 802.11b but users who were using high speed internet were more than willing to jump on the bandwagon.

Of course, as speed became more demanding, the need for a quicker wireless LAN was becoming a necessity. After about 5 years or so later, a new protocol was introduced, the IEEE 802.11n. This was when Wi-Fi immediately became very interesting. 802.11n was the first time 5GHz Wi-Fi became a real buzz in the industry. People started referring to it as Wireless-N. Wireless-N was unique in its own way as it supported BOTH 2.4GHz and 5GHz frequencies and was capable of delivering speeds of up to a whopping 600Mbps. There was a problem though. At this point, 2.4GHz band was so widely adapted, most devices were not shipped with 5GHz modulators. In fact, there were Wireless-N routers that did not even include 5GHz in the first place. Then again, high speed internet was still catching up during this era, so the 2.4GHz band was more favoured at this time. This was also the time when I got my ASUS RT-N56U router, which was a dual-band router so it had BOTH bands running concurrently.

The IEEE 802.11ac was probably the most complete solution offered in the market. It started buzzing in the industry circa 2013 and was very highly anticipated as it finally removed all confusion, brought both frequency spectrums together and at almost double the speed of Wireless-N. The traffic in an AC router is segregated into separate SSIDs which requires the hardware to have more processing power and memory than the Wireless-N. Which is also the reason you would see that most AC routers have at least two or more antennas and you are not able to use high-intensity antennas due to its 5GHz bandwidth limitations. Speed wise, the 5GHz band is capable of achieving up to 1300Mbps (gigabit) speeds while the 2.4GHz band is capable of achieving 450Mbps speed. The AC is still a standing standard today and has appeared in various innovation forms such as tri-band Wi-Fi which is mind blowing on its own.

There’s More to it!

Currently, the new buzz in the industry are seeing IEEE 802.11ad protocol that is capable of modulating at 60GHz and 802.11ah that goes up to 900MHz but these are not yet regulated and require in-depth research before they can become an acceptable standard. In reality, there’s actually 802.11a/b/c/d/e/f/g/h/i/j/k/l/m/n/o/p/q/r/s/t/u/v/w/x/y/ai/ah/aq/ak/aj/ax/az/ba/ay and a whole bunch of list that goes on and on. Some are ratified, some are skipped, some are used for security enhancements, some are used for cellular inter-networking. Wi-Fi is a very complex technology and has evolved so much, we just didn’t realise it. Afterall, think about it. You know that something is happening between the router and your smartphone which is opening up a world of possibilities at your fingertips, but its all happening in thin air, not visible to the naked eye, no strings attached. That’s the beauty of the wireless technology and it requires a LOT of study to fully understand the mechanics.

Now that you have clearly understood the differences between the various protocols, we can move on to discuss the actual advantages of using the 5GHz Wi-Fi AC band which is capable of churning speeds of up to 1300Mbps. Gigabit was not new for LAN devices in the days of Wireless-N but it was something that was a dream for Wi-Fi devices. This was fulfilled by 802.11ac. Proceed to our Part 2 to find out the advantages (and disadvantages) of using 5GHz Wi-Fi in 802.11ac. 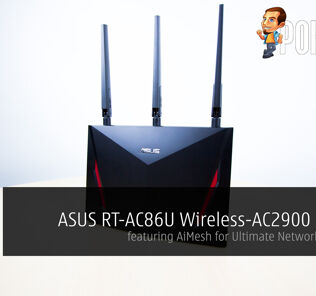 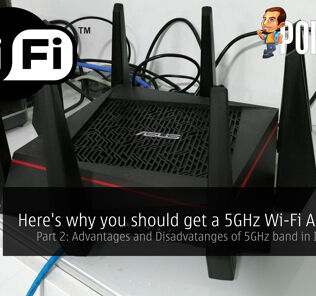 Here’s why you should get a 5GHz Wi-Fi AC router (Part 2: Advantages and Disadvatanges of 5GHz band in IEEE 802...
Comments
Leave a response